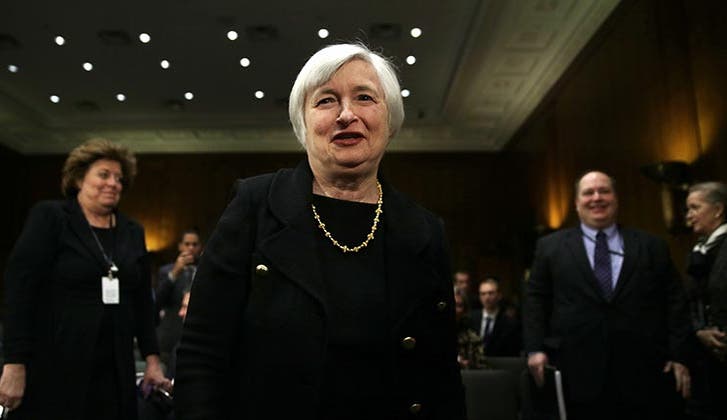 The Federal Reserve faces something of a timing dilemma: Should it raise interest rates in early November or mid-December? Or at all?

Some members of the Federal Open Market Committee (the folks who have an official vote) have been eager to raise interest rates, but they’ve been overruled by a majority of their colleagues. At the same time, it appears a growing number of central bank officials are ready to hike rates before 2016 closed. Last time they did it, financial markets recoiled wildly before settling down a few months later.

RATE SEARCH: Before the Fed makes its move, look into refinancing your home. The timing is perfect. Let Bankrate help.

On the one hand, they risk appearing to be interfering with the election if they raise rates at the meeting concluding this week. It isn’t as much about the appearance of the rate timing as it is concern that the election is followed by a nasty stock market sell-off which could harm the economy.

On the other hand, while they risk looking like the monetary policy equivalent of Grinches who stole Christmas if they wait until the meeting set for Dec. 14-15, that does appear to be the most likely outcome.

“I do expect that the (November) statement will hint quite strongly at a move in December by saying something like, ‘A rate hike by the end of the year is possible (or likely or whatever)’,” says economist Joel Naroff.

Whether looking at the Beige Book report prepared for this week’s meeting or other more recent data, such as third-quarter growth rising at an annual rate of 2.9%, the economy appears to be capable of absorbing a modest rate boost. Still, the recent acceleration is the exception, not the rule. Growth is seen expanding at 2% or below over the next couple of years, at least in the Fed’s view.

What about the two sides of the Fed’s so-called dual mandate: Maximum employment and price stability (or inflation)?

The U.S. economy has added an average of nearly 180,000 jobs so far this year while the unemployment rate is at 5%, remaining below 6% for more than 2 years. Wage growth remains lackluster but is rising slightly with average hourly earnings up 2.6% over the past year. The Fed doesn’t expect the job market to improve substantially from here. In September, the official FOMC statement said “labor market conditions will strengthen somewhat further.” Their projections called for unemployment to range between 4.5% to 4.7% in 2017.

Inflation: Here, the Fed has been waiting for inflation to begin accelerating toward its stated 2% target. The Fed’s assertion that the decline in oil prices would be temporary has been affirmed by the recent surge in the price of crude, helped by OPEC’s agreement to restrict output. The core rate of the consumer price index, which excludes food and energy prices, has been rising at an annual rate of more than 2%.

Try as it might to avoid being political, or appearing that way, the Fed draws its power from the political realm. Its mandate is a function of law. Congress has oversight and regularly holds hearings on the Fed. The president appoints members of the Federal Reserve board and its leaders.

At her most recent news conference in September, Chair Janet Yellen was peppered with questions from reporters about the potential economic impact on the Fed policy and the economy. Knowing that her comments could set off a firestorm in an already incendiary political climate, she told one reporter, “I’m not going to get involved in commenting on the election.”

Still, earlier this year, the FOMC seemed to take a “wait-and-see” stance on policy fearing a potential economic disruption from the “Brexit” vote. As it turned out, there was some wisdom on that because the vote outcome was in stark contrast to what the polls suggested. A few days of market turbulence was seen but now seem like a distant memory. The Fed might be hoping the memory of the U.S. election fades in similar fashion.

If the economy remains stable and financial markets behave, that should be good enough for the Fed to raise interest rates – after the election.

RATE SEARCH: Mortgage rates are low. Now is the time to look into refinancing your home.