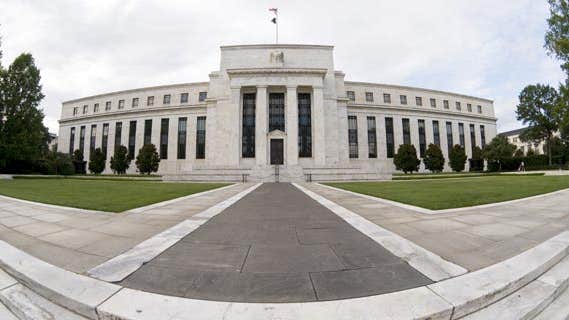 The rate-setting group at the Federal Reserve has met and dropped no bombshells. The Federal Open Market Committee, or FOMC, opted to keep interest rates next to nothing on Wednesday and stressed that the timing of a future rate increase will depend on the economy.

For consumers, that means more of the same: virtually no interest paid on savings and certificates of deposit and very low rates for mortgages and other loans.

For Fed watchers and policy wonks, the statement released at the close of this week’s two-day meeting is the latest salvo in the long slog toward the beginning of a more “normal” monetary policy.

“(Interest rates) don’t need to be zero now in this environment. The FOMC probably wishes rates were up around 1.5 to 2 percent. But they have to get from here to there,” says Scott Wren, senior global equity strategist for Wells Fargo Investment Institute.

That trip may be a bumpy one. And no one knows when it will start.

The only fresh clue offered by policymakers this time was a bit cryptic.

“The Committee anticipates that it will be appropriate to raise the target range for the federal funds rate when it has seen further improvement in the labor market and is reasonably confident that inflation will move back to its 2 percent objective over the medium term,” the statement said.

The most recent reading of employment data showed only 126,000 jobs added in March, and consumer spending was tepid in February. Just hours before the Fed’s announcement, the government said the economy grew at a lackluster 0.2 percent rate during the first quarter.

Manufacturing has lagged. “Industrial output in the U.S. declined, and there have been other sluggish indicators as well. The Fed is also worried about U.S. export growth given the strong dollar,” says James Dorn, vice president for monetary studies and senior fellow at the Cato Institute.

You call that inflation?

Inflation showed signs of stabilizing at the end of February but was still well below the Fed’s 2 percent goal at 1.37 percent, by one measure.

“They continue to beat on this drum that this low rate of inflation is transitory and they see it moving higher down the road. They have been saying that for a long time and it hasn’t happened,” says Wren.

“I think there is more to it than lower energy prices. There is lack of demand and oversupply of labor that is having a continued secular impact on inflation,” he says.

In other words, there are still not enough goods and services being bought, plus an abundance of workers is keeping employers from significantly raising wages. The end result is that the inflation bus remains in neutral.

‘Patient’ no more, but still waiting

The central bank has been backing away from any kind of time-specific language in its policy statements, to give itself more leeway on raising rates.

“Remember they weaned us off the phrase ‘considerable time’ with a (term) that meant the exact same thing: ‘patient,'” says Lindsey Piegza, chief economist at Sterne Agee.

“There has been such undue attention on these little words in the forward guidance,” she says. “They are going to leave the forward guidance as benign as possible saying, ‘We’re data-dependent. When we’re confident that inflation is reversing and we continue to see improvement in the labor market, we’ll be ready to raise rates.'”

Adds Wren of Wells Fargo: “Given the fact that we have monetary policy this easy and rates are at virtually zero percent, they need more prep time.”

But the Fed doesn’t want to surprise you

Even so, the FOMC seems intent on not just telegraphing intentions but explicitly communicating its next move. In March, the policymakers announced that a rate increase was definitely off the table for this week’s meeting. The new statement essentially unchained the committee from any calendar-based expectations, with no specific reference to months, time or patience.

The next gathering of the FOMC, coming June 16-17, will feature a news conference. The light grilling of Fed Chair Janet Yellen should shed some light on the direction of monetary policy and a future rate increase.