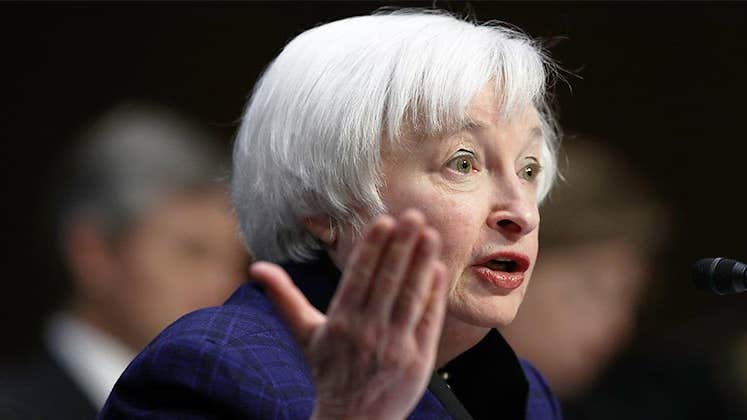 The Federal Reserve has taken a breather on raising interest rates — for now anyway.

Following a two-day meeting, the central bank’s rate-setting committee on Wednesday agreed to keep the federal funds rate unchanged. We’re still on track for what’s expected to be two more rate hikes this year, which means interest rates on credit cards and home equity lines of credit are set to rise.

Before the Fed acts, you should work to reduce your credit card debt or move it to a balance transfer credit card, which could give you a year or longer to pay off what you owe interest-free.

But even though the economy is expanding slowly — annual GDP growth in the first quarter was just 0.7 percent, the lowest level of economic expansion since 2014 — the Fed has signaled it intends to continue gradually increasing rates.

In their statement on Wednesday, Fed policymakers said the first quarter’s sluggishness will likely prove to be “transitory” and said they expect the labor market to strengthen and inflation to stabilize.

“I think the Fed is getting closer and closer to declaring the economy at full employment, which would justify further rate hikes this year,” says Ryan Sweet, director of real-time economics at Moody’s Analytics and editor in chief of Economy.com. “Our assumption is that they’re going to raise rates two more times: June and then again in September.”

Indeed, the CME Group FedWatch Tool — which reflects what the market thinks about the probability of a rate hike — calculated a 67.4 percent chance the Fed will boost rates by a quarter percentage point this summer.

What to do if you own a house or car

Banks often use the prime rate to set interest rates for revolving credit accounts and short-term loans. When the Fed hikes rates, the prime rate typically increases by the same amount. That leaves many borrowers with higher monthly payments.

That’s not necessarily the case for homeowners.

“Fixed mortgage rates are pegged to long-term interest rates,” says Greg McBride, CFA, Bankrate’s chief financial analyst. “The movement on long-term rates is predicated much more on the outlook for the economy and inflation, more so than what the Fed is doing in real time.”

Rates could climb further if the government reports strong employment numbers on April’s jobs report, due out Friday morning. Now might be a good time to shop for a mortgage, in case home loans become more expensive.

For car owners, McBride says the possibility of additional rate hikes is “nothing to lose sleep over.” If your vehicle is in good shape, there’s no need to buy another one or switch to a smaller car.

“Differences in interest rates don’t have the impact on affordability when buying a car that they do when buying a house,” McBride says. “Nobody’s going to have to downsize from the SUV to the compact because rates are going up.”

If you’re in the market now, though, it will pay to finance a car today before rates rise.

What to do with revolving debt

Unlike drivers and homeowners, credit card holders and borrowers with home equity lines of credit tend to see the impact of Fed rate hikes almost immediately.

Interest rates for credit cards and HELOCs are normally set as a percentage on top of the prime rate. Once the federal funds rate goes up, you’ll likely see the change reflected in your annual percentage rate within one or two billing cycles.

Before interest rates rise again, it’s best to knock out as much revolving debt as you can.

There’s more than one debt repayment strategy, but Zaneilia Harris, a certified financial planner in the Washington metro area and president of Harris and Harris Wealth Management Group, suggests paying off the credit card with the lowest balance first. Then rank your credit cards based on their balances and interest rates, lowest to highest.

“Go for the easy one, the low-hanging fruit,” Harris says. “That can motivate you to then look at the ones that have the higher interest rate and then focus in on those.”