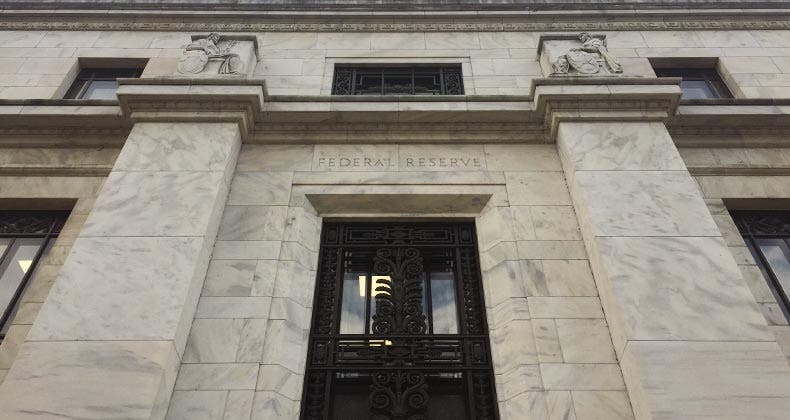 The Federal Reserve has done just what it signaled it would do: Nothing.

At the end of a two-day meeting on Wednesday, the Fed’s rate-setting committee left the target for the federal funds rate unchanged at 0.50 percent to 0.75 percent. That decision is a reprieve, perhaps temporarily, for interest rates on home equity lines of credit and credit cards, which jumped after the Fed raised its benchmark rate in December 2016.

Policymakers noted in a statement that labor conditions and household spending look positive, and that “measures of consumer and business sentiment have improved of late,” perhaps a nod to the new Trump administration.

Although the central bankers offered no clues as to when the next rate hike might happen, they bolstered language in their statement suggesting they would be looking closely for evidence inflation is picking up.

“The Fed knows the inflation numbers are going to start looking different; the key is if inflation moves up any faster than the Fed expects,” says Greg McBride, CFA, Bankrate’s chief financial analyst. “If that happens, the Fed has to raise interest rates more aggressively. Both the bond market and the stock market will take it on the chin.”

Still, the move to stand pat is unsurprising. This was the first gathering since the December meeting, when the Federal Open Market Committee raised rates for the first time in a year and just the second in the last decade. It was also the first meeting since President Donald Trump, who has vowed to shake up employment and tax policy, took office.

“I don’t see the justification for another increase at this time, right after increasing a month ago,” says Alan MacEachin, chief corporate economist at Navy Federal Credit Union. “There is a significant amount of uncertainty out there with regard to the magnitude, scope and potential impact of any Trump administration fiscal plan. All is up in the air.”

The Fed next meets March 14-15, where speculation already has begun about whether that meeting will produce the first rate hike of 2017. The March meeting also will mark the first of the year in which Federal Reserve Board Chair Janet Yellen is expected to hold a post-meeting press conference.

The CME Group FedWatch Index suggests there’s a roughly 20 percent chance the Fed will increase rates at its next meeting. The probability improves to close to 50 percent that by July the FOMC will have increased rates by a quarter percentage point.

Since the Fed’s December meeting, central bankers repeatedly have stressed they intend to boost rates gradually, forecasting three quarter-point hikes for the year spread out over eight meetings.

But any rate changes will be predicated on several things:
1.) Signs that economic conditions continue to improve.
2.) An uptick in inflation.
3.) Better projections about how the Trump administration’s planned stimulus program and trade policies will impact growth.

McBride doubts the Trump administration will have adequately answered its fiscal policy questions in time for the next Fed meeting.

“They’re keeping their options open,” McBride says of FOMC members. “Realistically, I don’t see how we get any clarity on fiscal policy changes until mid-March.”

CARD SEARCH: Protect yourself from the next rate hike. Get a zero percent interest credit card today.

Indeed, the economy continues to show modest gains, with the U.S. unemployment rate standing at 4.7 percent — or close to full employment — the inflation rate has ticked up to 1.7 percent, close to the Fed’s 2 percent goal.

“The Fed is likely to assess incoming data to see if further rate increases are warranted, but they’re not going to do it until the data confirms the move,” MacEachin says. “The last two increases have been widely signaled in advance, and I don’t think they’re going to be any different. They’re not going to want to move until the markets are mostly expecting this.”