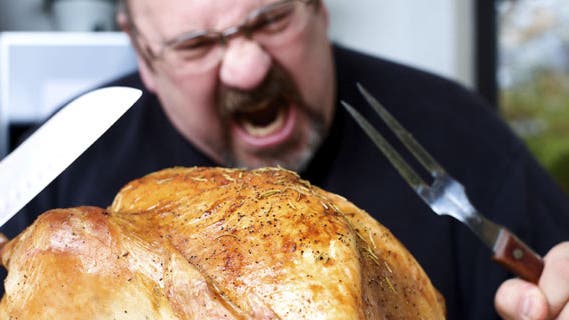 Like starved Thanksgiving diners ready to dive into steaming hot turkey and stuffing, most members of the Federal Reserve’s policymaking committee appear eager to sit down at their long board table and raise interest rates at their last scheduled meeting of 2015.

That highly anticipated gathering is less than a month away and will culminate in an announcement 9 days before Christmas. Recent public comments by a host of Fed officials and just-released minutes from the Oct. 27-28 meeting all point to the likelihood of the 1st such interest rate increase in nearly a decade.

Behind the scenes of the October meeting

The meeting minutes indicate that, “Some participants thought that the conditions for beginning the policy normalization process had already been met” in October. “Normalization” is Fed-speak for raising benchmark interest rates from record-low levels.

Even more telling, the document says, “Most participants anticipated that, based on their assessment of the current economic situation and their outlook for economic activity, the labor market, and inflation, these conditions (for a rate hike) could well be met by the time of the next meeting” in December.

Comments made in public by Federal Reserve officials amount to a drumbeat sounding a call for so-called “liftoff” in rates. Among them:

Since the October meeting …

A whirlwind of events has occurred since the Fed last met. The world was shaken by the deadly terror attacks Friday in Paris and ensuing heightened tensions. There’s no indication, however, that the seemingly modest economic impact will compel the Fed to delay a rate boost.

Indeed, the Richmond Fed’s Lacker has said, “We’ve been through episodes like this before in which some disruption of a certain geopolitical or military nature affects things. For a time, people can get cautious and pull back a little bit. These tend to be transitory.”

Earlier this month, the Labor Department reported that employers added 271,000 jobs in October, substantially more than expected. Wage growth, or average hourly earnings, was reported to have accelerated, up 2.5% over the past year. There’s one more jobs report due for release before the Fed’s last scheduled meeting of the year, Dec. 15-16.

“If the next job report is even close to as positive as the last, it appears a majority would be in favor of raising rates in December,” says Brad McMillan, chief investment officer with Commonwealth Financial Network.

The stock market has appeared to embrace the seemingly growing possibility of a rate hike. The major stock averages remained in positive territory after release of the hawkish October minutes on Wednesday. Commonwealth Financial’s McMillan says he believes stocks should remain in rally mode in the face of Fed action.

“Any rate increase would be expected, well telegraphed, and signal a more positive Fed view on the economy. Early rate increases have historically been good for the market, and I would expect that to continue,” he says.