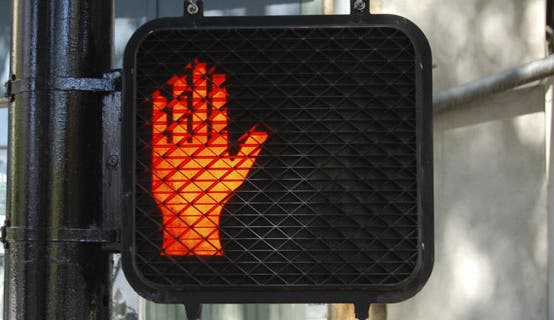 The Federal Reserve has ended all the suspense by announcing that it declined to make a move with interest rates during this week’s policy meeting.

Given the lack of inflationary pressure in the U.S., a preponderance of tepid economic data and political and economic turmoil across the globe, the central bank peeked over the edge of the economic abyss and said “not yet” to the prospect of hiking rates.

“Recent global economic and financial developments may restrain economic activity somewhat and are likely to put further downward pressure on inflation in the near term,” Fed policymakers said Thursday, in the statement announcing their decision to leave rates at record lows.

Just what many were expecting

The Fed’s lack of action doesn’t surprise Tim Duy, a professor of practice in the economics department at the University of Oregon.

“Inflation data has not been terribly conducive to the argument for higher interest rates,” he says. The most recent reading of the personal consumption expenditures (PCE) index, which is watched closely by the Fed, put inflation around 1.2%. That’s well below the central bank’s goal of 2%.

The Federal Reserve may have learned from other “false starts” with interest rates, such as those by the European Central Bank and Norway.

“They moved to raise rates and had to lower them when their economies weren’t recovering as quickly as they thought,” says Robert R. Johnson, president and CEO of The American College of Financial Services and author of “Invest With the Fed.”

Yellen: The Fed wants to wait

“The recovery from the Great Recession has advanced sufficiently far, and domestic spending appears sufficiently robust, that an argument can be made for a rise in interest rates at this time,” Federal Reserve Board Chair Janet Yellen told reporters, at a news conference following the Fed meeting.

But she said the central bank wants to wait, in light of “heightened uncertainties abroad” and disappointingly weak inflation.

Bankrate’s Mark Hamrick was in the room for Yellen’s news conference:

What does it mean for you?

Interest rates remain very low, essentially 0. Since December 2008, the rate-setting group at the Fed — the Federal Open Market Committee, or FOMC — has targeted a level between 0 and 25 basis points (0-0.25%) for the central bank’s benchmark federal funds rate. In recent months it has averaged 0.14%.

Consumers feel the effect of the Fed’s monetary policy right in the pocketbook. Both the cost of borrowing and the interest on savings from bank products, such as certificates of deposit, are influenced by the central bank.

“It hurts you if you have all cash, but a lot of people own stocks or bonds,” says CFP professional Peter Lazaroff, a wealth manager at Plancorp in St. Louis.

Some of the benefits of very low rates for borrowers may have mitigated the stingy returns on savings. “Most people have a mortgage and have been able to refinance,” Lazaroff notes.

In their economic projections released along with the Fed’s statement, 13 of 17 FOMC members and Federal Reserve bank presidents say they expect the central bank will raise interest rates before 2015 is out. 3 others say the 1st rate hike will come in 2016, while 1 says it won’t happen until 2017.

In testimony to Congress in July, Yellen indicated that the central bank is ready to raise rates this year, providing that all the economic numbers fall into line.

“(Yellen) has said they are ‘data-dependent.’ If you look at just the domestic economy, besides oil and commodity prices, the domestic economy is doing pretty well,” says Robert Barone, economist and founder of Universal Value Advisors in Reno, Nevada.

“High auto sales, all of the services are doing well, restaurants are up, hotels and airlines are full, gas is down. The U.S. is doing well,” he says. “If you just looked at that, we’d say, ‘We need to raise (interest rates).’ But we live in a world economy and have to be conscious of what is going on there.”

And there is a lot going on in the world. The question going forward will be how heavily does the rest of the world weigh on the U.S. economy and the minds of policymakers at the Fed?