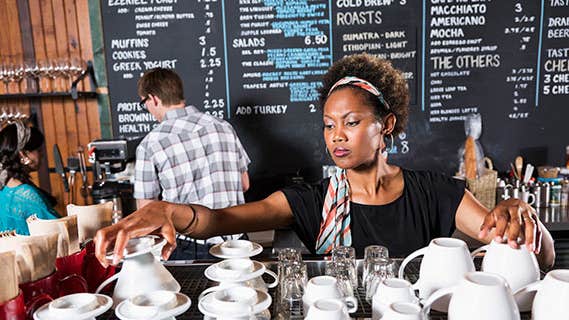 We’ll get a snapshot of the workforce this Friday when the Labor Department releases its May jobs report.

Millions of newcomers typically enter the workforce this time of year, including recent college graduates and high school students who want a summer job.

From unemployment numbers to a possible rate hike from the Federal Reserve, there are plenty of reasons to take notice.

How many jobs did we add in May?

Another key metric to watch: the jobless rate. The nation’s headline unemployment rate has stood below 6% since October 2014 and was 5% in April.

In the “brother can you spare a raise?” department: We’ll be looking for a clue about whether wage growth is picking up. The main measure here, called “average hourly earnings,” has risen at a less-than-stellar rate of 2.5% over the previous year through the most recent report.

What about people staying or leaving the workforce?

The percentage of people either working or searching for work fell to 62.8% in April, an indication of continued slack in the job market.

Yes, many baby boomers are retiring and young people are going to college, but some folks have given up looking for work.

So how does this affect the Fed?

This will be the final employment report before the June Fed meeting. Some Fed officials are eager to raise rates. And this may prove to be a heated debate among central bankers led by Chair Janet Yellen.

“While we disagree that lackluster, moderate conditions warrant a second rate increase in June, policy officials appear well-positioned to offer a near-term rate hike given the threshold for a further removal of accommodation has been lowered so dramatically. The Fed is not looking for strong or solid; moderate is good enough,” says economist Lindsey Piegza with Stifel.

But economist Joel Naroff cautions the Fed also wants to see better news on worker pay. “This one report will be important but not the only one the members will consider, unless it is off the charts,” says Naroff with Naroff Economic Advisors.

It appears more likely that they will wait until the July 26-27 meeting (or later). That will be after yet another set of monthly employment numbers and the June 23 Brexit vote on whether Britain should remain in the European Union. If the referendum were to be approved, there are fears it could disrupt financial markets, causing a problem for the Fed and other central banks.

Now that school’s out for the summer, more than a million students will go to work for the next few months. Figures from the Labor Department indicate only about a third of eligible teens are in the workforce in the current era, compared with 50% or more in decades past.

“Summer and part-time jobs offer an opportunity to take off the training wheels and get a taste of the working world. They’re an important reality check and often help young people make better educational and career choices,” says Holly Teska, managing principal at North America at Right Management.

There’s another benefit from working a summer job: experience handling money. “Learning to budget for daily expenses and getting in the habit of saving money can also be valuable outcomes,” Teska says.

For workers young and old, earning money and learning to manage it is a good problem to have.