President Trump: What will we see in first 100 days? 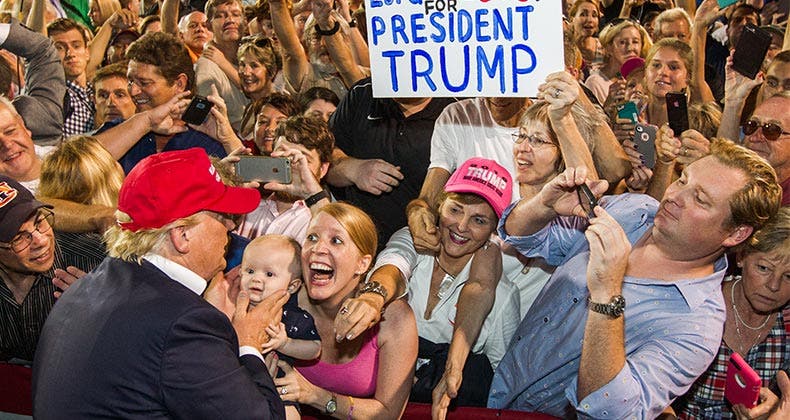 Donald Trump’s victory was a polling surprise, but he has had plans for some time for making a big splash when he enters the White House.

That would make this unconventional candidate very conventional when it comes to new presidents.

When Franklin Roosevelt assumed the presidency on March 4, 1933, the United States was on the brink, with joblessness and homelessness gripping the country.

But Roosevelt’s approach to his first 100 days in office was a roaring success, as he cajoled Congress to approve the foundation of what was to become the New Deal. His efforts eventually brought the nation out of the Great Depression and set the tradition of presidents and the opening sprint.

With GOP control of Congress, Trump might have a fairly easy time pushing his agenda forward, particularly on issues that have been at the core of Republican philosophy.

RATE SEARCH: Looking for a safe place to store your cash? Open a savings account today.

First, Trump may have to tamp down doubts about his own abilities to govern before — and after — he takes office, as the stock market is expected to fall in the wake of his victory. (A reminder: If you’re investing in the market for retirement, today you should be thinking about the long-term.)

If Trump can weather whatever storm of uncertainty his presidency stirs up, he has laid out an ambitious outline for what he wants to accomplish during his first few months in office.

Trump has long derided the effects of the North American Free Trade Agreement, calling the pact between the U.S., Canada and Mexico the worst trade agreement the country has ever signed. He has pledged to renegotiate or withdraw the country from NAFTA, which he has called a job-killer.

The president-elect also promises to kill U.S. support for the 12-country Trans-Pacific Partnership, another trade agreement, albeit one that has not been ratified.

Further, Trump says he will approve “vital energy infrastructure projects, like the Keystone Pipeline,” which would allow for an increased oil supply from Canada.

Trump has sided with his Republican counterparts in the House and Senate when it comes to repealing the Affordable Care Act. He has promised to make this one of the first things he pushes when he enters the White House, calling for a rollback of President Obama’s signature legislation during a special session of Congress.

During his first 100 days in office, Trump has pledged to “begin removing the more than 2 million criminal illegal immigrants from the country and cancel visas to foreign countries that won’t take them back,” according to his website.

He’s talking about people here illegally who have been convicted of a crime, although it’s not clear if his figure is correct.

Earlier this year, Trump released a list of 20 judges from which he said he would pick future nominees to the Supreme Court. Up first, replacing Justice Antonin Scalia, who died in February, leaving a vacant seat that Republicans in the Senate have refused to let Obama fill.

A recent analysis in The New York Times found that the ideology of potential Trump nominees are “widely dispersed.”

Trump has called for broad tax cuts for both individual taxpayers and businesses. Most Americans would see an increase in take-home pay as a result of Trump’s policies, although the non-partisan Tax Foundation found that Trump’s plan could lead to significantly higher budget deficits.

During recent Trump rallies, he has focused on a theme of “draining the swamp.”

I will Make Our Government Honest Again — believe me. But first, I'm going to have to #DrainTheSwamp in DC. https://t.co/m1lMAQPnIb

The policies attached to this meme focus on changing how politicians and bureaucrats work in Washington, D.C. Trump says he will: