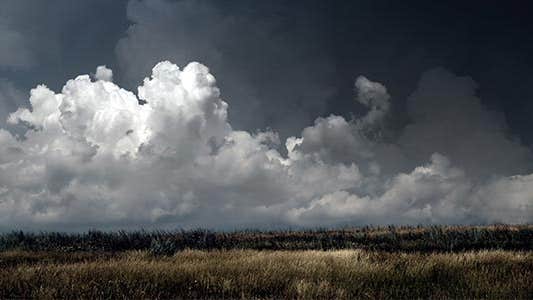 We’ll hear from the head of the Fed

Before the dour May jobs report earlier this month, we thought the Fed would possibly raise rates this month, and definitely in July. Now, even July is in question. Investors are betting the next rate hike is months away. But ultimately it’s up to the Federal Reserve to answer that question.

Between lackluster economic data and next week’s Brexit vote, most Federal Reserve officials are hesitant to move rates this month.

Yellen will answer questions at a press conference after this week’s meeting. I’ll be in the house, so follow me on Twitter for updates. Also, the Federal Open Market Committee members will release projections for the economy, including the possible future path of interest rates, also known as the “dot plot.”

Globalization has hit a wall — or a proposed, threatened wall. Reflected in Donald Trump’s talk of building a wall between the U.S. and Mexico and his call to impose stiff tariffs on imported goods, the U.S. is among nations experiencing a backlash against globalization. The Brexit referendum is another example.

A recent survey from the National Association for Business Economics found “the rise of nationalist views such as trade protectionism around the world” is a key factor that could hurt global economic growth. A majority of those responding said the U.S. election is causing uncertainty and dampening their expectations for economic growth this year.

The global growth outlook has disappointed more often than not over the past 5 years. The latest example? The World Bank downgraded the outlook for 2016 global growth to just 2.4%, down from the forecast of 2.9% issued in January.

Among the risks cited are:

Your investments may take a hit this summer

If you’re watching the key stock market averages, it might seem a bit like “Groundhog Day.” Yes, we’ve been here before. Stocks took a decent hit on Friday but have been trending in the right direction over the past few months. Even with the recent bounce, history suggests some kind of pullback is due in the coming months.

Stovall notes that May through October is often called the “Sell in May” period, linked to the axiom to sell in May and go away or to take a more optimistic approach to stocks later in the year.

As he watched the market rally last week taking the S&P 500 to its highest level of the year, Stovall noted that the outlook for less-than-stellar corporate earnings poses a risk for the market. He said “earnings per share growth forecasts need to improve, or inflationary expectations must decline” if the stock market is to go substantially higher.

This is why you can’t get any work done

Are you reading this on a smartphone? Might want to keep that under your belt, but I won’t tell. CareerBuilder asked employers to name the biggest productivity killers in the workplace. How many of these are you guilty of?

Some 76% of employers have taken at least one step to curb work distractions. Among those employers, 26% have instituted bans on cellphone use.

I can’t help but wonder whether these same managers are just as careful about managing their own time at work. Now back to your smoke break or Snapchat.