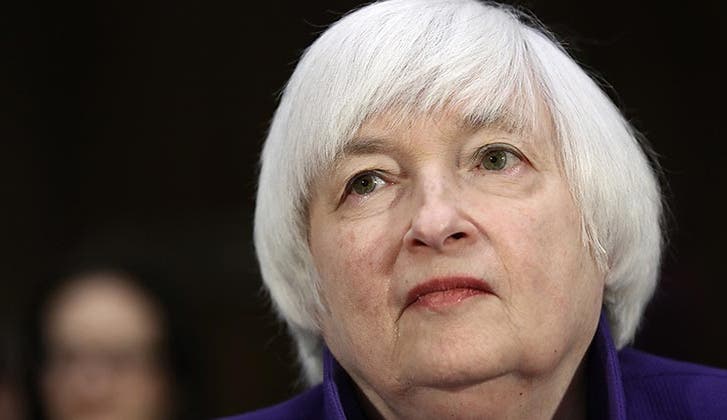 What if a friend who owed you money promised to pay you back “fairly soon”?

You’d probably be a bit frustrated that there wasn’t more of a specific promise on the timing.

That’s about where we stand with the Federal Reserve’s approach toward a possible future interest rate hike.

It appears eager to get on with the process of boosting rates, but it also is concerned about pulling the trigger too quickly. The central bank last boosted benchmark rates in December, for only the second time in a year.

Minutes released from the most recent meeting, which ended Feb. 1, indicate policymakers are clearly focused on the possibility of raising rates “fairly soon,” as they say.

They’re being vague for a reason, of course. Since we’re told that their economic forecasts had changed little since December, we can surmise that they’re still on track for as many as three rate hikes this year.

We’ll know more when they release the updated summary of economic projections at the upcoming meeting in mid-March.

“The most likely scenario for the March meeting is that the committee will hold off on a rate hike with some of the more hawkish members objecting, thereby setting the stage for a rate increase in the second quarter,” said Curt Long, chief economist, National Association of Federally-Insured Credit Unions.

During her two days of testimony to members of Congress last week, Chair Janet Yellen took a similar, non-committal approach to the timing of rate hikes.

Still, her remarks were seen underscoring the likelihood of more rate boosts this year.

She mentioned potential risks to the economy if the Fed failed to boost rates as needed.

“Waiting too long to remove accommodation would be unwise, potentially requiring the FOMC to eventually raise rates rapidly, which could risk disrupting financial markets and pushing the economy into recession,” Yellen said.

When the Federal Reserve boosts the benchmark federal funds rate, it has an impact on interest charged borrowers on things like credit cards, personal loans and home equity lines of credits.

Many savers, who have gone for years without getting a substantial return on their savings, see a benefit in the form of higher interest paid.

Most recently, Bankrate’s survey of rates paid on certificates of deposit finds that the average for both 1 and 5-year CD’s have risen above 1 percent.

If the Fed were seen getting substantially more aggressive with rates, that could take some of the steam out of the red-hot stock market.

Clearly, most stock investors aren’t concerned about that at the moment, based on the series of records set by the major stock averages.

While the minutes don’t mention specific policies (or even the president and Congress) by name, the reference to “more expansionary fiscal policy” is a nod to President Donald Trump’s hopes to give economic growth a substantial lift.

In a speech to a joint session of Congress next week, Trump is expected to press for legislation including tax reform, infrastructure spending and reduced regulation.

If growth were to substantially accelerate, it could encourage the Fed to opt for a steeper trajectory of rate hikes down the road. But growth isn’t expected to rise much this year.

Reflecting conflicting outlooks at the Fed, the minutes indicate that several members noted concern about downside risks if the dollar were to further strengthen or if foreign economies falter.

Economists and others are concerned that tariffs or a so-called border tax could also backfire, causing a rapid rise in consumer prices with the effect of hampering growth.

The FOMC’s focus on so-called “considerable uncertainty” associated with yet-to-be implemented policies of the Trump administration and Congress remind us that officials want to see the specifics as well as their eventual impacts on the economy. Unlike investors, they don’t want to bet one way or the other for fear of making a serious misstep that itself could make their jobs more difficult.