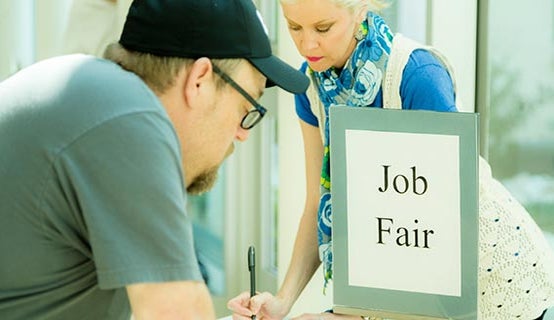 The Labor Department this week releases the monthly jobs report for December. This will be the final report covering employment for 2015, and it comes after the Federal Reserve raised interest rates for the first time in nearly a decade.

Here are some of the key issues to watch:

1. Pay raises. Will we see further acceleration in wage gains, meaning will Americans see meaningful pay raises? Average hourly earnings have risen more than 2% in both of the previous jobs reports. Federal Reserve Board Chair Janet Yellen says if the job market continues to improve, further “slack” should be removed also.

2. Where’s the bottom? While the unemployment rate at 5% is said to be near “full employment,” the truth is we won’t know where that is until we see substantial inflation/wage gains, or after the fact. The supply of available workers is a key issue here. We know that more baby boomers are retiring, more young people are staying in high school and college (removing them from the workforce, for now) and women are not entering the job market as they have in past decades. These things could contribute to tightness in the job market.

3. Rate hikes. As we monitor the December employment data due in the coming days, it and other data points will help dictate whether we have further interest rate hikes in store. Members of the Federal Open Market Committee signaled in December that there could be as many as 4 rate hikes coming in 2016. If the economy slows or speeds up substantially, the Fed policymakers will adjust accordingly. The central bank meets again at the end of January but is not expected to raise rates again just yet.

4. Strong vs. weak sectors? Among job-creating sectors, we saw construction surge in November, while manufacturing remained little changed. Further improvement in the housing market is expected in the months ahead. But manufacturing is struggling because of weakness in the global economy and the strong dollar (which makes American-made goods more expensive outside our borders). We know the energy sector continues to retrench in the face of the sharp drop in oil prices and other commodities.

5. Final numbers for 2015. With release of the December jobs numbers, we’ll have a good idea how the entire year looked for jobs creation and where the jobless rate ended. Coming into the report, the Labor Department said that 2.3 million jobs had been added to payrolls so far in 2015, not quite as strong as the pace seen for all of 2014. There will be further revisions of the jobs totals in coming months, so the early versions will be written in virtual pencil.

6. The Washington ‘problem.’ Surveys of employers, such as by the Business Roundtable and the National Federation of Independent Business, have tended to indicate that the lack of ability to know what the federal government will be doing in the months ahead (or its unwillingness to resolve lingering issues such as the complicated and uncompetitive U.S. tax system, and immigration) weighs on their confidence in hiring. As this fall’s general election draws nearer, Washington woes could loom as a bigger problem possibly restraining hiring.