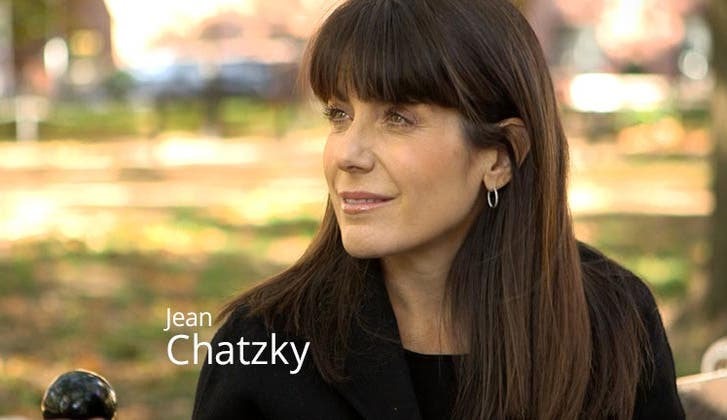 Jean Chatzky: Is it more expensive to be single versus married?

Jon Birger:   It’s more expensive to be single, yeah, because you think about how expensive dating is. All those dinners, wardrobe, things like that. There isn’t quite this pressure on married people to be presentable all the time the same way there is for young singles.

Jean: When we look at the world today and the world of dating, how bad is it for women?

Jon: Well, it’s really bad for college-educated women if they want to marry a college- educated man. I got a tweet the other day from a woman who told me she met her husband after she unchecked “education” on her online dating site.

Jean: As we see more women out-earning their spouses or more women with higher earning power, do you think there will be greater acceptance of the fact that men will, in some cases, be the lower earners and the ones that are more flexible to be home?

Jon:  Just from a practical standpoint for a high-powered career woman, having a spouse with more free time I think makes a lot of sense. You don’t have to marry an electrician or a plumber or a fireman.

Jon: Exactly, but just open your mind to the possibility and I think that you will find that your dating market will improve.

Why it’s getting worse out there for successful women

Jean: As you look into the educational forecasts, is this going to get worse?

Why a diploma will seal the deal

Jean: How has the online world been affected by these skewed ratios?

Jon: Online dating is kind of like picking options on a car. You check off the boxes that you want. The power steering, or the heated seats. Or in the case of dating, height, race, dog person, cat person — that kind of thing. I do think online dating exacerbates this thing of college grads only dating other college grads.

Moving here will find you an educated man

Jean: Where’s the best place in the country to be a woman if you want to get married?

Jean: Is that what they call it?

Jon: Yeah, they call it Man Jose. However, for a young woman just graduating from college or just starting out her career, if marriage is really important to her, there are cities like San Francisco, San Jose, Denver, Seattle, San Diego, where the numbers are better for college-grad women.

Jean Chatzky, an award-winning journalist and bestselling author, is the financial editor for NBC’s <i>Today</i>, host of <i>Money Matters with Jean Chatzky</i> on RLTV, AARP’s Finance Ambassador, and a contributing editor for Fortune magazine. She blogs at <a href="http://www.JeanChatzky.com">JeanChatzky.com</a>. Jean is the author of eight books, including the recent <i>New York Times</i> bestseller <i>Money 911: Your Most Pressing Money Questions Answered, Your Money Emergencies Solved</i>. Her book <i>The Difference: How Anyone Can Prosper in Even the Toughest Times</i> (Crown Business), received the <i>Books for a Better Life</i> award in the Personal Finance category. She is also the author of <i>Pay It Down: From Debt to Wealth on $10 A Day</i> (<i>New York Times</i> and <i>Business Week</i> best seller) which was featured on <i>The Oprah Winfrey Show’</i>s successful Debt Diet series. In March 2012, Jean released <i>Money Rules: The Simple Path to Lifelong Security</i>. And in April 2013 she launched JEAN CHATZKY’S MONEY SCHOOL, a series of monthly, college-style, interactive online personal finance courses that give men and women across the country the opportunity to learn from and interact directly with her. Jean is a sought-after motivational speaker, as well as a respected consultant to businesses and company executives. She also regularly shares her advice and opinions as a guest on popular television shows, including <i>The View, The Talk,</i> and <i>Morning Joe</i>, and made regular appearances on <i>The Oprah Winfrey Show</i>. Jean’s personal finance advice can also be found regularly in numerous print publications including <i>Glamour, Women’s Health, Prevention, Redbook, USA Weekend</i>, and more. In 2009, the Consumer Federation of America awarded Jean the Betty Furness Consumer Media Service Award for her nearly two decades of pioneering personal finance education. She has also received the Clarion Award for magazine columns from the Association of Woman in Communications and a Gracie Award from American Women in Radio and Television, Inc. <i>The Chicago Tribune</i> named Jean one of the country’s best magazine columnists. In addition to her professional work, Jean serves on the board of the Children’s Heart Foundation, and the National Foundation for Credit Counseling. A proud graduate of the University of Pennsylvania, she is also a member of the Trustees’ Council of Penn Women and on the alumni/student board of The Daily Pennsylvanian. Jean lives with her family in Westchester County, New York.