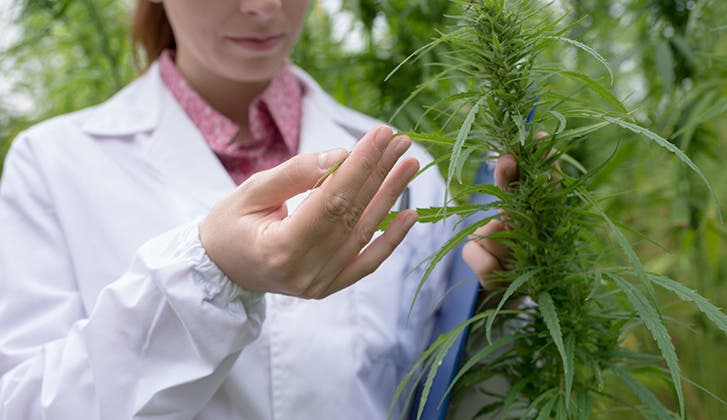 Washington State wants to tax carbon emissions. San Francisco is taking another stab at a soda tax. A couple of states want to tax their richer residents more. And 5 are looking at legalizing and taxing marijuana.

These are just a few of the tax-related decisions that voters across the United States will be asked to make on Nov. 8.

This year, 163 statewide ballot measures have been certified for the ballot in 35 states, according to Ballotpedia. The online tracking of national voter initiatives is a project of the nonprofit Lucy Burns Institute.

Taxes are involved in around 2 dozen state-wide ballot measures and more at local levels. These measures, says Ballotpedia, mean that more than 123 million Americans could see changes in tax policy in their states depending on their votes in November.

Here’s a closer look at some of the tax-related ballot initiatives that the electorate will decide on this year.

California Proposition 55 would allow the Golden State to continue to collect an added personal-income tax on incomes, under current inflation-adjusted amounts of $263,000 by single taxpayers and $526,000 made by married-filing-jointly taxpayers.

The measure also is known as the Extension of the Proposition 30 Income Tax Increase. Proposition 30 is an income tax on higher earners that was approved in 2012, and is scheduled to start phasing out in 2018. As the ballot measure’s name indicates, it would halt that phase-out and extend the tax, which funds state education and health care programs through 2030.

Across the country in Maine, voters will decide the fate of Question 2, which calls for an additional 3% surcharge on the amount of residents’ household incomes that exceed $200,000 a year. The added tax money would be earmarked for kindergarten through 12th grade public education programs.

Initiatives designed to legalize and tax recreational marijuana are on the ballot in 5 states in 2016: Arizona, California, Maine, Massachusetts and Nevada.

Medical marijuana has been legal in Arizona since 1996, but if voters approve the Arizona Marijuana Legalization Initiative, also known as Proposition 205, persons aged 21 or older could legally possess and consume pot for their own recreational purposes.

The Grand Canyon State initiative includes a 15% tax on the sale of marijuana. The new revenue would go into a marijuana fund, which would be shared by various state departments, as well as with localities where marijuana establishments exist, and schools and health services.

Proposition 64, popularly known as the Adult Use of Marijuana Act, would legalize recreational marijuana and hemp and establish 2 new weed-related excise taxes in the Golden State.

The second new pot tax would be a 15% levy on the retail price of marijuana. Taxes would be adjusted for inflation starting in 2020.

In addition, local California governments could levy their own marijuana taxes.

Medical marijuana has been legal in Maine since 1999. If Question 1 passes, recreational weed also would be OK for individuals age 21 or older. The proposal, also known as the Maine Marijuana Legalization Measure, would allow adults to possess up to 2 1/2 ounces of marijuana and grow 6 plants.

Marijuana sales would include a 10% tax in addition to Maine’s 5.5% sales tax. The revenues, estimated to be $2.8 million in fiscal year 2017-18, and growing to an estimated $10.7 million in subsequent years, would go primarily into Maine’s general fund.

The Massachusetts Marijuana Legalization Initiative, which will show up on that state’s ballots as Question 4, would legalize recreational marijuana and regulate it much the same way the state already does with alcoholic beverages.

Medical marijuana already is legal in the Bay State, but if Question 4 passes, individuals age 21 or older would be allowed to grow up to 6 pot plants and possess less than 10 ounces of weed in their homes, as well as carry less than 1 ounce in public.

Retail marijuana sales would be subject to Massachusetts’ sales tax and an additional 3.75% excise tax. Local municipalities, if they choose, could add another 2% tax to retail sales.

Revenue from the new taxes, along with license application fees and fines for violations of the law by minors would be placed in a Marijuana Regulation Fund to help to pay for the new law’s administrative costs.

The Nevada Marijuana Legalization Initiative, which will be Question 2 on the ballot, would legalize recreational use by individuals age 21 or older. They could buy and possess up to 1 ounce of weed and grow up to 6 plants in their homes. Medicinal use of marijuana has been legal in the Silver State since 2000.

The initiative also calls for a new 15% excise tax on wholesale marijuana sales. The tax money would be directed toward enforcing the legalized pot measure and for schools.

RATE SEARCH: In the market for a rewards credit card? Find and apply for credit cards from Bankrate’s partners today.

Another form of smoking also is facing some new taxation. Ballot initiatives before Colorado, Missouri and North Dakota this Election Day will increase taxes on tobacco products.

The added tobacco tax money in the Rocky Mountain State would go to, among other things:

North Dakota voters will decide Initiated Statutory Measure 4, which proposes increasing the state’s tax on cigarettes from 44 cents per pack to $2.20 per pack. It also would hike the tax on all other tobacco products from 28% of the wholesale purchase price to 56% of the wholesale price. The measure also would add liquid nicotine and electronic inhalation devices to the list of taxable tobacco products.

Missouri is doubling down on its tobacco tax initiatives.

Constitutional Amendment 3 would, if approved, increase the tax on cigarette packs from 17 cents to 77 cents in 15-cent annual increments by 2020. It also would impose an additional fee on tobacco wholesalers at an initial rate of 67 cents per pack.

Also on the Missouri ballot is Proposition A, which seeks a 23 cents per pack tax increase on cigarettes by 2021.

If both Amendment 3 and Proposition A pass, Amendment 3 would be implemented since it has precedence as a constitutional amendment.

Washington State could become the first state to impose a carbon tax if its voters pass Initiative 732 in November.

The measure would institute a carbon emission tax on the sale or use of certain fossil fuels and fossil-fuel-generated electricity. The tax rate would be $15 per metric ton of emissions in July 2017, increasing to $25 in July 2018 and then 3.5% plus inflation each year until the tax reaches $100 per metric ton.

The tax would be phased in more slowly for farmers and nonprofit transportation providers.

Not sweet on sugary drinks

A local initiative also is getting attention this election year. Advocates of San Francisco’s Proposition V are hoping their city joins its neighbor across the bay in instituting a sugar-sweetened beverages tax. A similar San Francisco ballot initiative failed in 2014.

San Francisco’s 2016 tax proposal would not apply to retail sales. Rather, the ballot question would have the city collect a tax of 1 cent per ounce from distributors of sugar-sweetened beverages.

For the San Francisco ballot question’s purposes, a sugar-sweetened beverage is a drink that contains added sugar and 25 or more calories per 12 ounces. This encompasses some soft drinks, sports drinks, iced tea, juice drinks and energy drinks. The tax also would apply to syrups and powders that can be made into sugar-sweetened beverages, like fountain drinks from beverage-dispensing machines.

Some products, however, would be exempt. Drinks that would not be taxed include:

Berkeley, California, approved its so-called soda tax in 2014. That city has raised, according to tax advocates, almost $2 million dollars a year to fund health programs.

Supporters of the San Francisco sugar-sweetened beverage tax say it could generate $15 million annually, and that the city could use it for health-education programs.