The summer vacation clock is counting down. That means kids are complaining about going back to school and parents are worrying about the cost to send the youngsters to class.

But that financial fretting might be alleviated somewhat for consumers in 14 states and the District of Columbia where tax-free shopping events will soon be held.

These so-called tax-free holidays are annual fixtures in a handful of jurisdictions, as tax collectors take a brief, legislatively mandated break from collecting the state sales levy on select items — usually back-to-school supplies and clothing.

Most of the events are in early August and last anywhere from a couple of days to more than a week. In many cases, local tax officials also forgo collection of their additional sales-tax assessments.

Financial challenges in some states, however, are forcing lawmakers to halt these popular tax holidays. Florida used to hold two sales-tax-free holidays, one in the spring to encourage residents to buy hurricane season supplies and a second during late summer’s prime back-to-school shopping period. But for the last two years, Sunshine State shoppers have had neither.

Massachusetts initiated its sales tax holiday in 2004, but has been having second thoughts of late. Last year, lawmakers did approve the holiday, but not until the very last minute. However, Gov. Deval Patrick signed a fiscal year 2010 budget that doesn’t include a sales tax holiday. Such an event this year, said Patrick, is not likely given the current economic times.

And on July 20, the District of Columbia Office of Tax and Revenue announced that the August 2009 tax holiday in the nation’s capital has been repealed. D.C. officials say elimination of the tax holiday will “avoid the loss of an estimated $640,000 in sales tax revenues in the current fiscal year.” There’s no word yet on whether the District’s annual post-Thanksgiving sales tax holiday will go on as planned.

While those states aren’t on the 2009 tax holiday calendar, Mississippi has joined the line-up this year. And other states that are holding typical back-to-school tax-exempt holidays also have added conservation-related tax holidays a bit later in the year.

South Carolina, however, has what is arguably the most unique tax holiday later this year. Each Friday and Saturday after Thanksgiving, the Palmetto State will hold an annual Second Amendment Sales-Tax Holiday. Essentially, weapon sellers will not collect sales tax on purchases of handguns, rifles and shotguns.

Even if your state offers just one tax-free holiday, you might find some quite generous savings. You can get a computer that costs up to $3,500 and not face sales taxes on it in Missouri and North Carolina. Louisiana has no dollar limit on eligible items purchased during its tax holiday.

Shoppers and politicians love tax holidays. Retailers find them a mixed blessing, bringing in some additional customers but adding to a business’s administrative costs. Many economists question whether such events are appropriate tax policy.

It is true that consumers can save some money by shopping wisely during the tax-break period. But the special shopping holiday could also end up costing shoppers if they spend more than they normally would just to save a few tax dollars.

The costs could be even greater if a shopper puts tax-holiday purchases on a credit card and then carries that amount over several months, accruing interest charges that essentially negate any initial sales-tax savings.

Curtis Dubay is senior policy analyst specializing in tax issues at the Heritage Foundation in Washington, D.C., and a former analyst with the Tax Foundation, a nonprofit educational organization based in D.C. His research at the Tax Foundation found that politicians and consumers are equally enamored of tax holidays. Shoppers get a bit of savings, and lawmakers can say they are doing something to help working families.

“They’re political Brownie points,” says Dubay. “They can say, ‘We’re doing something,’ which is seen as better than doing nothing.”

But many tax analysts argue that if lawmakers were interested in creating sound tax policies, doing nothing would be preferable. The Tax Foundation says sound tax policy should promote a stable tax code over time; tax holidays create an unstable tax code from year to year, as the holidays come and go based on how full a state’s coffer is.

The holidays also create unstable tax policy in the same year, forcing consumers and particularly businesses to deal with two sets of operational rules in the same year.

Neither should governments try to inspire consumers to purchase some item over another, says Dubay, but that’s the whole point of a sales tax holiday.

“It’s not the government’s place to say that a consumer should buy pens, pencils and backpacks as opposed to any other basket of goods,” he says. “Those decisions should be made based on the preferences of consumers and market considerations. Buy the goods when it’s best for you to buy them, not when there’s a gimmicky sales tax holiday.”

Rather than have no sales tax for one fifty-second of a year, Dubay says lawmakers should look at lowering the rate a bit for all 365 days.

Such admonitions, however, fall on deaf ears of shoppers looking for any penny they can save and lawmakers looking to engender voter goodwill.

In many locales, sales tax holidays are an expected and eagerly anticipated harbinger of the end of summer. But in today’s economic climate, temporary tax-free shopping may be a vanishing trend.

A few years ago, even states facing tough fiscal times were hesitant to totally do away with the constituent-pleasing temporary tax breaks. Connecticut and Washington, D.C., at one time canceled their holidays, only to bring them back.

Now, however, many state treasuries have headed deep into deficit territory. And although tax holidays provide political advantage and temporary tax savings, a growing number of lawmakers are loathe to give up more revenue, even for a few days a year.

Still, the lure of the tax holiday and the public goodwill it engenders is strong. Maryland is biting the budget bullet now, but it plans to bring back it’s annual sales tax holiday in 2010. 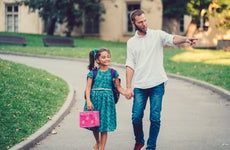 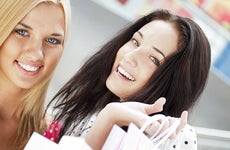