Dear Tax Talk,
My blood boils when I go to fill up at the pump and then I read of record oil company profits. On top of that, I hear that the record profits are short of analysts’ estimates, so the stock loses value for the investors. It seems you can’t win at either end of these companies.

Now I read that Shell Oil beat the IRS in a lawsuit for $18 million. While that is a lot of money for the average person, I can’t believe it is for Shell. I hope the IRS takes them to task on this. I know it’s not a lot of money for the government, but it can be put to better use than giving it to back to a behemoth like Shell. They should start turning over stones looking for oil rather than pennies. My blood is still boiling.

Dear Rosie,
I’m not sure either what two behemoths like the government and Shell are doing chasing after such small change, other than that both have unlimited resources for such matters (at whatever the cost to the rest of us).

The case styled Shell Petroleum Inc. v. United States Doc 2008-14880, 2008 TNT 131-10 stems from a 1992 transaction that Shell entered into to create tax losses that would allow it to obtain refunds from prior years’ taxes. In the opinion of the government, the transaction was a sham and had no other purpose than to create the tax losses.

In 1992, things weren’t so rosy for Shell, Rosie. Unlike things now, the first Gulf War had a devastating effect on oil company profits, particularly Shell. In 1992, Shell’s net income was $20 million, based on $22 billion in invested assets. This is not how a war should treat its conglomerates. While history will judge the merits of both wars, I bet your blood starts boiling again when you think about it.

In any event, Shell took a series of steps to cope with the downturn in its fortunes. Apart from laying off 10,000 workers (can I check the air in your tires ma’am?) the corporate tax department came up with the idea that is at issue in the case. This is generally an indication that a transaction is tax motivated.

The idea was to take then-costly, nonproductive oil leases and transfer them to a separate entity and sell off a part of that entity so that the company could realize a loss while retaining some future benefits from the properties.

While the case involves too many complex tax concepts, Shell was able to convince a Houston judge that the transaction had business merits apart from the tax benefits and that the losses it realized were all too real.

From a tax standpoint, the case demonstrates that desperation breeds creativity. Because IRS attorneys also pay $4.50 a gallon for gas, maybe the government will appeal. The rest of us should get back to work, if we can still afford to drive there, and figure out how to pay for all of this.

To ask a question on Tax Talk, go to the ” Ask the Experts” page, and select “taxes” as the topic. 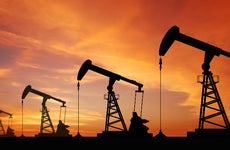 Converting to a Roth IRA