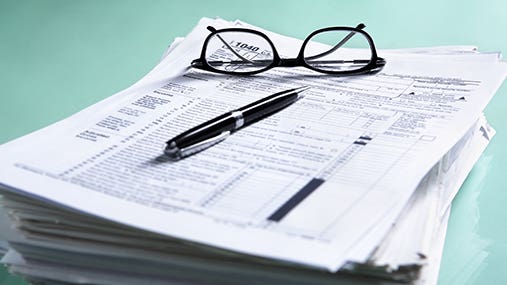 Tax years are like thumbprints or snowflakes — no two ever are alike. The tax code changes ceaselessly, forcing taxpayers to keep on top of what’s new in tax law.

In both 2014 and 2015, tax changes will impact everything from how much you pay for health care insurance to how much you can deduct for attending college or buying classroom supplies.

Kari Munro, a business professor at Hollins University in Roanoke, Va., highlights some of the most important recent tax changes in the following interview. She begins by discussing how the Affordable Care Act will impact next year’s return before focusing on some of this year’s biggest changes.

A lot of people seem to be confused on how the Obamacare tax subsidy will work. Can you explain how the subsidy will be paid out and how it will be treated on an individual’s tax return?

Most taxpayers will receive the subsidy in the form of a direct government payment to their insurance company that lowers monthly premiums. This is called an Advanced (Premium) Tax Credit.

The alternative is for a taxpayer to pay the full monthly insurance premium charged by their insurance company every month during the year, and then claim the subsidy as a tax credit on the annual return. This entitles the taxpayer to a tax refund in the amount of the subsidy.

If you use the Advanced Tax Credit method, there is some chance that you will end up with a discrepancy at the end of the year between what you were entitled to receive as a subsidy and what you actually got, requiring some kind of reconciliation, or adjustment, on your tax return. This happens because the subsidy calculation each year is based on your projected annual income.

What about the tax penalty for not buying health insurance? How will that be assessed?

The penalty is assessed by the IRS when individual tax returns are filed, on the basis of insurance verifications submitted by the taxpayer. In essence, the Affordable Care Act’s, or ACA’s, insurance mandate imposes some new administrative burdens on individuals, employers and insurers around tax season.

If coverage is adequate or the taxpayer is exempt from the insurance requirement, no penalty is assessed. If coverage is lacking or insufficient, the IRS will impose a tax penalty by reducing the taxpayer’s refund. The penalty for an individual starts at the greater of $95 or 1 percent of income in 2014, increases annually to $695 or 2.5 percent of income by 2016, and is subject to cost-of-living increases every year after that.

Which key deductions and credits will not be available to taxpayers on this year’s return?

One of the primary changes is an increase in the threshold for deducting medical expenses brought about by the ACA.

Other key tax breaks that we lost this year are geared primarily toward higher-income households.

We also lost several other popular tax breaks at the end of 2013, which some of us will feel when we file our 2014 returns next year. The higher-education tuition deduction, which allowed taxpayers to deduct between $2,000 and $4,000 of qualified tuition expense, expired at the end of 2013, as did the health care coverage tax credit.

IRA owners aged 70 1/2 and older can no longer distribute up to $100,000 of IRA funds tax-free to charitable organizations. As of 2014, those distributions must be taxed as ordinary income to the account owner before they can go to charity. Teachers are losing above-the-line deductions of up to $250 for unreimbursed educational expenses.

Homeowners also may feel a pinch. As of 2014, homeowners can no longer deduct mortgage insurance premiums as interest. The mortgage debt exclusion has expired, which allowed underwater homeowners to exclude from taxable income the amount of any mortgage debt forgiveness granted to them by a bank.

Many of the tax credits available for energy-efficient home improvements also expired at the end of 2013, including those for home heating and cooling systems, insulation, windows and sealing — although credits for certain plug-in electric vehicles and solar and wind technologies will remain in effect through 2016.

So far, we’ve focused a lot of attention on tax increases and expired deductions and credits. But what are some of your favorite new tax breaks or deductions available to taxpayers?

As an active supporter of entrepreneurship and small business, I like the simplified home office deduction, particularly since economic contraction has motivated many Americans to start their own home-based businesses.

Under the new rule, you can bypass detailed expense records and simply deduct $5 for every square foot of home office space used, up to a maximum of 300 square feet, or $1,500. The simplified expense is recorded on Schedule C rather than Form 8829, and allows you to separately deduct mortgage interest and real estate taxes on Schedule A.

I also like the new $500 carry-over for health care flexible spending accounts, or FSAs. Employers now can allow employees to carry over up to $500 of any unused balance from the previous year, for use at any time during the next FSA accounting period.