The IRS is holding onto more than $1 billion in unclaimed refunds, and some of it may be yours.

Tax law says a taxpayer has three years to file a return and get the associated refund. Since the 2013 tax year returns were due by the April 2014 deadline, that three-year window allows these forms to be filed by the 2017 filing due date, which is April 18. If you miss this deadline, the U.S. Treasury gets to keep your money.

You may be entitled to unclaimed tax money if …

Some people may not have made enough money in 2013 to require them to file a tax return. Others simply didn’t get around to filing and because there’s no penalty for not sending in a return when no tax is owed, they didn’t get notices from the IRS. In these cases, filers can claim a refund for the tax that was withheld from their pay.

And filers who didn’t make much money in 2013 might be eligible to claim the earned income tax credit, or EITC, for that tax year. They must file a return to claim it. For 2013, the credit is worth as much as $6,044.

The EITC is available to individuals and families whose incomes are below certain thresholds.

If you’re expecting a tax refund this year, put it to work in a savings account.

Just getting up to date with your 2013 return might not be enough.

The IRS says 2013 refund checks might be held if the taxpayers who finally file that year’s return also failed to file tax returns for 2014 and 2015.

If you missed those subsequent years, too, get those forms to the IRS as soon as possible. You can download prior year tax returns at the IRS website.

The IRS estimates that the median unclaimed refund check from 2013 is $763. That means half of the checks are less than that, but half are more.

Taxpayers eligible for the unpaid refunds live in every state and the District of Columbia.

The state with the most unclaimed refunds is Texas. The 104,700 Lone Star State residents who didn’t file in 2013 are due a total of nearly $116 million in potential refunds.

Vermont taxpayers, as was the case last year, appear to be quite tax-conscious. Only 2,000 residents in that New England state didn’t file in 2013.

And Alaska’s 4,700 non-filers have the chance to hit the biggest individual 2013 tax-refund jackpot. The median check in the Land of the Midnight Sun is $917.

Think long and hard before spending your refund. Compare CD rates and watch your money grow.

And if you filed and believe you might have a refund waiting for you, use the “Where’s my refund” tool on the IRS website. 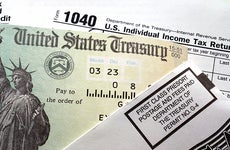 What to do if the IRS got your tax refund wrong 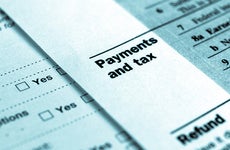 Tax refund hung up due to stolen identity