Dear Tax Talk,
Following up on Dr. Don’s column, “IRA payout mistake difficult to fix,” in 2008, I am in a similar but worse circumstance.

I inherited a 401(k) from my father and wanted to take the payout over my life expectancy as allowed by the IRS to avoid paying a lump sum to the IRS. I consulted a financial adviser associated with my bank (named as the trustee on the distribution check). He directed me to open a regular IRA with the bank and said he will move it into the wealth management division as an inherited IRA. This was beginning August 2009.

He later informed us that he can’t do that and that we will owe the full tax bill of $35,000. Can any of this be undone? The money has been in some form of IRA throughout, and it boggles my mind to think that the mechanics/technicality of the account type can cause us such a hardship. Not to mention that this will put us in an income tax category where alternative minimum tax, or AMT, kicks in and we lose the deductions on our interest mortgage and real estate taxes (most of Schedule A deductions)!

Furthermore, the money now is in an IRA account, so will we have to be taxed again if it is withdrawn?

Can I sue? This is a nightmare. Help!
— Kala

Dear Kala,
You can always sue, but you’re better off taking your money elsewhere. The account should have been titled as an inherited or beneficiary IRA, which would list your father as the creator of the account and you as the beneficiary. The main difference is that this type of account designation does not allow future contributions to the account.

If the banker messed this up and created a regular IRA and funded it with the inherited IRA, he made a mistake, but he should be able to correct this error immediately. If he refuses, he may not want to admit his mistake to his bosses, who you’ll need to contact. Like you said, the account has been held as an IRA and there should be no reason that this mistake cannot be undone.

If for some reason the bank does not see the error of its ways, then you’ll need to enlist the help of a competent attorney to litigate. In this case, you’ll need to show the damage the bank caused by making you pay the tax upfront versus deferring the tax over your life expectancy.

In any event, if the account will be treated as distributed to you, then the assets should not be held in an IRA currently, as this would be an improper rollover or an excess contribution.

You obviously would not be double-taxed on the same money, but allowing an improper rollover to go beyond the end of this year can result in an excise penalty of 6 percent. Good luck and let me know how it turns out. 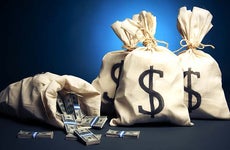 IRA worth millions a tax problem?