Each jurisdiction has its own rules, procedures and deadlines to appeal property taxes. The bottom line is that a little research, communication and patience can pay off when you fight a property tax bill.

To prove the point, here are three real-life stories of homeowners who have fought — or are fighting — their property tax assessments.

Michael Garard, a real estate broker at Garard & Associates in Highlands Ranch, Colo., has contested the property tax assessment on his house three or four times in the last 10 years with mixed results. Most recently, he scored a big win: a drop in the valuation from $535,000 to $480,000 that will cut his tax bill by about $300 a year for at least two years.

The exercise took about four or five hours, during which Garard researched comparable properties in the brokers’ multiple-listing service, drove out to see those properties and attended a hearing at the local Board of Equalization.

“The county gives you a 15-minute conference. You sit down across from the assessor’s representative. He presents his facts, you present your facts, and there is a mediator. We came to a meeting of the minds, and 20 days later, we got the notice that said the commissioners have agreed that the new assessed value will be what we agreed on,” he says.

The secret to his success was what he characterized as “accurate data,” showing the disparity in sale prices between older and newer houses in his neighborhood. The assessor had based the tax valuation on newer houses. Garard argued those weren’t comparable to his older home.

Some homeowners might find the process tedious, but Gerard says he enjoys the challenge.

“It’s fun when you save money,” he says.

Geoff Hauer, broker/owner of Cherry Point Properties in Denver, Colo., also says presenting data was key to his successful property tax challenge. He used the purchase of his own house during the valuation period as a data point to support his case.

The process started when Hauer received a four-page document from the assessor, outlining the valuation and comparable sales on which it was based. That was followed by a flurry of email messages in which Hauer put forward his data, an assessor’s inspection of the property and a few weeks later, a second notice with the lower valuation.

Hauer expects to save $500 to $800 per year, but doesn’t yet know the exact figure because the locality hasn’t set the mill levy, or rate, that’s used to calculate the tax. Even if the levy increases, he’ll still see savings compared with what his bill would have been, he says.

“What often happens is that when valuations go down, the mill levy will go up, so their receipts are consistent. If my home was overvalued, I’d get the double whammy of the higher mill levy on that overvaluation,” he says.

Hauer says being a real estate broker, investor and appraiser makes the challenge easier, but he adds that any homeowner can fight an assessment and win if the data support a lower valuation.

Harvey Kaufman, a homeowner in Woodmere, N.Y., has been fighting his property tax assessment in court since 2008 and has won some battles, though not yet achieved a final victory.

At issue is the tax assessor’s decision to increase the value of Kaufman’s home during a major remodeling project. At the time of the reassessment, Kaufman says, the house had no garage door, windows or bathrooms. He and his family were living with his mother-in-law.

The difference in the valuation amounts to “several hundred thousand dollars,” Kaufman says.

His most recent win was a judge’s order that will allow his case to be heard in court. Meanwhile, he remains angry and bitter about his tax bill.

“We’ve paid it. They have my money.” he says. “When I heard that we won, I thought, when can I pick up my shopping bag? But not yet. They were very good to take my money, but will I ever see it again? God will only know.” 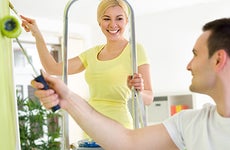 6 tips to make a case for property tax cut

Property taxes too high? Get help