The presidential election has come and gone, but the nation’s economic challenges remain. The pressure is now on President Barack Obama and Congress to resolve important tax and spending disagreements before the nation plunges over a “fiscal cliff,” which experts say could bring on a new recession.

John Graham, the D. Richard Mead Jr. family professor at the Fuqua School of Business at Duke University in Durham, N.C., believes the nation’s economic woes will not be solved unless everyone shares the pain. He outlines his thoughts in this interview.

From an economic perspective, how do you view the tug of war between raising taxes to cut the deficit on one side, and the risk that higher taxes will jeopardize the economic recovery on the other side?

Higher taxes on those with income greater than $250,000 probably would slow economic growth a little. But the bigger problem is that many small firms now operate as “pass-through entities,” which means that they are taxed as individuals. Thus, raising personal tax rates will hurt those businesses. This would hurt growth prospects and hiring, but probably only moderately.

How do you solve the tax dilemma of ‘the rich need to pay more’ in taxes while nearly half of U.S. households pay no federal income taxes?

You can’t really solve this — everyone has to pitch in. (A) few important points:

Is there merit to a flat tax?

Not much. In theory, a flat tax that reduces taxes would boost economic growth. Would it boost growth enough to make up for lost tax revenues? Probably not.

Would cutting corporate taxes boost employment and the economy?

Yes. Corporations pay little tax now, so cutting taxes would not result in too much lost revenue. Yes, it might create enough economic growth, business spending and hiring to more than compensate for these lost revenues.

We would like to thank John Graham, the D. Richard Mead Jr. family professor at the Fuqua School of Business at Duke University in Durham, N.C., for his insights. Questions for this interview were contributed by Greg McBride, CFA, senior financial analyst for Bankrate.com. 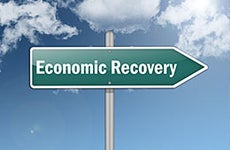 The tug of war on taxes

Winners and losers of the ‘fiscal cliff’ fix