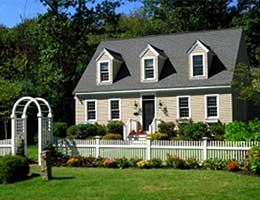 This is not new, but it’s still an issue for homeowners who claimed the first-time homebuyer tax credit in its original form.

The Housing and Economic Recovery Act of 2008 established this tax credit of $7,500, but it was not a true credit. It was a no-interest loan from Uncle Sam that must be repaid in 15 equal, annual installments. Payback began with 2010 income tax returns filed last year.

For this second year of repayment, the process has been streamlined a bit for many taxpayers. If you bought your home for which you claimed the credit in 2008 and owned and used it as your main home for all of 2011, you can enter your 2011 repayment amount directly on the Form 1040 without attaching Form 5405.

Let’s hope this change also will help lessen the processing problems encountered last year. In the previous filing season, many homeowners saw their refunds held up because of IRS difficulties in dealing with the repayment provision.