Whatever you think about Republican presidential candidate Mitt Romney’s politics, his complex estate plan is a model of efficient wealth planning.

With an estimated net worth of $250 million, Romney has a variety of trusts related to his business, Bain Capital, and his family that may allow him to escape the 35 percent estate tax rate on many of his assets valued above the current tax exemption of $5.12 million.

How? Romney removes assets from his estate through the use of irrevocable trusts that provide him with income while leaving most of his wealth and its appreciation to heirs tax-free after his and his wife’s deaths.

Many people think estate planning is only for the proverbial 1 percent. In 2012, individuals are allowed an exemption from the federal estate tax for assets worth up to $5.12 million. The value of most individuals’ wealth falls below that amount, but consider that, unless Congress acts, the exemption will fall to $1 million Jan. 1, 2013, and the top tax rate will climb to 55 percent.

Think $1 million still seems like a lot? If you calculate the equity in your home, retirement accounts, life insurance, inheritance, cash accounts, appreciating investments, your cars and everything else you own, it could add up to a million quicker than you thought.

So whether your net worth will be somewhere north of $1 million next year or in excess of $5 million, now is a good time to work with advisers and attorneys to set up a plan that protects you for the maximum amount.

“What’s driving people to plan now is the question of what will the estate tax be next year? If it’s (a tax exemption of) $3.5 million, they’ve lost an opportunity to save taxes on nearly $2 million this year if they don’t do anything,” says Susan Dsurney, family wealth adviser with GenSpring Family Offices LLC in Palm Beach Gardens, Fla.

Depending on your level of wealth and appetite for giving away assets, there are several ways to eliminate or reduce estate taxes. Beginning with the easier methods, here is a brief overview of five estate-planning techniques to consider.

For the remainder of 2012, individuals are allowed to give up to $13,000 to as many recipients as they desire, free of gift taxes. That gift-tax exclusion rises to $14,000 in 2013. “This is a relatively painless way to reduce your estate,” Dsurney says, because you have control over how much you give each year and can do it in small amounts.

You can also give unlimited amounts, gift-tax-free, directly to educational institutions and health care providers for family education and health expenses. But be careful, warns Dsurney. Give directly to the institution, and be sure the gift meets all the regulations. “A common mistake is parents or grandparents who give students a credit card to use at college, and they pay the monthly balance,” she says. “That won’t work because they’re actually giving the money to the students, not the institution.”

While there are dozens of trust types, in order to remove assets from an estate to avoid the estate tax, the trust has to be what’s called “irrevocable.” That means that at some point, you no longer own the assets placed in the trust — the trust does. But even if you don’t own the assets, you can still benefit from the trust during your lifetime.

A qualified personal residence trust is not difficult to establish because the only asset it holds is a home. It’s set up for a term of years, from as few as two to as many as 20 or more. When the term of the trust expires, the home and any appreciation are owned by the trust for eventual distribution to heirs.

Many people don’t like the idea of giving up ownership of an asset and not having access to it anymore, according to Thornton “Tim” Henry, tax attorney at Jones Foster Johnston & Stubbs P.A. in West Palm Beach, Fla. But this type of trust alleviates that concern because the grantor can continue to use the home.

If the grantor dies before the term of the trust is up, the home goes back into the estate. If the grantor outlives the term, the home is owned by the trust, and he or she rents the home from the heirs. Many parents view paying rent as an additional estate-planning opportunity to transfer money to their children, Henry says.

Whether it’s a spousal trust or what’s called a “spray” or “sprinkle” trust, the concept is the same. An amount up to the estate tax exemption is placed into a trust for the benefit of a spouse (spousal trust) or spouse and/or children (spray or sprinkle trust).

Once again, this type of trust is often less scary for a couple who is afraid of removing money from their estate and then needing it later, says Dsurney. For example, a husband sets up the trust for the benefit of his wife. The wife can draw income from the trust during her life. Although the amount in the trust is removed from the estate, the household doesn’t lose income from the assets, making the couple feel more financially comfortable with the arrangement, Dsurney says. At the wife’s death, the trust and its appreciation pass to heirs free of estate taxes.

Though they are exempt from income taxes, the proceeds from life insurance policies are considered part of your estate, so putting the policies in a trust for the benefit of a spouse or heirs makes sense. It’s better for the trust to buy the policy, Henry says, because although you can transfer policies to the trust, if you die within three years of the transfer, the policy proceeds go back to your estate.

Henry suggests funding the trust with a gift and setting it up so the trust applies for the insurance policy and pays the yearly premiums. After you die, the proceeds of the policies will be paid to the trust for the benefit of the spouse, with the remainder going to heirs. “It’s all out of the estate,” he says.

This is one of the trusts Romney set up for the benefit of his children and grandchildren while at Bain Capital, and it’s one some business owners would consider, according to Dsurney. Shares of a privately held company that are assigned a low value are placed in the trust and allowed to grow, so that appreciation passes to the heirs tax-free. If the trust sells any assets, the grantor of the trust is responsible for paying the tax. That preserves even more of the money in the trust for heirs.

Most of the estate-planning structures used by the high net worth are “freeze techniques,” says Henry, meaning the value of the asset is frozen, and appreciation escapes taxes. For those with even a tenth of the wealth of Romney, using some of these techniques can mean saving millions in estate taxes.

And if the estate tax exemption reverts to its 2003 level of $1 million in 2013, the 99 percent can benefit by doing some estate planning, too. 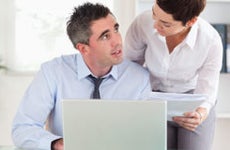 Shielding your assets from estate taxes 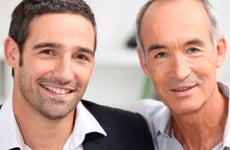 An irrevocable trust that evolves with you

Death and taxes: the inevitable 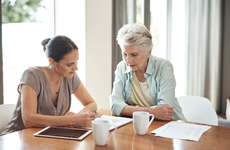 Inheritance tax: Here’s who pays it and in which states