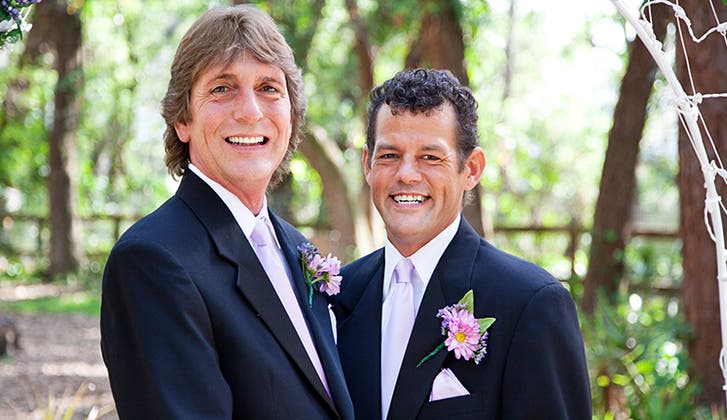 Thanks to the U.S. Supreme Court’s favorable treatment of gay marriage, estate tax planning is now a bit easier, and potentially less costly, for same-sex married couples who want to share their wealth with their spouses.

Every taxpayer, regardless of marital status, can give anyone else thousands of dollars each year without immediate tax consequences. For 2015, this tax-free amount is $14,000. The gift can be cash, property or other assets valued at more than the annual exclusion amount, which is adjusted annually for inflation.

A gift recipient never has to pay tax on the money, regardless of the amount. The giver, however, must report the amount given when it exceeds the annual gift exclusion limit. These excess amounts go toward the lifetime total of money each taxpayer may give without facing any gift tax penalty. For 2015, the lifetime limit is $5.43 million, and it, too, is inflation-adjusted each year.

The annual and lifetime gift limits mean that few people have to worry about the tax implications of gifts.

However, married couples recognized by the IRS have enjoyed an extra perk. Heterosexual married couples face no limits, annual or lifetime, on gifts or transfers of property of any amount to their spouses.

However, it used to be that married gay and lesbian couples were not granted such an exemption. When a gay man gave a $20,000 gift to his husband, $6,000 of that gift counted toward the giver’s lifetime gift exclusion. That gift amount was then reported by the giver on Form 709, and the IRS kept a running tab.

Those days were ended by the U.S. Supreme Court, in an earlier ruling leading up to the court’s new decision legalizing gay marriage nationwide.

In 2013, the court struck down a key part of the Defense of Marriage Act, or DOMA, which had denied federal benefits to same-sex couples. Since then, same-sex married couples who were legally married in one of the states or jurisdictions that recognize their marriage have enjoyed the same federal estate and gift tax benefits as their heterosexual counterparts.

The Treasury Department and IRS made this official in late August 2013 with the announcement that same-sex married couples would be recognized as married for federal tax purposes, even if they subsequently moved to a state that doesn’t recognize same-sex marriage. This applies to all federal taxes, including income taxes as well as gift and estate taxes.

The exemption amount that applies to both gifts and estates means that few people are affected by tax ramifications. But here again, married couples get a break.

The inability to transfer all assets tax-free to a same-sex spouse was the basis of the DOMA Supreme Court case. New York residents Edith Windsor and Thea Spyer were married when Spyer died in 2009. Because of DOMA, Windsor could not receive all of Spyer’s estate tax-free. She owed the U.S. Treasury $363,053 on the estate and filed the lawsuit on the grounds that DOMA violates the constitutional guarantee of equal protection under the law.

“You have to have some liquidity to make up for the different tax treatment,” says CPA Nanette Lee Miller, partner in the San Francisco-based accounting firm Marcum LLP. In the Spyer case, Windsor had to sell some real estate to pay her deceased wife’s estate tax bill. Such a sale would not have been necessary if the couple were heterosexual; the estate would have passed to the other spouse with no estate tax ramifications whatsoever.

The unlimited marital transfer option obviously is a concern of the very wealthy. However, other estate tax issues also pose problems for same-sex married couples with smaller estates.

Same-sex couples do not get the benefit of the portability of the marital exemption, says attorney Lawrence L. Athan Jr., a partner at the Boston-based firm Posternak Blankstein & Lund LLP. “Under current law, if one spouse has very little money and dies, what remains of his or her $5.43 million exemption passes to the surviving spouse,” says Athan. “Before DOMA was struck down, that benefit was lost in same-sex marriages.”

But now that same-sex marriages are recognized for federal tax purposes, the unlimited exemption will pass on to the surviving spouse and basically can be used to double the value of an estate that is protected from federal tax — to $10.86 million.

No benefit from gift splitting

Gay and lesbian married couples also can take advantage of gift splitting. “If one spouse wanted to make a gift to someone up to $14,000 this year, the couple could double that by having the other spouse join in the gift,” says Athan.

With gift splitting, the amount given is considered as made one-half by each spouse, even if it is from only the husband or wife. This option provides a couple a cushion against the annual gift exemption. Under DOMA, for example, if a gay partner wanted to give $20,000 to someone, the giver would owe gift tax on $6,000, or the $6,000 would count toward the giver’s lifetime exclusion. Now that gay marriages are recognized by the IRS, the $20,000 could be deemed half coming from each spouse, keeping each partner’s $10,000 gift well within the nontaxable exemption limit.

DOMA limitations meant that a partner’s gift in excess of $14,000 would count toward the lifetime exclusion. But because the couple’s same-sex marriage is recognized for federal purposes, the generous partner can give his husband as much as he wants without any tax ramifications since the tax code allows, in most cases, unlimited nontaxable gifts between spouses.

Many same-sex couples were pleased with the final tax advice they received from the Supreme Court and the IRS’ application of that decision.