A troubled marriage is painful enough. But things can get downright nasty when you add taxes to the mix.

Generally, when both spouses sign a tax return, each is equally responsible for any tax owed or complications that come later, even if they are divorced by then. Either person may be held responsible for all the tax due, even if 1 spouse earned all the income or was the 1 who improperly claimed deductions or credits.

Remember, same-sex married couples, this situation known as joint and several liability now applies to you when you file a joint federal tax return.

In some cases, however, a spouse can get relief from this shared tax liability. In 1998, the IRS expanded protections for spouses who were unaware of a partner’s questionable tax actions. In many cases, the IRS-designated innocent spouses are freed from the tax problems or bills created by a current or ex-spouse.

The tax agency also recognizes that spousal abuse might be a byproduct in relationships dealing with financial and tax problems. In these cases, the IRS wants to know when taxpayers fear they might become domestic violence victims if they claim spousal tax relief.

The IRS even has specifically spelled out what is considered abusive in tax situations. “Abuse comes in many forms and can include physical, psychological, sexual or emotional abuse, including efforts to control, isolate, humiliate and intimidate the requesting spouse, or to undermine the requesting spouse’s ability to reason independently and be able to do what is required under the tax laws,” according to IRS Notice 2012-8.

By law, the IRS must tell a taxpayer’s spouse (or former spouse) that innocent spouse relief has been requested. The spouse or former spouse then has the right to tell his or her side to the IRS and in turn get limited information from the agency about his or her partner’s tax-relief request. This notification, say groups that work with battered spouses, often escalates the cycle of violence.

The IRS is hoping to short-circuit such incidents. When a taxpayer files Form 8857, Request for Innocent Spouse Relief, the agency wants the worried filer to check the box in Part II of the form (line 10), indicating that he or she has been an abuse victim and fears that innocent spouse consideration could produce retaliation. Taxpayers should also explain their situations in Part V (page 6) of the form, as well as in a statement, if needed, attached to the claim.

The process, says the IRS, will alert tax agents that extra care should be taken on these cases.

The designation as a “Potential Domestic Abuse Case” will not lead to special consideration by the IRS when it makes an innocent spouse decision. However, evidence of abuse is 1 factor the agency may consider when granting innocent spouse relief.

In addition to following standard tax law confidentiality guidelines when notifying spouses, IRS officials say the agency is taking special care not to release personal information that could endanger an innocent spouse filer. For example, the IRS will not give the spouse or former spouse his or her ex’s new name, address, employment information, phone or fax number. Only facts directly related to determining whether the innocent spouse claim is valid will be shared.

The IRS also has centralized all innocent spouse correspondence. This means the other spouse can’t guess the whereabouts of his or her former partner through a postmark or the location of a local IRS office.

Taxpayers who believe they qualify for innocent spouse relief can get more information in IRS Publication 971. The IRS also provides an interactive innocent spouse program on its website. 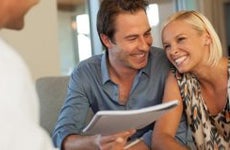 When does it make sense for married folks to file separate tax returns? 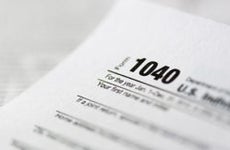 Can divorcee get innocent spouse relief? 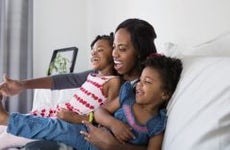 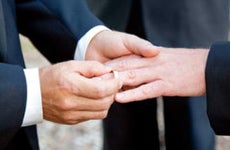