When preparing your federal tax return, don’t forget to count contributions to charitable organizations. Your gifts to others might just give you a smaller IRS bill.

On 2006 returns, some older taxpayers will find giving easier. Some folks who donate household goods, however, are going to have to do a little extra work. And in 2007, all taxpayers who donate cash, regardless of the amount, will have to deal with more documentation.

If you are 70½ or older, you can have money from your IRA sent directly to a charitable organization. Both traditional IRA and Roth account holders can do this, but it’s probably more beneficial to traditional IRA account holders, since much of the money in these accounts is eventually taxable. Now, however, the cash that goes straight to the charity is not counted as taxable income to the IRA owner.

The one drawback is that such direct gifts are not deductible by the donor. That, however, might not be that much of a disincentive.

Thanks to the rollover option, standard deduction filers now won’t miss this potential deduction. In fact, some taxpayers might be better off, particularly those who must take required minimum distributions but don’t need the money for day-to-day expenses. In these cases, they won’t have to pay taxes on the IRA distributions that are directly donated.

The IRA donation rollover also might be a good strategy for individuals who face donation limits based on their income. Generally, you cannot donate an amount that exceeds 50 percent of your adjusted gross income. But when the money goes directly to the charity from the IRA, it doesn’t count against that limit because it’s not included in the filer’s gross income.

If this giving technique works for you, and you’re old enough to use it, make plans now. This provision is only in effect for 2006 and 2007 tax returns.

Many charities are happy to accept used clothing and household goods and you’re allowed to claim the fair market value of those items as a tax deduction. But the amount of goods you can claim might be smaller than in previous years.

Under a provision of the Pension Protection Act, which became law on Aug. 17, any household goods you donate after that date must be in good or better condition. The change was designed to solve two problems.

First, some taxpayers were using charitable organizations as dumping grounds for articles that really should have been put in a garbage can instead of a donation bin.

Secondly, the value these donors claims on the raggedy goods was much too high, meaning they got a larger tax break than they should. This is the same issue lawmakers confronted when they tightened rules a couple of years ago on donated cars. 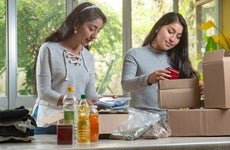 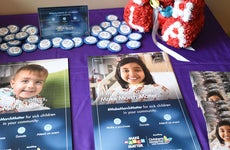 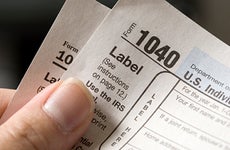