It’s finally summer, time to take a well-deserved work break. But when it comes to tax breaks, you can’t take a vacation.

In fact, with the year half over, it’s a perfect time to make some tax moves. You have a good idea of what your income and associated taxes will be, and you still have plenty of time to take advantage of some easy tax-cutting strategies.

A few tax moves will require you to stay on top of your taxes for a bit longer, since Congress is still working on some tax laws, including the potential resurrection of tax breaks that have expired or are scheduled to soon disappear.

So before too much more time passes, let’s look at six midyear tax moves.

Prepare for the possibility of higher rates 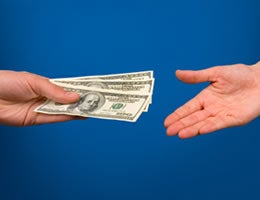 The tax breaks we’ve been enjoying for almost a decade are set to expire at the end of the year.

Although some of the provisions, such as the 10 percent tax bracket and the $1,000 child tax credit, have a good chance of living beyond 2010, some taxpayers will likely owe Uncle Sam more money
next year.

This is particularly true if you’re in the highest tax bracket, scheduled to go from 35 percent to 39.6 percent. Also slated to increase are the tax rates on capital gains,
currently at 15 percent for most investors.

You’re especially vulnerable if you make more than $250,000. That’s the earnings level at which most Washington, D.C.-watchers expect 2011 tax increases to kick in.

The best move for wealthier individuals is to accelerate income into this year so you’ll owe taxes on the money at today’s lower tax rates.

Talk to your employer about moving any bonuses or commissions into 2010.

It’s also is an ideal time to cash in some long-term winners in your portfolio so you can take advantage of today’s lower capital gains tax rates, says Jim Keller, senior tax analyst for the Tax & Accounting business of Thomson Reuters.

Convert to a Roth IRA 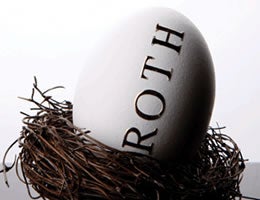 In 2010 more people became eligible for a Roth IRA, the retirement account in which earnings and distributions are tax-free.

Now anyone, regardless of income, can convert a traditional IRA to a Roth. Even better, the government is encouraging us to convert by allowing us to pay the tax on this money
over two years — 2011 and 2012 — says Thomas J. Casey, a Certified Financial Planner with Casey, Thomas & Associates in Shelton, Conn.

But if you decide to postpone any tax bill, remember the likelihood of higher rates in 2011 and beyond.

Another impending tax, the Medicare tax on high earners, also has created more incentive to convert to a Roth. This tax is part of the health care reform law and will apply to investment income of higher earners starting in 2013.

“A Roth comes out tax-free, so when taking out this money, it wouldn’t count toward that tax,” says Mark Luscombe, principal tax analyst with tax publishing company CCH in Riverwoods, Ill.

So explore whether moving to a Roth is right for you. And run the numbers to determine whether you should pay all your Roth conversion taxes this year at lower rates. 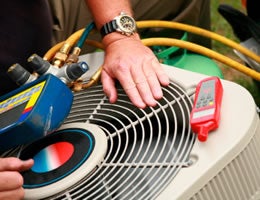 Does your home need a little bit of improvement? Uncle Sam wants to help if your upgrades are energy-efficient.

As part of the American Recovery and Reinvestment Act of 2009, otherwise known as the stimulus package, common energy upgrades such as installing storm windows and doors, adding insulation, and buying a new energy-efficient air conditioner or heat pump,
could get you a $1,500 credit when you file your tax return.

This tax break is good for improvements made through the end of the year. Be careful, however, if you claimed the maximum credit on last year’s return; this tax break is limited to a total $1,500 claim, not that amount every year.

However, if you make more ambitious energy improvements, such as installing solar energy, wind power or geothermal systems, the tax break is even better. These home energy upgrades could qualify for a tax credit equal to 30 percent of the cost, including
installation, without any cap on the credit amount.

Be aware of possible tax changes 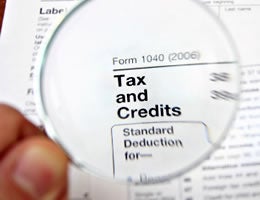 Some popular tax breaks are up in the air, such as the state and local sales tax deduction, the tax break for educators who buy classroom supplies with their own money and the ability to deduct some property taxes without itemizing.

These, along with countless other tax benefits, are part of what is known as the tax extenders bill. As Congress struggles with ways to pay for the continuation of these tax benefits, it’s not unusual to see the bill’s passage postponed until the very
end of the year.

This uncertainty could affect some of your tax and financial moves. For example, if you’re unsure about buying a new car or boat or mobile home, you might want to hold off to see if you can include the vehicle’s sales tax on your 2010 tax return.

Meanwhile, keep an eye on Congress and check in on Bankrate’s Tax page, where we’ll let you know as soon as your federal lawmakers make a decision on these tax matters. 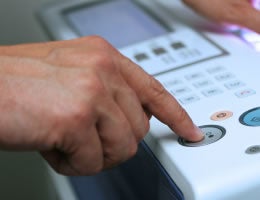 Small businesses got good news when the Hiring Incentives to Restore Employment, or HIRE, Act became law in March.

Among its many provisions is a continuation of the expanded expensing tax break, often referred to as the Section 179 deduction.

Rather than depreciating some capital equipment over several years, parceling out the tax benefits of that expense, small business owners can now write off up to $250,000 in qualifying business investments this year. This is double the previous expensing
deduction of $125,000.

This business tax break applies to a wide variety of equipment that businesses need on an ongoing basis, such as machinery, computers, software, office furniture, vehicles and other tangible
goods.

Even better, very small businesses can benefit. If you’re a sole proprietor and need a new computer system and other office equipment to do your job, you can deduct those costs in full on your Schedule C. 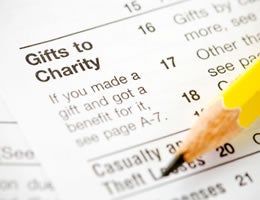 There are several tax moves you can make each year to reduce your tax bill.

If your workplace offers a 401(k), enroll or bump up your contributions. This money comes out of your paycheck before taxes are calculated and tax on the earnings is postponed until you take it out in retirement.

While signing up for your retirement plan, make sure you employer has your correct withholding information. If you get a large refund or owe the IRS a lot each April, adjust your withholding.

You don’t have to wait until the end of the year to donate to your favorite charity. Most nonprofits would love to get some cash or useful property during the summer when donations
tend to drop off. As long as you make the gift during the tax year, you can deduct it when you itemize your expenses.

Your donations are just one part of a bunching strategy, in which you look at qualified deductions and make plans to maximize them. Set that up now.

And if you haven’t created a tax filing system yet, do it now. Being organized is the easiest and best way to make sure you don’t waste any tax breaks. 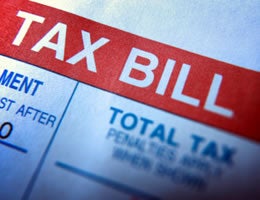 These additional tools and resources can help you learn more about your tax situation and find ways to reduce you upcoming tax bill.