The recession has been hard on a lot of people. Many folks lost jobs. Others found work, but with much smaller paychecks than before.

But there’s one tiny tax silver lining in this bad economic cloud: You might now be able to save a few more tax dollars.

“In this year where there’s been a great deal of transition, many people might find themselves eligible for tax breaks they couldn’t take previously,” says Tom Karsten, senior managing partner at Karsten Tax & Financial Management in Fort Worth, Texas.

The main reason for new eligibility is the income thresholds that limit takers of some tax breaks. Some tax law changes have hiked those earnings limits. In other instances, taxpayers who are making less money now qualify.

Here are five considerations that might not have been on your tax radar in previous years, but, given your changed circumstances, you should take a look now.

A disturbing tax surprise for many folks who collect unemployment benefits is that those payments count as taxable income. For 2009 taxes, however, the first $2,400 of such compensation is tax-free.

While it’s hard to think about the future when trying to make today’s ends meet, saving for retirement might pay off now as well as later.

You still can make IRA contributions up until April 15. “If your workplace doesn’t offer a company-sponsored plan or even if it does and your income is under certain levels, you can make a deductible contribution to a traditional IRA,” says Bob D. Scharin, senior tax analyst at the Tax & Accounting business of Thomson Reuters in New York City.

A drop in income also might make some people now eligible to open or contribute to a Roth IRA. Contributions are made with taxed dollars, but eventual distributions are tax-free.

“Here there really is that choice,” says Scharin. “You could pay less tax with the deduction or if you contribute to a Roth, hope you’ll pay less tax in the future. Some people may feel they are so strapped now they should take the IRA deduction and worry about the tax on their distributions when that occurs years in the future.”

With a contribution to either type of IRA, as well as to a workplace retirement plan, your lower income also could make you eligible for the Retirement Saver’s Credit. This is a dollar-for-dollar reduction of your tax bill up to a possible $1,000. But it can only be claimed by taxpayers with incomes of no more than $27,750 as a single filer; $41,625 as a head of household; and $55,500 as a jointly filing married couple.

“You may have been employed for a just a few months of the year and didn’t think you’d be eligible for this credit,” says Scharin. “Then you got laid off and your overall income for the year is low enough so you qualify.”

Another tax break created for lower-wage earners is the Earned Income Tax Credit, or EITC. This could provide some families with as much as $5,657 in tax savings. While the savings are more for larger families, childless taxpayers also could get up to $457 from the EITC.

This credit is refundable, which means even if don’t owe the IRS, you’ll get money back. The income thresholds vary according to your filing status and number of dependent children you claim and are adjusted each year for inflation. For 2009 taxes, the income limits range from $13,440 to $48,279.

Tax help for higher education costs has been a big, and pleasant, surprise for many who’ve seen their income decline. In many cases this includes individuals who still made decent money, but just not as much as in past years.

Karsten says that’s the situation for some of his clients who in 2009 saw their commission sales drop or who didn’t get a bonus. “When I’ve alerted them to a deduction, they say you’ve always told me I wasn’t eligible,” he says. “And I tell them, well, you weren’t, but this year you are.”

Of particular note is the new American Opportunity Credit. It offers a credit of up to $2,500 and is available to single taxpayers who make $80,000 or less and married couples with joint income up to $160,000. Even if you earn more than that, you might qualify for a partial credit.

The IRS says that Free File, its partnership with tax software manufacturers, is available to 75 percent of taxpayers. That percentage might be even higher this filing season since so many people have seen a drop in their incomes.

With Free File, you can prepare your taxes and electronically file them just as the name says: at no cost. The only restriction is income. To use the free online tax prep and e-filing option your adjusted gross income, regardless of your filing status, must be $57,000 or less.

And the actual process of filling out a return also might now be easier for some taxpayers.

“If you’ve been itemizing in past, but your business had a bad year or you lost your job, you might find that you don’t need to itemize this year,” says Scharin. “If you’re not itemizing, you don’t have to go hunting around for your receipts. So at least you don’t spend your time focusing on what you’re not going to need.” 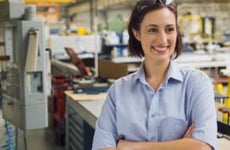 Get a break now from the IRS for saving for retirement

How the new tax law affects your 2010 taxes 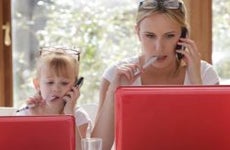