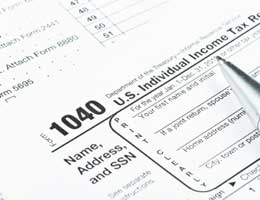 The good news for taxpayers working on their 2011 tax returns is there aren’t many major surprises this filing season.

“It’s not too significant a year in that there’s not a lot of uncertainty,” says Mark Luscombe, principal federal tax analyst at CCH in Riverwoods, Ill. The Bush-era tax laws were extended through 2011 and 2012, so taxpayers generally know what to expect when it comes to how much they’ll owe.

But just how you get to your final tax bill could be different. Some other tax changes, many slipped into legislation years earlier, are taking effect with 2011 filings. And the Internal Revenue Service has revised or added forms to help it collect what it says we owe.

These tax law changes could help some filers pay a lower tax bill. Or they could cost others a few more tax dollars.