Find the deepest discounts on furniture, jewelry and more in January 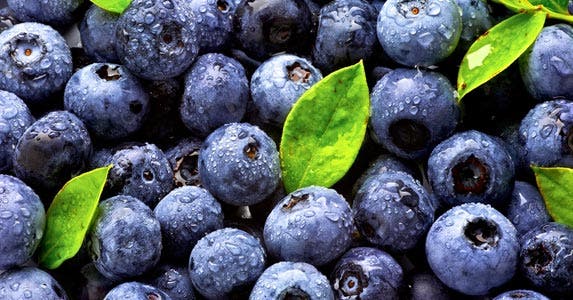 Looking to warm up in January? Or maybe just battle those post-holiday blahs?

You’ll find everything from sweet citrus, juicy berries and tea on sale in January.

And if you’d been holding off on home redecorating, you’re in luck. Before the new furniture designs hit the stores in February, you’ll find some clearance deals with deep discounts.

From calendars to prime rib, here’s what’s on sale in January — along with a few pointers on items that won’t be marked down until later this year. 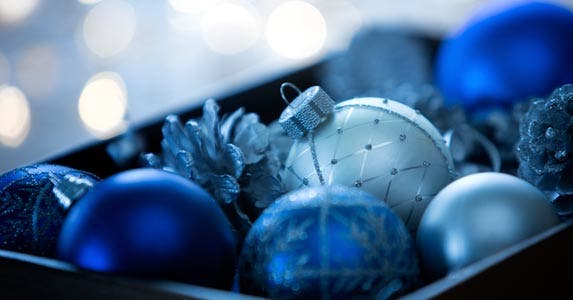 Want to enjoy the holidays just a little longer? Now’s your chance.

All the Christmas, Hanukkah and Kwanza decorations of your dreams are on sale at the lowest prices of the year. “Pretty much anything holiday-themed, you’re going to get a good deal on,” says Kendal Perez, spokeswoman for CouponSherpa.com.

So, January “is a great time to stock up on holiday goods,” Perez says.

What you can save: At least 50% in January, and up to 75% toward the end of the month and into February, she says.

Perez scored a half-off deal on artificial holiday greenery and saved more than $30.

What you might not know: Big box stores aren’t the only ones with clearance deals, Perez says. Check your local independent shops, and you’ll find some great prices, she says.

And after New Year’s Day, calendars go on sale.

“A lot of people like to get their calendars before Jan. 1,” Perez says. Even so, anything that has 2016 written on it will be discounted, including wall calendars, desk calendars and personal planners, she says. Look for deals of up to 40% off, she says.

And toward the end of the month, “you’ll see that discount edge to 50%,” Perez says.

While you’ll start seeing it in early January, most of it will be full price until February, she says. 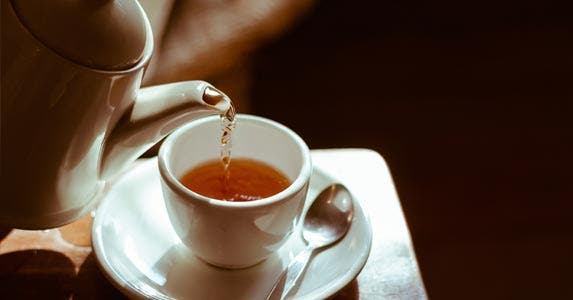 Looking for an excuse to sit inside with a warm cup of tea while it’s freezing and blustery outside? January is National Hot Tea Month.

Expect to see all kinds of deals and coupons on your favorite brands and varieties, says Teri Gault, founder and CEO of TheGroceryGame.com.

Add a coupon and you could increase that discount to 60% to 70%, she says.

For those who collect paper coupons, the 1st Sunday of the year (Jan. 3) “is the best day for coupons in the paper,” Gault says.

Want to stock up on this winter staple? You’ll see some nice discounts in February, which happens to be National Canned Food Month. So, your inexpensive favorite “will be even cheaper,” Gault says. 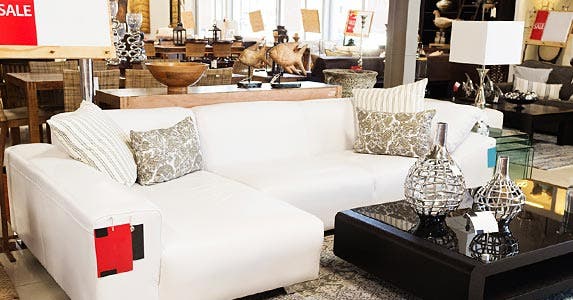 Need a new sofa or a few chairs?

New models and styles of furniture hit the stores in February, so retailers will be clearing floor space this month, Perez says.

You’ll see price cuts everywhere from big-box retailers to high-end home stores, Perez says. “Most of this will be in the clearance section, but some will be storewide,” she says.

Gault says the other thing fueling some good deals is that a lot of consumers cut back on buying home furnishings after Thanksgiving. “It’s a good time to go in and haggle on furniture,” she says.

If you’re shopping based on price this month, skip: 2015 model TVs, Perez says.

The 2016 models will debut at the Consumer Electronics Show this month but won’t hit the stores until February, she says. And that’s when the 2015 models will go on sale.

And with the Super Bowl on Feb. 7, you’ll see a lot of those pregame TV deals during the first week in February, Perez says. 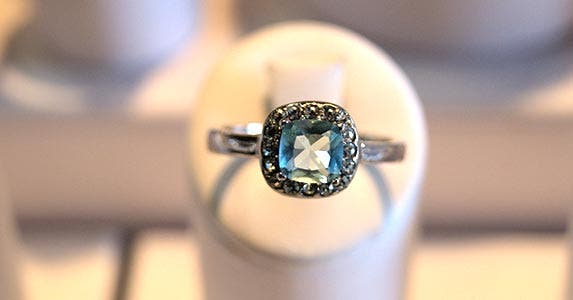 One Valentine’s Day item that is on sale this month: jewelry.

“Jewelry is actually a really good buy in January,” CouponSherpa’s Perez says. So, if you’re planning to give someone jewelry for Feb. 14, “it’s not a bad idea to look at those deals in January,” she says.

Another good buy you might not associate with January is men’s dress shirts.

TheGroceryGame’s Gault says stores stocked up prior to the holidays and are now clearing them out. Depending on the store and brand, you can find price cuts of 70% to 80%, she says.

If you’re shopping based on price this month, skip: Champagne, Gault says. With Valentine’s Day next month, you’ll see some great February discounts on bubbly. 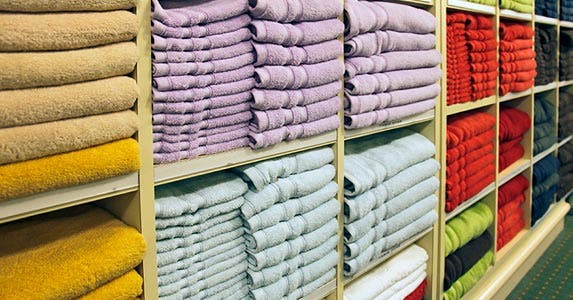 Another area where you’ll see discounts: bed and bath linens.

Shoppers will find price cuts of 15% to 50% off sheets, towels, pillows and comforters at January white sales, Perez says.

And the deepest discounts will be on winter-weight bedding, she says. 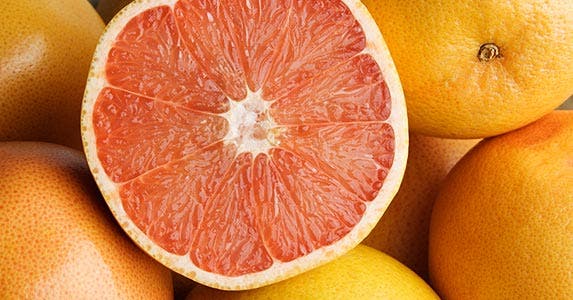 Want a good buy that’s sweet and will help you stick to those New Year’s resolutions? Think citrus.

In January, grapefruits and navel oranges will be at some of the best prices of the year, says Kevin Doty, a global produce coordinator for Whole Foods Market.

Another good buy in the produce section: pears.

Look for deals on Comice and Anjou varieties, Doty says. Those prices should be down “at least 30%,” he says.

Both types of fruits — citrus and pears — are slightly smaller this year, “so you’ll see better prices on bagged fruit,” Doty says.

One sweet surprise you might not expect in bleak January? Fresh blueberries.

Courtesy of summer in South America, you can find pints for $3 to $4, which is about $1 to $2 lower than what you might find at other times of the year, Doty says.

If you’re shopping based on price this month, skip: strawberries. Doty says another warm weather delicacy that won’t be sporting its best prices this month is fresh strawberries. You’ll see better prices when the fruit comes into season in the late spring. 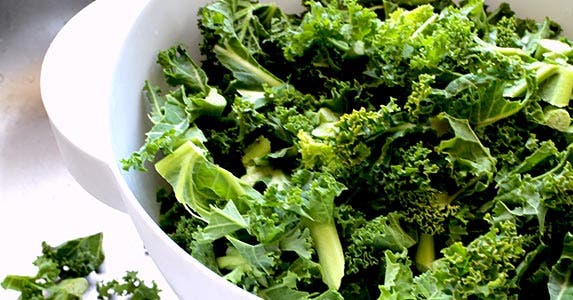 Looking to enjoy some greens for a little less green in the new year?

Prices on greens — everything from kale and collards to chards and Asian varieties like bok choy — will be discounted by about 25% this month, Doty says. That coincides with New Year’s resolutions and consumer interest in trying something new, he says.

Another winter favorite on sale this month: squash.

Look for discounts on butternut, acorn and spaghetti squash, and other varieties of hard squash, Doty says. You’ll find them for $1 to $1.30 per pound — down about 30% from offseason prices, he says.

If you’re shopping based on price this month, skip: Chinese food staples and condiments. The Chinese New Year falls on Feb. 8. You’ll see a lot of discounts during the first week of next month, Gault says.

And the Jan. 31 Sunday newspaper also should have a lot of coupons for Chinese food staples and condiments, she says. Stock up, and you could save up to 60%, Gault says. 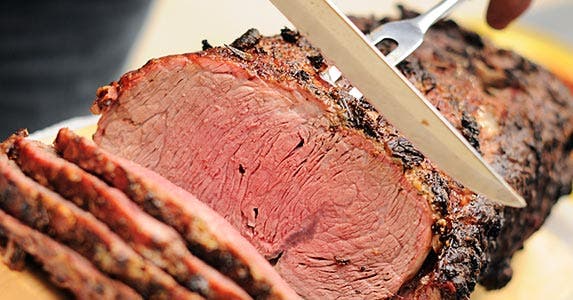 Looking to get a good deal on prime rib?

If you can hold off until the 2nd week in January, you’ll find a plentiful supply and a 20% discount, says Stanley Lobel, partner with Lobel’s of New York, a butcher shop in Manhattan.

Pork is a popular option for Christmas dinner. You’ll find prices dropping in January on cuts like loin of pork, crown of pork and pork chops, Lobel says. And you can save about 15%, he says.

If you’re shopping based on price this month, skip: lamb and veal. It’s the wrong time of year for either price or quality, Lobel says.

Gault says shrimp and crab will not likely be at their best price this month. You’ll see better deals in February in the lead-up to Valentine’s Day.