What’s on sale in April? 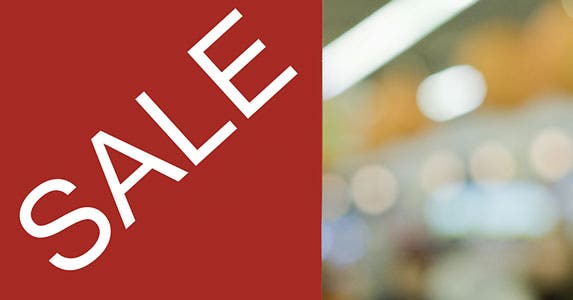 Whether you crave a fresh salad, a little chocolate or a new laptop, you can probably find a deal this month.

April showers? Get a slicker at less than sticker price. Want to turn that patio or deck into your home outside of home for the next five months? You might find decent discounts on furniture, containers and flowering plants.

Whether you want to add a little spring zing to your menu, home or attitude, here are items on which you can find discounts, deals and sales this month. 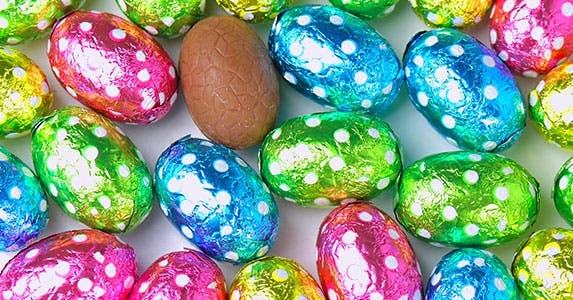 Early in April, the biggest discounts are on Easter candy: treats such as “chocolate bunnies and chocolate eggs filled with peanut butter or cream or different confections,” says Denise Alvarez, formerly the marketing manager for Retail Confectioners International, an association of independently owned candy producers and retailers. In many cases, shoppers will find discounts of 10 to 15 percent, she says.

If you love the candy but don’t care about the calendar, the days after Easter are a candy lover’s bonanza. Anything themed that can’t be repackaged for other holidays can be up to half off, she says.

If your tastes run toward the non-chocolate, April 22 brings National Jelly Bean Day. Depending on the retailer, you could find discounts on jelly beans of up to 10 to 20 percent, Alvarez says. 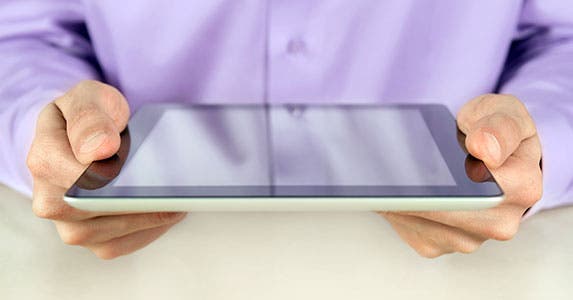 April is a good time to save on TVs, laptops and tablets — oh my.

“April is actually a pretty good month for both televisions and laptops,” says Jim Barry, spokesman for the Consumer Electronics Association. “Part of it is because it’s the end of the model year. And it’s the end of the fiscal year for Japanese companies — they’re trying to clear the books.”

Generally, shoppers can expect discounts of about 10 percent on TVs and laptops, he says. With TVs, “it’s really all over the place,” depending on the company and the model, he says. TVs without some of the latest high-tech features (such as Internet interface or 3-D) might offer greater discounts, he says.

Think ahead for gifts

Mother’s Day, graduations and Father’s Day come in May and June, and that means good prices in April on accessories for electronics — things such as cases, docking stations and carrying bags, Barry says. 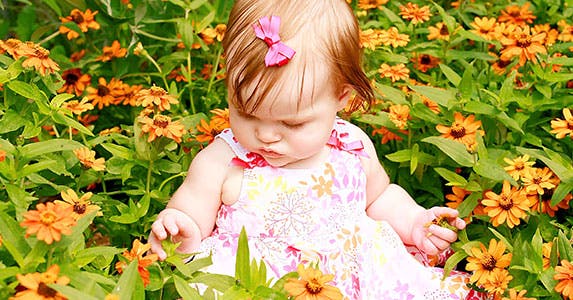 During the first week of April, parents will see dress clothing marked down by 25 to 50 percent, says Dan Butler, president of Maple Point Consulting and senior adviser to the National Retail Federation.

There are two times of year when parents try to outfit their children in dress clothes: just before winter and spring holidays, he says. Bargains include everything from baby and toddler sizes to juniors and young men’s sizes, he says.

The only problem for bargain hunters is that it’s a short window of just one week, Butler says.

Get the party started

Got a spring party planned? When it comes to items such as balloons, costumes, place mats and special dinnerware, you could find deals of 25 to 50 percent off during the first week of April, Butler says. If you wait, the real deals come after the holidays, when you can find the same items for 40 to 70 percent off, he says. 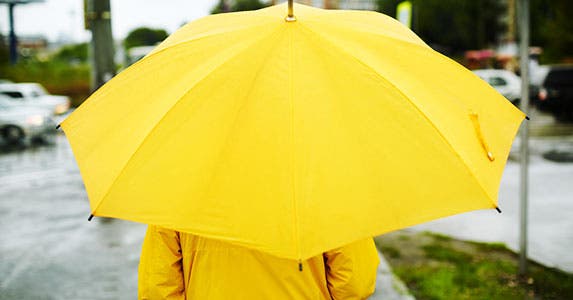 With April weather a peril, buy apparel at a discount.

Shoppers will see discounts on lightweight weather gear — such as umbrellas, slickers and jackets — for 20 to 30 percent off, he says.

If you would rather plan for sunny weather, you can likely find bargains on swimwear in April. Many stores mark swimsuits down by 25 to 50 percent, Butler says. Warm-weather casual clothes, such as shorts, T-shirts and tank tops, are popping up at 25 to 40 percent off, he says. 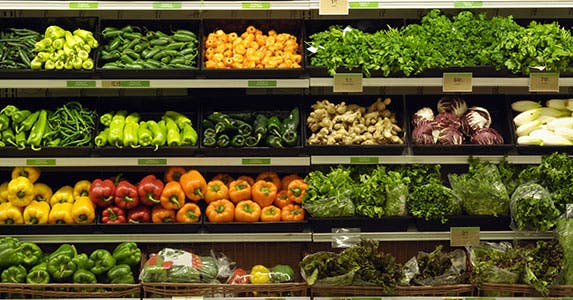 Your supermarket will have plenty of produce on sale in April.

Grape or cherry tomatoes are another good buy in April. Instead of price cuts, look for larger amounts sold at the same price, Parker says.

Prices on artichokes, asparagus, strawberries and mangos dropped in March, and, if the weather holds, supplies will be even more plentiful in April, Parker says. Consumers could see lower prices or larger portions for the same price.

April brings plenty more bargains in produce, including for red peppers. In general, hothouse peppers will run about $2 to $4 a pound, while peppers grown in the field will be about $1 to $2 a pound, Parker says.

Consumers should also see some good buys on broccoli and cauliflower, he says. 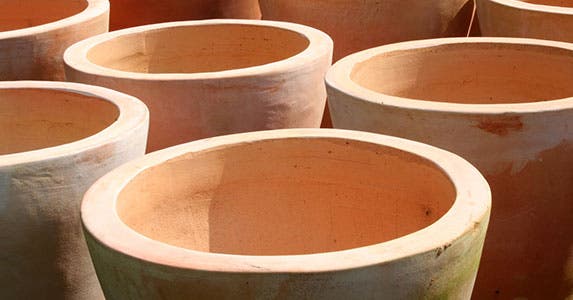 In April, you can find deals on outdoor furniture, clay pots and some blooming plants.

You might not get the best prices on outdoor living goods in April, but that doesn’t mean you can’t find a discount.

If you’re in the market for some patio furniture, you can find markdowns of 20 to 30 percent in April, Butler says.

In April, many garden centers run specials on terra cotta pots — a favorite for container gardening, says P. Allen Smith, author of “Living in the Garden Home” and host of “P. Allen Smith Gardens.” While the discounts aren’t as big as you’d score in October (as much as 80 percent off), you can get deals of up to 20 percent off, he says.

Nurseries and garden centers will also run superlow prices on select items in April, hoping that you’ll buy other things once you’re in the store. So look for loss-leader prices on things such as hanging baskets of blooming plants and flats of perennials, Smith says.