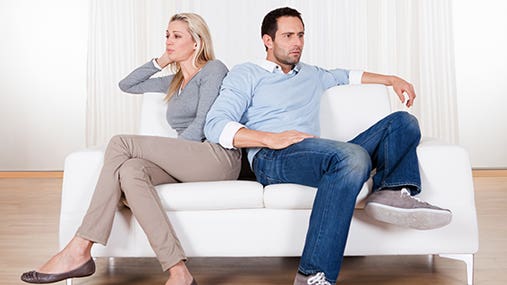 The costs of divorce

“Happily ever after” can turn into “going our separate ways” for many married couples. And that can take a toll on their personal finances as they move on from each other.

Roughly 1 of 2 marriages ends in divorce, according to the most recent data from the Census Bureau.

Divorced men and women are more likely to earn less than $25,000, to be living below the poverty line and on public assistance than their married counterparts, according to Census stats. Divorced women often fare worse than divorced men, according to the data, even though they are three times more likely to get custody of the children.

“The general rule is you’re not going to be better off after a divorce,” says Andrew Hoffman, a Certified Divorce Financial Analyst. “And the lesser wage earner has the greatest difficulty in financially recovering from a divorce.”

A family’s income needs to increase by almost a third to maintain the pre-divorce standard of living in two households, according to calculations by Hoffman.

When heading for divorce, know in advance that it can deplete your personal finances whether you’re the ex-wife or ex-husband. 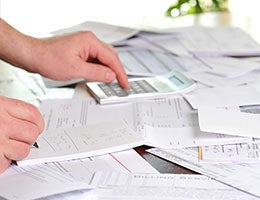 You and your spouse share responsibility for joint debt, such as credit cards, car loans, mortgages and other personal loans. During divorce, payments for these debts are split between the two of you, but the legal obligation still rests with each of you as long as both names are on the debt.

“A divorce decree is between you and your spouse only,” says Maxine Sweet, vice president of public education for Experian. “It has no legal impact on your contractual obligations.”

That means you may have to trust your ex to make payments on a debt as agreed. If your ex-spouse doesn’t, the lender is allowed to go after you for the debt and report the delinquency on your credit report, damaging your credit score.

Sweet suggests that you and your ex each take out a separate consolidation loan to pay off joint debts. For jointly held credit cards, ask the issuer to close the account to new charges until the debt is paid off. At that time, close the credit card account altogether.

Mortgages are harder to resolve, because it requires refinancing to remove you or your ex-spouse’s name from the home loan. But you (or your spouse) may not be able to qualify for the mortgage on your own. In that case, it may make more sense to sell the house and split the proceeds, says Sweet. 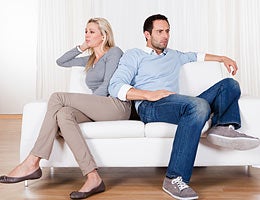 A couch is a couch — until it’s part of divorce. Before committing to certain possessions, take the time to understand each item’s true value to get a fair deal.

“People need to realize there are different values to things that appear to have the same value,” says Mark Baer, a family law attorney in California.

For instance, $100,000 in retirement savings isn’t equal to $100,000 in equity in a house, says Baer, and the value of both will fluctuate. The full value of the retirement account can’t be accessed until a certain age. If you or your spouse dips into it early, you will pay penalties and taxes, reducing the initial $100,000. By contrast, $100,000 in home equity is easier to tap without penalties.

On the other hand, whoever gets the house should perform any due diligence that any third-party homebuyer would do. That means getting an inspection to uncover any deferred maintenance or repairs that may lower the home’s value, says Baer.

“Are you paying top dollar for the house?” he says. “Are you making an emotional decision? In many cases, people are.”

Be similarly careful about splitting smaller possessions. For example, instead of giving the china to your spouse while you pay full retail price to replace it, Baer recommends each of you take half and pay an equal amount to replace the other half. 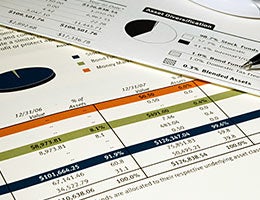 To recover, run a retirement calculator as you go through your divorce, says Jean Chatzky, financial editor for NBC’s “Today” show and founder of “Money School.” Add up your pension income, your new estimate for Social Security benefits and other retirement savings.

“Ask yourself if you have ground to make up that will require you to save more,” says Chatzky.

Besides how much you have saved, you may also find that your mix of investments is out of whack after the divorce. You may have too much money in stocks or too many bonds, for example. Your investments should match your profile as a single person in terms of age, new retirement goals and risk tolerance, says Chatzky.

It may be time to seek a financial adviser for a session or two to rejigger your retirement goals.

“You’re embarking on new course of life,” she says. “You want to make sure you’re headed in the right direction and not wasting time.” 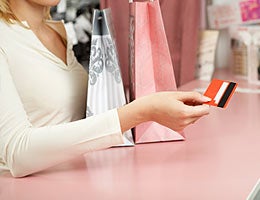 After your divorce, you may be tempted to spend like you used to. You may want to outfit your new residence to create a “home” or shower your children with gifts to alleviate guilt. But all that spending only erodes your overall financial security.

If there is ever a time for a budget, this is it. Track the money coming in and going out until you get used to your new financial reality, says Chatzky. Create your new house slowly, buying what you need versus what you want.

“Everyone needs a place to sleep, but should you renovate the new kitchen because it’s not as nice as the old one?” says Chatzky. “I’d say hold off.”

Decide what your top priority is — such as your mortgage, children’s education or lifestyle — and budget your money around that goal, says Mary Ellen Nicol, a certified housing counselor with CredAbility, a nonprofit credit counseling service. Otherwise, you may end up borrowing money from your 401(k) or get cash advances to keep up multiple priorities.

“The challenge, on an emotional level, is looking at the new budget and celebrating the top priority,” says Nicol, “instead of maintaining something that is no longer a priority.” 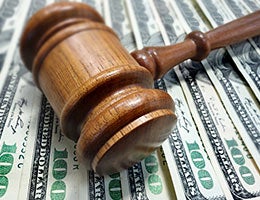 The actual act of getting divorced can be expensive.

Divorce costs include more than attorney fees and court filing fees. Divorce proceedings may require psychological evaluations, business and financial evaluations, or other professional services, and all that adds up.

Hoffman recommends using your professional’s time efficiently to avoid unnecessary charges. Save your questions for a scheduled meeting instead of calling or emailing whenever something comes up.

Consider other costs, such as health insurance premiums since you’re not on your ex’s employer’s plan. If you’re selling a house with your ex-spouse, think about real estate commissions and any costs for repairs or upgrades. If one of you is keeping the house, don’t forget about re-titling fees and refinance closing costs.

Then, there are higher income taxes from realized gains on liquidated investments, early withdrawals from pensions or retirement savings, and fewer deductions and tax credits.

But “the costliest problem is letting emotion take over,” says Hoffman, “when a couple fights over something that is relatively unimportant and spends a lot of money doing it.”