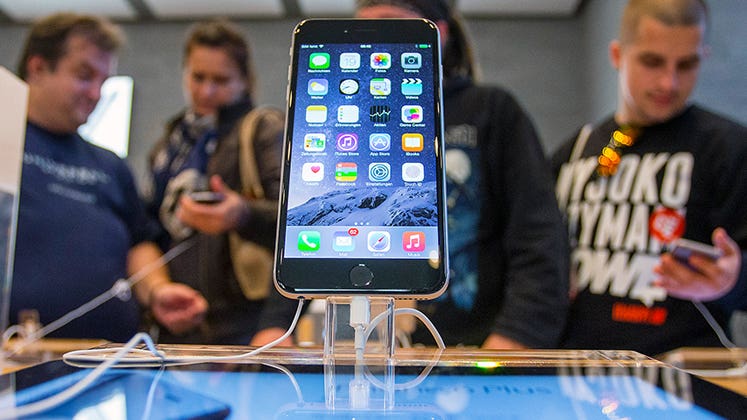 Think you’re just buying a smartphone or other mobile device? Nope. Nowadays, you’re buying into a whole system that may determine how you call in to your next meeting, read a book or kill time in the waiting room.

An “ecosystem” model drives companies like Google, Apple and Amazon to wield their influence in steering customers to buy more than one device, but are you paying more to be a part of a tech titan’s big picture?

A tech ecosystem can be defined as “the complex of a community of digital devices and their environment, functioning as a whole,” according to a report by Ben Bajarin, director of consumer technology practice at Creative Strategies, a consulting firm in Silicon Valley. 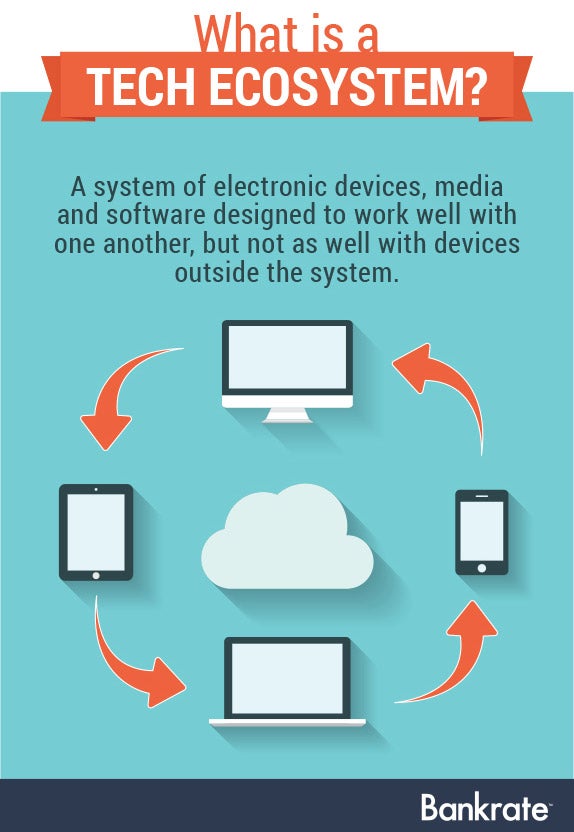 Those ecosystems can lead to increased customer loyalty, as consumers look to buy gadgets that work best with the ones they already have.

And loyalty means repeat customers. Manufacturers hope these consumers will spend even more time than the seven hours per day on average that Americans spend looking at some sort of screen across all devices, according to a report by Kleiner Perkins Caufield and Byers.

Arguably the most recognized leader of the model, Apple has turned compatibility, user loyalty and tightly controlled development into a $529 billion company. Of the $216 billion net operating profits over the past six years in the smartphone industry, Apple’s iPhone has commanded 62 percent, according to a report by Forbes.

Those figures are in part attributable to the many benefits of Apple’s tightly woven platform — ease of use, seamless compatibility. But if you ever want to switch, the company doesn’t make it easy to “see other ecosystems.”

“Apple’s (ecosystem) is an important and durable competitive advantage,” says Vitaliy Katsenelson, Investment Management Associates chief investment officer and author of “The Little Book of Sideways Markets.” “It creates a tangible switching cost (or, inconvenience) after Apple has locked you into the iEcosystem.”

In June, Apple appeared to double down on this concept, introducing Continuity, a feature intended to allow seamless communication and work across all your devices, provided they’re all Apple products. Mixing and matching with, say, an Android device simply isn’t an option with the new feature, because it works only with the Apple operating system.

“The iEcosystem makes switching from the iPhone to a competitor’s device an unpleasant undertaking, something you won’t do unless you are really significantly dissatisfied with your iDevice (or you are simply very bored),” Katsenelson says.

With users less likely to change platforms and no hardware competition within the ecosystem, Apple has the capability to offer high prices — a tax, of sorts, for the assurances a relatively closed system brings.

“The advantage of a closed ecosystem is control and a better ability to guarantee stability,” says Ron Adner, a professor of strategy at the Tuck School and author of “The Wide Lens,” a book on successful innovation. “The concern with a closed ecosystem is that, once leadership is firmly established, there is a temptation for the leader to change the terms on the followers.”

If Apple is the picture of simplicity and control, Google is more of an open marketplace, albeit backed by $377 billion in market value. The decentralization opens the ecosystem up to some of the risks and dangers not as present in Apple, but the payoff is more choices and often lower costs to be a part of the ecosystem.

For example, while there is only one iPhone with different models, there are more than 70 Android phones available across the major U.S. carriers. The average price for an Android phone in 2013 was $276 without a carrier subsidy, according to PhoneArena, compared with $650 for the iPhone — a gap that’s widening.

Aside from Android-specific apps, users who download movies, music, books and other media from Google Play can play those files on any platform. As for Google’s continued push into television, last summer the company introduced Chromecast, a small HDMI plug-in that streams video on a TV from nearby devices, pushing the envelope on competitors with its small size and equally small price ($35).

With its legion of e-readers and tablets, Amazon also has a growing tech ecosystem, which now includes a smartphone.

“The Fire is an attempt to leverage the initial relationships established with (the Kindle) to add new partners and enhance the value proposition for consumers,” Adner says. “The key here is that competing with other ecosystems is both fine and natural; competing with partners (for example, the recent tensions between Amazon and publishers), however, creates fragility.”

Amazon’s position of power rests atop its unparalleled shopping platform, including its $99 annual Prime membership, which includes access to an increasing library of video and custom content. Amazon has also allowed users to access their books on Android, iOS and PC devices.

Another behemoth of an ecosystem is perhaps best known for its hardware-centric perspective. Microsoft, from its Xbox entertainment system to countless aging PCs, hasn’t particularly excelled in the services realm of late. Windows’ phone shipments dropped 9.4 percent in the second quarter of 2014 from the previous year, to 7.4 million units. What’s more, one of Microsoft’s anchors in the new Xbox One has been performing poorly against rival Sony’s PS4.

Despite these shortcomings and a present lack of cohesion among its devices, Microsoft’s stated approach to ecosystem openness, consumer affordability and sheer size suggests it will remain a viable ecosystem for the foreseeable future.

Which ecosystem is right for you?

When determining which phone, computer or other device is most appropriate for you, it is increasingly important to understand that an ecosystem decision is being made as well — one that might stress security — over development, or affordability over stability.

In other words, to pick the right ecosystem, you have to consider not just what’s out there now in that ecosystem, but what’s likely to be there in the future. Choose wisely.