Scammers’ swindles pick up in summer

Summertime conjures up daydreams of beach holidays, lazy picnics and firing up the barbecue grill. Don’t get too distracted, though: Summertime scammers are busy dreaming up schemes as well. According to Katherine Hutt of the Council of Better Business Bureaus, or BBB, certain swindles are more prevalent in summer months than any other time of the year.

“Summertime seems to offer scammers a lot of opportunities to catch us out of our routine,” says Hutt. “It’s best to keep your eye out for red flags and stay vigilant, even when you’re trying to relax.”

To keep from getting burned, steer clear of these five scams. 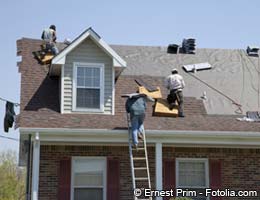 The ravages of winter or rains of spring can leave your house looking worse for wear — a fact not lost on home improvement scammers. During summer, it’s common for homeowners to be approached by a contractor who will point out property damage and offer to repair it. “Often they’ll say they can give you a good price because they’ve got materials left over from another job,” says Hutt.

But many of these workers who appear out of nowhere only do cosmetic repairs. “We get complaints of driveways being painted black instead of being asphalted as promised,” Hutt says. Other scams involve the “contractor” loosening shingles on your roof to create damage. And some swindlers simply take your deposit and run.

Avoid it: Be wary of anyone offering unsolicited home improvement services. “Be picky, ask questions and make sure the worker has insurance,” says Hutt. Also, take the time to check the worker’s BBB report and don’t yield to high-pressure tactics.

“People tend to be less cautious about hiring workers for outside the home,” says Hutt. But any time you allow someone access to your property, you should know exactly with whom you’re dealing, she says. 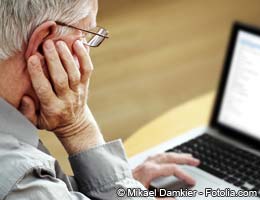 Here’s the scenario: Grandpa gets an email from his grandkid, who claims to have been mugged while on vacation and desperately needs money. The details seem right, so Grandpa wires the money — to an imposter who has hacked the grandkid’s email account and lifted facts about the kid’s life from social media. “People put so much information about themselves on social media, it’s scary,” says Hutt. Scammers use this information to make cons more realistic.

While older people are often targeted in these scams, anyone can fall victim. When Rabbi Paula Winnig’s email was hacked a few years ago, friends received a message saying she had lost her wallet and passport during a trip to the U.K. and needed money. “The letter was so convincing even my own sister believed it,” says Winnig. ” Because (the scammer) had also stolen the contacts through Facebook, he knew some information about people who sent back questions like ‘Tell me how you know me.'” Several friends wound up losing money.

Avoid it: Never announce your vacation plans on social media, says Hutt. Moreover, if you receive an email purportedly from a stranded friend, don’t send money without first speaking directly to your chum. 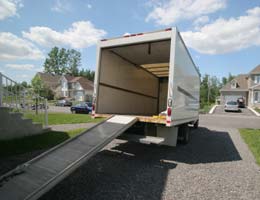 Summer is the most popular time of year to move, which can make finding a quality moving company tough. But if you’re considering hiring an off-the-books mover, you’d better reconsider.

“Remember: You’re hiring people to enter your home, take your belongings, put them in a padlocked van and drive away,” says John Bisney, spokesman for the American Moving & Storage Association. If these movers don’t have a record of trustworthiness, “it’s not always going to work out well for you.”

A common scam among rogue movers is the hostage situation, Bisney says. After packing your possessions, these movers will refuse to unload the truck unless you pay extra, saying the price has increased because your belongings weighed more than anticipated. The police can’t help. “They’ll say it’s a contractual dispute,” says Bisney. The mover may then store your property, at your expense, until the dispute is resolved.

Avoid it: For interstate moves, hire movers who are members of AMSA’s ProMover program, recommends Bisney. The AMSA rigorously examines the business practices of each ProMover candidate, and only admits a business to the program if it has been deemed to have excellent and ethical business standards. In addition, it must sign an agreement pledging to uphold the AMSA’s code of ethics and bylaws.

If a ProMover isn’t available, then at least confirm the mover is properly licensed by the Department of Transportation. For intrastate moves, check the mover’s reputation through the BBB or your state’s moving association. 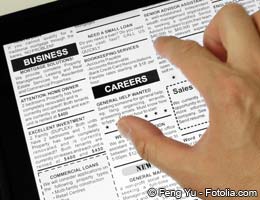 With national unemployment rates still high, countless new graduates will spend this summer sweating over online employment ads. Unfortunately, such ads can be rife with scams. According to the BBB’s Hutt, scams are most prevalent on Craigslist or other free job listing sites, but email phishing work-from-home cons are also widespread.

“We’ve seen some very slick operations,” says Hutt. “They look and feel totally legitimate.” The more crafty scammers have professional-looking websites and sometimes conduct lengthy telephone interviews, after which they “hire” you. Then the true scam begins.

Bogus businesses usually ask for money upfront for reasonable-sounding purposes, such as to run a credit or background check. Alternatively, they might require you to complete online forms “for the HR department” that ask for information like your birth date, Social Security number or mother’s maiden name. Of course, “they’re really asking for everything needed for identify theft,” says Hutt.

Avoid it: Never divulge personal information without ensuring the company and the offer are legitimate. Thoroughly research the company’s reputation and stay alert to red flags during the interview process. “Anytime someone wants an advance fee, or says you’ll make ‘big money,’ you want to be suspect,” says Hutt. 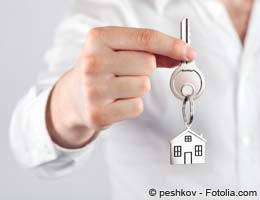 It’s every traveler’s worst nightmare: finding a great deal online for a vacation rental only to discover, upon arrival, that the address doesn’t exist. Or the keys don’t work. Or the telephone number for the person that took your deposit is suddenly out of service. But according to Elizabeth Walling, Internet crime analyst at the National White Collar Crime Center, nearly 8,000 rental-related complaints were reported to the center between June 2011 and June 2012, including vacation rental scams.

“When you think you have found the perfect rental, at the perfect time with the perfect price, you want to jump at the opportunity,” says John Everett, spokesman for the National White Collar Crime Center. “Scammers rely on the impulsiveness of the vacation renter.”

Avoid it: Before paying, do your homework. Run a search on the rental address or rental description, advises Walling. “If the same (property) is for rent in San Francisco, Calif., and Savannah, Ga., you have a scam on your hands.” Also, search the name of the individual or business providing the rental. If they’ve pulled the scam before, someone might have complained on a scam-busters site, says Walling, giving you the chance to walk away.

More On Scams To Avoid: