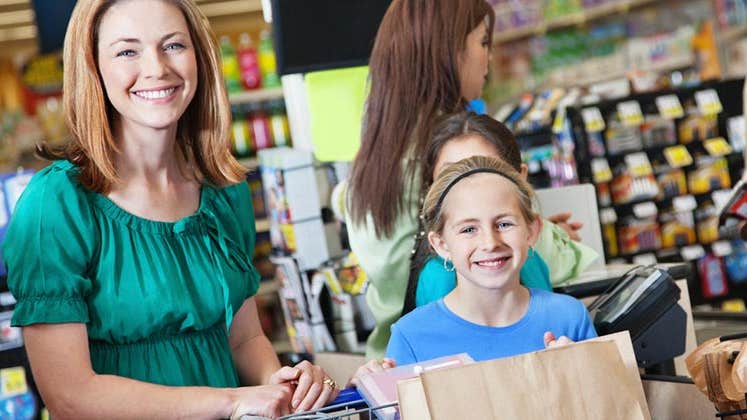 You’re standing in the checkout line and your kid asks for a candy bar, a little ball or a cheap ring on the way out. Cue the whine: “But you always get us a treat.”

Maybe impulse buying is justified as a reward for good behavior. Or an attempt to pre-empt a full-scale temper tantrum. Just like your child, you’re tired and tempted.

“I have 2 young kids,” says Danny Kofke, a retirement consultant with Invest-N-U, former schoolteacher and author of several personal finance books, including “A Bright Financial Future: Teaching Kids About Money Pre-K Through College for Lifelong Success!”

“There are times I’ve been guilty, too,” he confesses.

“You put a quarter in those machines, get some plastic thing out that they think they’re going to like — 5 minutes later it’s gone and they don’t even know where it went,” says Kofke, whose daughters are 11 and 8.

For parents who are with their kids all day, impulse buying while running errands can hit $5 a trip. At 4 trips a week, that’s more than $1,000 a year. 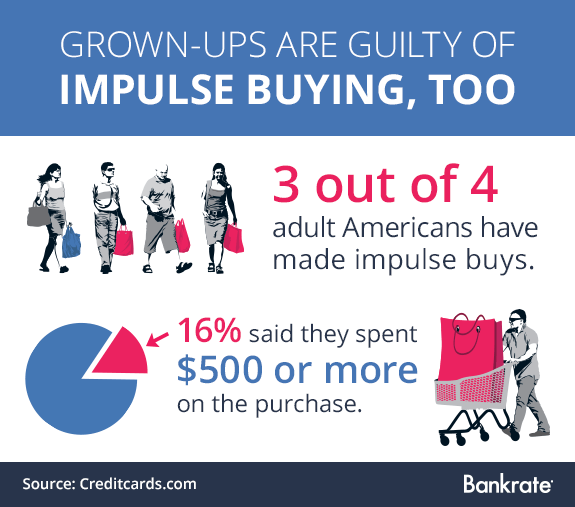 When his kids were toddlers, Kofke began his errands saying: “We’re not getting anything. Don’t even ask.”

The tougher impulse buying temptation for Kofke now is the lure of warm pretzels, ice cream cones and frozen yogurt at the mall, especially when it’s lunchtime and everybody’s hungry.

“It’s my fault I didn’t plan,” he confesses. “Sometimes I’m hungry, too. It seems all financial planning advice goes back to … planning.”

Kofke’s advice to avoid impulse buying: Go out after lunch or after supper. If your errands might take longer, pack food from home for the car to avoid the siren song and the smell of enticing eats on an empty stomach.

If you do end up buying food, limit the damage. Think (and drink) water.

“A friend of mine, if his kids want a soda with dinner, tells them: ‘If you get water, I’ll pay you $1.’ Since sodas cost $2 at restaurants, that still saves him money and teaches his kids delayed gratification.”

If Kofke’s kids want to make impulse buys, “They can pay for it themselves,” he says. “They can spend their own money.”

That kind of thinking will pay off in the long run when your kids ask for more expensive items.

For Kofke, it paid off big in the past year. When his older daughter, Ava, wanted a laptop, he brainstormed with her for ways to pay for it without digging into his pockets. She earned the money by writing her own personal finance book geared toward kids, “The Financial Angel.”