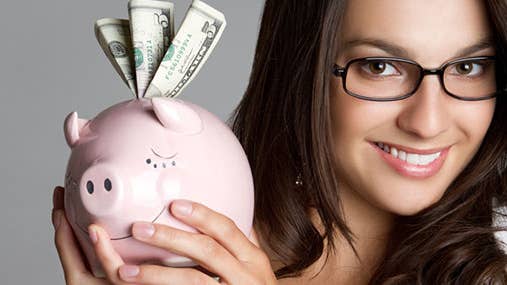 Think you’re financially savvy? When it comes to their personal finances, people carry around notions all their lives that may or may not be valid. For example, you’ve heard that money can’t buy you love, but can it buy happiness? Most people believe that it can’t — but science may prove them wrong.

Here are seven personal finance myths that happen to be everyday beliefs about the way we consider and handle money. Many of these myths fool even the smartest of savers. The latest research will help you discern the facts and see through the smoke.

Budgeting is the best way to save money 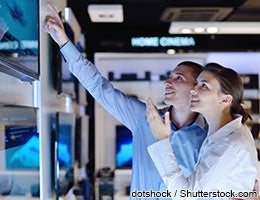 A study by researchers from Brigham Young University and Emory University shows that consumers who shopped with a spending limit spent up to 50 percent more on a single item than consumers without a budget.

Jeff Larson, the study’s co-author and an assistant professor of marketing at Brigham Young, says when consumers set a budget for a specific item, they oftentimes limit their searches to items priced close to the budget’s upper limit. If given $1,000 for a flat-screen TV, for instance, consumers are likely to limit their selection to televisions priced between $800 and $1,000 before looking at each TV’s features.

“We don’t claim that this indicates that you shouldn’t ever budget, that budgeting is overall a bad thing,” Larson says.

The effect is only present when shopping for single items. “Aggregate budgets” used for multiple products, such as groceries, generally help the user save money, Larson says.

He adds that consumers can potentially reverse the effect by limiting their selection based on qualities and features before looking at price. 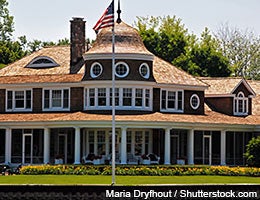 “The more people earn, the more they tend to spend,” says Stephen Goldbart, co-author of the book “Affluence Intelligence” and co-founder of the Money, Meaning & Choices Institute, a San Francisco-based company that provides advisory services for wealthy clients. “As people acquire more money, they almost immediately start purchasing things that they’ve felt they’ve always wanted rather than thinking about what percentages that they should put away and the consequences of changing their spending habits.”

This may explain why lottery winners are more likely to go bankrupt as those who didn’t stumble into thousands, according to researchers from the University of Kentucky, the University of Pittsburgh and Vanderbilt Law School. Or why 78 percent of NFL players are bankrupt or under financial stress within two years of retiring and 60 percent of NBA athletes are broke within five years of leaving pro sports, according to data from Sports Illustrated.

To ensure that higher earnings translate into higher net worth, Goldbart says, “Be conscious as a consumer. (Ask yourself:) ‘Is the purchase or spending of my money aligned with my values and moving me in the direction I want and need to go?'” 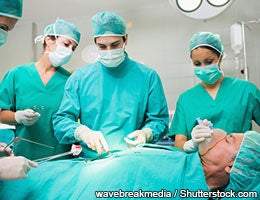 “In general, (a bachelor’s degree) will lead to higher earnings,” says Stephen Rose, senior economist at Georgetown’s Center on Education and the Workforce and co-author of “The College Payoff” study. But there are exceptions. According to Rose’s research, a very select few professions, including postal service mail carriers and electricians, had no statistically significant pay hike between the bachelor’s and high school diploma levels. In professions such as editing, those with a master’s degree statistically earn less than workers with only a bachelor’s.

Rose is quick to point out that those cases are few and far between. “The data is pretty overwhelming that higher degrees lead to higher earnings in the labor force,” he says. 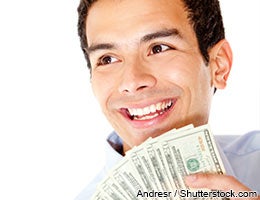 The truth is, money is correlated to happiness, particularly for low- and middle-income earners. Research from Princeton University shows that as test subjects increased their incomes, their overall life outlook improved as well. Regardless of economic class, jumps in salary and happiness increased at the same rate, meaning that a 20 percent increase in salary resulted in the same amount of overall happiness for both low-income and high-income people.

Income increases also improved subjects’ “emotional well-being” — the quality of their day-to-day existences — up until they reached the $75,000 mark. Earnings above $75,000 did nothing to improve subjects’ daily attitudes. As income dropped below $75,000, test subjects also reported more stress and less happiness.

Research from the University of California, Berkeley also suggests that money may influence happiness, but it’s not the most important factor. A series of four studies all show that the amount of respect and social influence a person wields has a significantly larger impact on their happiness level than their earnings. 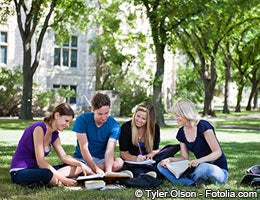 While many federal and state aid programs are need-based, meaning that they go to families with the highest financial need, colleges and outside organizations also offer merit-based aid, which can go to families of all economic levels. According to data from the College Board (as analyzed by The New York Times), some schools, such as Hodges University in Naples, Fla., and Mississippi College in Clinton, Miss., award merit aid to more than half of their freshmen class. Students can get an estimate on how much merit aid they may qualify for by using the net-price calculator located on their school’s website.

Dan Davenport, director of student financial aid services for the University of Idaho in Moscow, Idaho, adds that financial need is relative. “(Families) can’t determine their need by their neighbor saying, ‘Oh I already filled out the (Free Application for Federal Student Aid), and I didn’t have need, so I know that you won’t have need.'”

As financial need is determined by weighing a family’s income and assets against its college costs, even high-income families may qualify for need-based aid at pricey institutions. 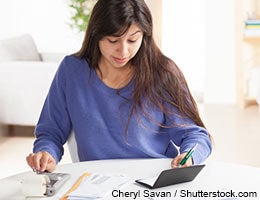 Not so, says Gail Cunningham, spokes woman for the National Foundation for Credit Counseling, the largest network of nonprofit credit counseling agencies in the country.

There are actually dozens of different scoring models, but “FICO is usually credited with being the granddaddy of them all,” she says.

Many lenders use the FICO scoring model, but some organizations have their own formulas. Credit bureaus also have multiple methods of calculating your score. While most scoring models yield similar results, a study by the Consumer Financial Protection Bureau shows that there was a “meaningful difference” for 1 in 5 consumers between different credit-scoring formulas, which could translate to a better or worse interest rate on a mortgage, auto loan or credit card offer.

What scoring models have in common, Cunningham says, is that they’re all based on information in your credit report, making it crucial to ensure that each of your reports from all three credit bureaus are error-free. Scoring models also use similar basic factors such as payment history and debt-to-credit ratio to calculate your creditworthiness. Instead of focusing on score, Cunningham says consumers should work on managing credit responsibly. 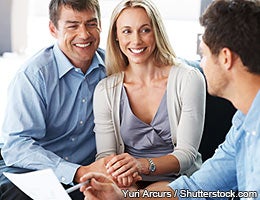 You may be, but there’s a good chance that your neighbor isn’t. A study by the National Foundation for Credit Counseling shows that 39 percent of U.S. adults don’t have any savings outside of funds in retirement plans. The same percentage also carries credit card debt from month to month. What’s more troubling than what we know about spending habits is what the U.S. public doesn’t know. The NFCC study also says that more than 1 in 5 adults have no idea how much they spend on housing, food and entertainment, and more than 2 in 5 give themselves a grade of C, D or F when it comes to personal finance literacy.

“Most people simply do not financially plan,” says Goldbart of the Money, Meaning & Choices Institute. “We tend to deal with money by looking in the rearview. ‘Oh I see what I did;’ nothing about what I am doing or what I could be doing.”

Before creating a financial plan, Goldbart advises consumers to evaluate their core values about spending, saving and sharing money, and then devise a plan that’s aligned with those beliefs.