7 money-related things to feel thankful for

What are you thankful for this year?

A turkey on the table? A day off work? The fact that Aunt Margaret arrived without the casserole this year?

Whatever it is, chances are it doesn’t involve money. When Americans take stock on the fourth Thursday in November, they’re usually focused on the heart (or the stomach), not the wallet.

But when you sit down to pay bills at the end of the month, you probably can tick off one or two things that make the money side of life a little better, too.

Here are seven money-related reasons to be thankful this season. See how many make your personal list. 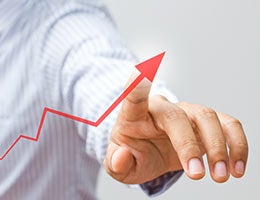 Toward the end of the year, “a lot of people are starting to look at their 401(k) statements, and they’re quite pleased,” says David Bendix, a Certified Financial Planner professional and founder of The Bendix Financial Group in Garden City, N.Y.

Investment returns have “definitely come back, and the markets are at all-time highs,” he says. “And that makes people feel better.”

Jill Gianola, a Certified Financial Planner professional and author of “The Young Couple’s Guide to Growing Rich Together,” agrees.

“We’re coming off a really good, good year in the stock market,” she says. “If you had investments, you should be thankful. Not only did we recover ground we lost during the downturn, (we) set new records.”

One tip from the experts: Don’t forget to rebalance your portfolio. “Rebalancing actually works,” says Wayne Bogosian, president of The PFE Group and co-author of “The Complete Idiot’s Guide to 401(k) Plans.”

During normal cycles, rebalancing every year is fine, says Bogosian. During more volatile cycles — like the one we’ve been in — “you rebalance your portfolio every quarter,” he says. 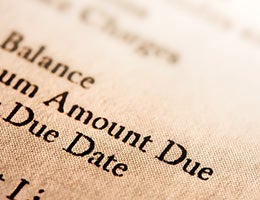 The windows of time between when bills arrived in the mail and when payments were due “were shrinking until lawmakers passed the Credit CARD Act,” which became effective in 2010, he says.

What you need to know: Card issuers must give consumers at least 21 days from the day bills are received to the day they’re due. Bills have to be due on the same date each month.

Also on the thank-you list: AnnualCreditReport.com, a website that makes it easy to pull your three credit reports every year, says Ulzheimer.

What you need to know: Whether you go to the site, call (877) 322-8228 or deal directly with the credit bureaus, every consumer is entitled to three free credit reports (one each from credit bureaus Equifax, Experian and TransUnion) every year.

Not many people are giving thanks for this one. Only 4 percent of consumers get their free reports every year, Ulzheimer says. 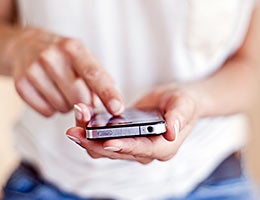 One thing to be thankful for: free apps and tools that help you track, manage and set goals for your money, says Linda Sherry, director of national priorities for Consumer Action.

No matter what the specific need (or level of computer savvy), consumers who want to budget can find tools that help them do that pretty easily, she says. “And a lot of these tools have the ability to warn you, alert you and keep you on your toes” if you veer off course from your goals, she says.

Don’t know where to start? Try the firms that are already involved in your finances and have your financial information, like your bank or credit union, your credit card issuer, and your investment firm, Sherry says. Another good one: genuine nonprofit credit counseling agencies affiliated with the National Foundation for Credit Counseling or the Association of Independent Consumer Credit Counseling Agencies. 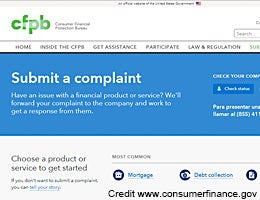 With a congressionally confirmed director, the Consumer Financial Protection Bureau is here to stay, says Tom Feltner, director of financial services for the Consumer Federation of America.

“I think that’s the No. 1 thing” for which consumers can be thankful, he says. “Having a consumer protection agency whose sole mission is to keep consumers safe in the consumer marketplace is a dramatic improvement over the patchwork we had a few years ago.”

“It’s very good for consumers, and brand new this year,” he says. “They’ve gained a lot of strength, and they’re starting to flex their muscles where consumers need help.” 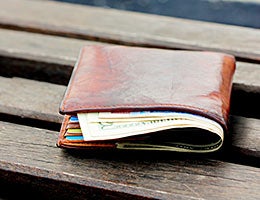 Lost or stolen credit card? It’s a pain, but at least your monetary losses are capped at $50, says Ulzheimer.

“The Fair Credit Billing Act has been around since 1975, but most of us have enjoyed its protections for as long as we’ve used credit cards,” he says.

What you need to know: Report your card missing as soon as you realize it’s gone, and you’re not responsible for any charges made thereafter. Also, you’re liable only for the first $50 worth of charges made before you reported it.

And your actual losses could be less. While the federal law limits your loss to $50 if a credit card is lost or stolen, these days many card issuers set your liability at zero dollars. 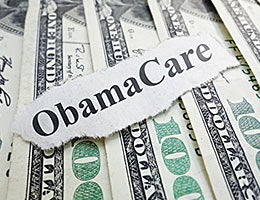 Whether you call it the ACA or Obamacare, it’s definitely a hot topic right now. And don’t even get consumers started about the website.

But even with all of the headaches, for seniors who need to retire before 65 it’s been a lifesaver — literally, Gianola says.

Here’s why: Retirees can’t buy into Medicare until age 65. And current or prior health problems make it too expensive, or downright impossible, for older workers to buy individual health coverage, Gianola says.

That leaves early retirees with two options: They can use COBRA to stay on their company plan — expensive and temporary (18 months maximum), she says. Or they can just keep working.

Now, with ACA, seniors who want or need to retire before 65, can find their own coverage — and they can’t be excluded or charged more for pre-existing conditions, Gianola says. “For this group of people, this is something we’re thankful for.” 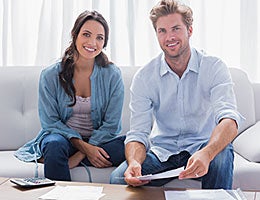 Another thing to be thankful for: Consumers are being more careful than in years past, Jones says.

“There’s been an overall change in the mood of consumers,” he says. Financially, “they’re much more conservative.”

As a result, default rates are down, he says. And his credit counseling agencies are seeing “people with a very different attitude.”

“That’s been beneficial,” Jones adds. “And it will continue to be beneficial.”