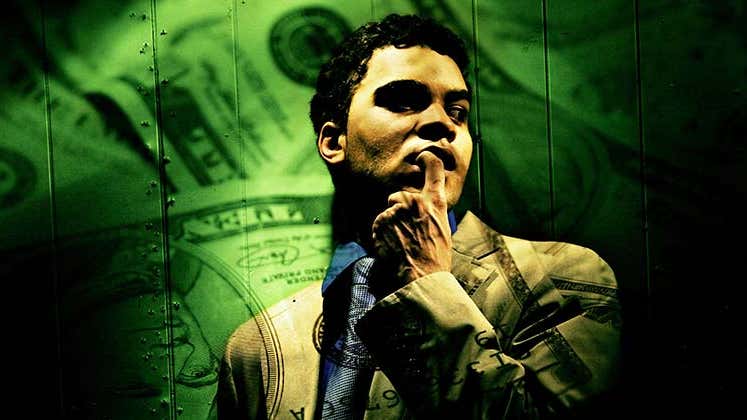 How you run your personal finances can say a lot about who you are as a person. A meticulous person might have excellent credit, while a compassionate person might take pains to make sure their retirement funds are invested with reputable companies.

Yes, even in the dog-eat-dog world of finance, where seasoned financial advisers have heard almost everything from clients, some money moves are so creepy, they stand out. Here are 3 to avoid.

Multiple high-profile murder cases have centered on life insurance taken out on children, including Justin Ross Harris of Georgia, who made headlines last year after being charged with murder in the death of his son Cooper, who was left alone in a hot car. Part of the prosecution’s case rests around the $27,000 worth of life insurance the Harrises had taken out on the boy.

While the vast majority of parents obviously buy life insurance for their kid with the best of intentions, the policies themselves are rarely useful unless the child somehow earns a substantial income, says Anthony Ogorek, a CFP professional and founder of Ogorek Wealth Management in Williamsville, New York.

In financial terms, kids mostly represent a financial obligation for parents — a liability. Life insurance, on the other hand, is designed to protect income-producing “assets,” such as the future cash flows of paycheck-earning adults, Ogorek says.

“You insure your assets, not your liabilities,” Ogorek says.

Not to mention the fact that a children’s life insurance policy is, in today’s America, blessedly unlikely to pay out. Fewer than 39 in 100,000 children die in the U.S. before age 14, according to the Centers for Disease Control and Prevention.

“Your time would be better spent sitting down with an actuary and just taking a look at the odds out of 100,000, then slice it down based on your demographic, where you live, etc., and look at the odds of that,” Ogorek says. “And then maybe you should start buying lottery tickets instead.”

2. Hiding assets or debts from a spouse

Hiding money or debt from a spouse can quickly take a turn for the macabre. Witness the case of Doretta Scheffield of Fairport Harbor, Ohio, who was convicted this year of murdering her husband Randy Scheffield. The motive? Hiding $100,000 worth of debts she had run up without his knowledge, according to a report by The News-Herald in Willoughby, Ohio.

So-called “financial infidelity” isn’t as uncommon as you might think. A full 6% of Americans have hidden bank accounts or credit cards from a spouse, according to a poll commissioned this year by CreditCards.com. That may not seem like a huge percentage, but that means millions of men and women are walking around right now with financial assets or liabilities their partner has no idea about.

While the vast majority of financial infidelity obviously doesn’t end in murder, it’s likely to end in a broken marriage, especially since piles of money (or holes in the ground where money used to be) tend to grow over time, causing the problem to escalate.

Aside from the moral issues, it’s unlikely there’s much to be gained from hiding assets, and a lot to be lost, says Bart Fox, a CFP professional and president of Fox Custom Financial Planning in Greenwood, Indiana. “Hiding assets is bad because it sets the wrong tone. Divorce is expensive,” Fox says. “You double your expenses and you cut your assets in half.”

That doesn’t mean, however, that spouses can’t have separate accounts, especially if their spending habits are irreconcilably different, Fox says. It’s just probably better if both spouses know about them and agree.

You’ve probably never had a friend or romantic interest sign a contract in order to be allowed to spend time with you. But we know it does happen, especially with the very rich and famous.

Justin Bieber, for example, reportedly once required guests to sign a nondisclosure agreement, or NDA, and liability waiver before attending a party at his house, according to a report by the Los Angeles Times. Bieber’s guests apparently had to agree to pay a penalty of $3 million if they violated the agreement.

But protecting yourself with a contract in social situations comes with a cost, says Christopher Van Slyke, a CFP professional and partner at Worthpointe Wealth Management in Austin, Texas.

“If you told people they had to sign an NDA to hang out with you, you’d be surrounded by some weird people,” says Van Slyke. And that’s probably not a cost you need to pay, he says.

Van Slyke knows from personal experience that trying to get people to sign contracts for social interactions doesn’t always get a good reaction. As a teenager, he had a motorcycle, and his father, who was a lawyer, wanted his friends to sign a waiver before they rode with him.

“I can tell you, it kind of creeped people out,” he says. “Carrying insurance and conducting yourself in a way that wouldn’t put you at risk is a better way to handle those risks.”