Money can buy academic advantages for your kids. Americans don’t spend billions each year on private school tuition, private tutoring and other services for nothing.

But you don’t have to spend thousands of dollars a year to help your kids succeed in school, says Pam Allyn, executive director of LitWorld, a New York nonprofit that promotes children’s literacy.

“The family doesn’t have to have advanced education of their own, nor do they have to have a lot of financial resources to actually make some dynamic things happen with the child right there in the home,” Allyn says.

“The best things kids can do (are) make really good grades and have really good test scores,” Dickenson says. “The majority of money is given out now on a merit basis.”

With annual college costs for the 2010-11 academic year estimated at $13,600 at public institutions and $36,300 at private, not-for-profit institutions, according to the National Center for Education Statistics, families need all the help they can get.

Here are some free ways to give your child an academic edge in getting financial aid. 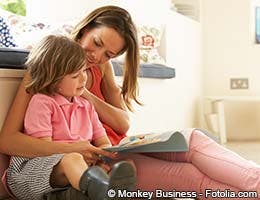 When both parents work, it can be hard to set aside time to make conversation with and read to children, says Kyle Snow, director of the Center for Applied Research at the Washington, D.C.-based National Association for the Education of Young Children.

“The easiest thing to do is sit them down at the TV, slip in a movie for a child or give your child your iPhone to play with,” he says.

But face-to-face interaction and reading together can help in giving your child an academic advantage, he says.

“One real basic thing is to surround children from birth … with rich, varied language,” Snow says. “When an adult sits down with an infant and picture book, there are so many benefits that stem from that.”

“When I walk into a kindergarten class, within the first 10 minutes I can tell which children have books in the home and who has been read to before they came to school,” Allyn says. “Their engagement with literature in the classroom, their capacity to listen deeply, to remain engaged, their stamina for early reading — all of those factors are potentially built right from birth.”

While spending time on reading every day can seem like a tall order, having children fall behind academically can be expensive. Hiring a tutor to help them catch up will typically cost you $9 to $40 per hour, according to data from Payscale.com.

Make sure they get enough sleep and eat healthy 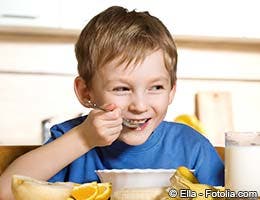 It may seem obvious, but making sure your child gets enough sleep and a healthy breakfast can make a big difference in their academic performance, Dickenson says.

Dickenson says one of the first things she asks about is students’ sleep routine and their diet.

“I do not care who you are. If you are brain-dead and hungry, you cannot remember anything,” Dickenson says.

For younger students, the responsibility for making sure those things happen falls to parents, but parents should gradually push older kids to do more for themselves, she says. That way, they will be more likely to take good habits with them to college.

That children need good nutrition and sleep to meet their academic potential is supported by scientific research, Snow says.

“I think the data point to the importance of nutrition generally as well as at breakfast specifically to support children’s academic and nonacademic development,” he says. “Generally, more sleep is better than less.” 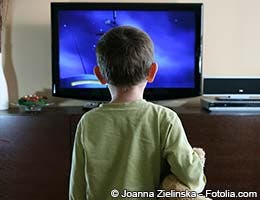 Every parent has a different idea of how much time kids should spend fiddling with their electronics or watching TV, depending on the child’s age. But for young children in particular, limiting screen time can have learning benefits down the road, says Snow of the National Association for the Education of Young Children.

“The Academy of Pediatrics is really strongly advocating against any screen time for children under the age of 2,” he says. “Many parents do find some kind of middle ground by using media and technology, and limiting when it is used and how it is used.”

To find that middle ground, Allyn suggests building a certain amount of screen time into your child’s schedule and being firm about turning everything off after it’s over. “Try setting an egg timer or the timer on your phone,” Allyn says.

But Snow says time isn’t the only consideration. Kids can get a cognitive boost from watching educational content that won’t be found in trashier fare. 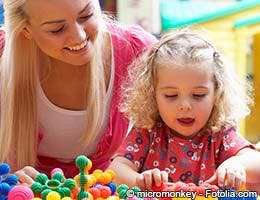 Whether or not to “redshirt” students has become a hot debate among parents, educators and researchers. If you’re not familiar with “academic redshirting,” it’s the practice of putting kids into kindergarten a year after they’re technically eligible to go.

Proponents will tell you it gives kids an academic advantage that persists for years into the future. Older kids will be prepared to meet academic challenges, score well on standardized tests and interact with fellow students and teachers better than their younger peers, the reasoning goes.

But the research on redshirting is decidedly mixed, Snow says. Not all kids who are redshirted derive measurable benefit from it, and for those who do, positive effects tend to fade over time.

When deciding whether or not to redshirt, parents should talk to a local principal or kindergarten teacher to learn what’s expected of students coming in, Snow says. If your child can meet those conditions, redshirting may not be necessary.

If you do decide to redshirt, whether it benefits your child academically depends partly on what you do during that extra year, Snow says.

“In the absence of doing things to prepare the child for school, really all you are doing is delaying school entry for a year,” he says. 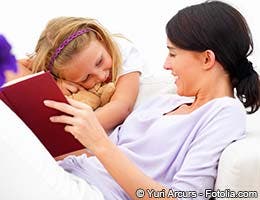 Reading is one of the most important factors in a child’s academic performance. But if you’re having trouble persuading kids to read, it might be time to try leading by example.

After all, it’s one thing to ask your kid about his homework and tell him to put down the smartphone and pick up a book, but it’s another altogether to model that by doing it yourself, says Allyn.

“You hear parents talking about this all the time, and in the meantime, as they’re asking you the question, they’re like click, click, clicking on their iPhone,” LitWorld’s Allyn says.

You don’t have to pretend to be an accomplished reader, Allyn says. Sometimes, all it takes is highlighting the reading you do and what you get out of it.

“It doesn’t have to be that you’ve read ‘Anna Karenina.’ It can really be, ‘Before I go to sleep, I always read something light and fun about celebrities.’ But even that’s a nice way to model for your child — no matter what you read — that you are an authentic, lifelong reader,” she says.

Also, instead of sending kids to their bedroom to read, Allyn suggests parents set a timer and grab their own book or magazine for a few minutes of independent reading, side by side on the couch.