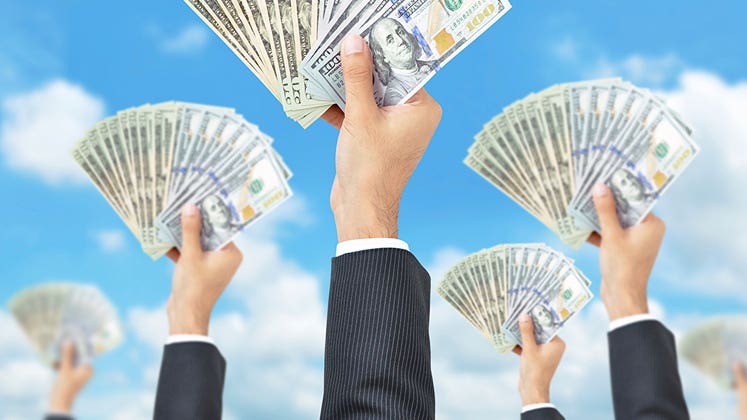 If you are thinking about contributing money to a creative project, there are a few thousand entrepreneurs who would like to meet you.

These enterprising hopefuls list their projects on various crowdfunding websites that serve as matchmakers between those with money to spend and those with creative ideas who need financing.

Crowdfunding sites have increased in popularity over the past few years, with the larger ones, including Kickstarter and IndieGogo, boasting thousands of successfully completed projects.

These projects are dreamed up and advertised by campaigners who list the amount of money they hope to raise before a given deadline. The campaigns run the gamut, from software startups to filmmaking. Many contributors seem happy to help. According to Kickstarter, there are more than 2.5 million repeat funders on its site.

When choosing to join the ranks of people who have pledged money to a crowdfunded project, it’s important to try to figure out what you’ll be getting in return. In some cases, you could be disappointed. Here’s a look at what to consider before contributing to a crowdfunding campaign.

From a financial backer’s perspective, the best crowdfunding campaigns are those that address concerns that the contributor feels strongly about, says David Salinas, CEO and co-founder of Digital Surgeons, a New Haven, Connecticut-based creative agency that advises companies considering raising funds through crowdfunding.

“These campaigns are for when you need something in your day-to-day life or business and you’re not seeing it in the marketplace,” Salinas says.

Financial backers are generally promised some type of reward in exchange for their monetary contribution, such as an author-signed copy of the resulting book or their name listed in a film’s closing credits, he says.

With most large crowdfunding sites, people who pledge money won’t receive a financial windfall if the project goes on to commercial success, because they won’t have ownership in the project, Kazmark says.

For example, Kickstarter is a funding platform, not a site to sell shares, he says. “You can’t invest in these projects. You do not give money in exchange for equity,” Kazmark says.

Traditionally, only well-heeled, accredited investors — those with a net worth of more than $1 million (excluding primary residence) or income of more than $200,000 per year — have had the ability to use similar platforms to help fund startup ventures. Legislation from the 2012 Jobs Act could provide a way for the average Joe to participate in crowdsourced investments. However, the rules have not been solidified.

In the meantime, contributors shouldn’t let funding campaigns replace their traditional investment strategy, says Tim Shanahan, president of Compass Capital Corp. in Braintree, Massachusetts. “You have to look at your contribution as a cross between a donation and an advanced purchase instead of an investment,” he says.

According to the Kickstarter website, only about 39 percent of Kickstarter campaigns are successful. “Some projects will go wonderfully, and others will run into obstacles along the way. People should be prepared for a little bit of each,” Kazmark says.

“Spend some time researching to help reduce the odds that you end up pledging money on an unsuccessful product,” Shanahan says.

Check creators’ biographies to see if they have previously had projects that were successfully funded, he says. Also, determine if they have an online and social media presence.

“If they are not actively marketing their product, your backing may be better used elsewhere,” Shanahan says.

In addition to researching the creators, Salinas suggests knowing the crowdfunding site’s policies before making a pledge, including what will happen if a product is not delivered.

With some sites, projects that aren’t fully funded by the deadline aren’t charged to the financial backer. Other platforms have options that require backers to pay their contributions even if the campaign does not reach 100 percent of its funding goal.

If a project does reach its funding goals, the contributor could still be let down. “There is very little policing in this space,” Salinas says. “As a result, many projects are not delivering on their perks or feature sets, or meeting deadlines for delivery and shipping.”

Since crowdfunding sites generally serve as matchmakers between campaign creators and potential backers, the site may leave it up to the creator to decide when to offer refunds. For the best chance at a positive experience, only pledge money that you’re willing to part with, even if you don’t receive anything in return, Salinas says.

Contributing to a crowdfunded project can be a great way to support a worthy endeavor, but you have to do your homework to avoid pitfalls. If you do your research and choose wisely, you could be rewarded with knowing that you helped bring a wonderful, creative project to life.