Home renovations can be expensive and stressful. But when you hire a contractor, should you really have to worry whether the new refrigerator will fit? Whether the outlets are wired to current standards? Is it your responsibility to pay the plumber? Choosing the right contractor and knowing how best to work with him or her can make the project run better.

The first question to ask, says Ryan Teicher, president of HIT Construction Group in Scotch Plains, N.J., is whether the contractor is licensed and insured. And he or she should be someone you trust, says Kim Moldofsky, a Chicago-area homeowner who extensively renovated her fixer-upper.

“The contractor we chose came with strong word-of-mouth recommendations,” says Moldofsky, who documented her home’s overhaul at ReluctantRenovator.com. “No major renovations go off without some problems, so having someone you can trust, who is keeping your best interests at heart, goes a long way toward making the process easier.”

Here are six ways to ensure you have the best relationship with your contractor.

Know what you want — including details

Before you meet with a contractor, understand your style and budget, so the contractor can properly price the project. “I need to know if they want a Cadillac, a Yugo or a Mercedes,” says Teicher.

While you don’t need everything picked out, it helps to know the type of flooring, interior finish and even plumbing fixtures you want early on. “Pricing and installation vary for a standard kitchen faucet versus a fancy gooseneck faucet with a farm-style kitchen sink,” he says.

Details such as measurements matter when it comes to appliances. Teicher doesn’t need an appliance’s model number, but contractors need to account for space, especially if it’s a built-in appliance. “If we’re doing a standard kitchen, then I know I have 36 inches for a fridge — it may end up being 32 or 34 inches, but that’s the space it fits in,” says Teicher.

Once the process starts, it’s easy to ask for additional upgrades or improvements that will cost more, says Moldofsky. “It was rare that a contractor presented us with an idea that raised our price — it was usually us. We were the ones who drove up the cost, not our contractor.”

That said, not everyone pulls permits. “There are contractors who will say they don’t need permits, and they’ll offer a better price,” says Moldofsky.

But the reason there are permits and inspections is to protect the homeowner. Showing that the upgrades were permitted can help when you refinance or sell a home. “You can show the work was done to code,” says Goldstein.

You’ll also need to plan extra time for the permit approval. “If they give you a two- to eight-week window, you want to think it will take three weeks, but it will probably take seven,” says Moldofsky.

And the larger the job, the longer the window — especially if it requires a zoning variance. Know that once the permitted work has been completed, an inspector will need to approve the work done. While each town is different, Moldofsky and Goldstein agree it’s common for inspections to be scheduled with a day’s notice. Keep in mind that your electrician or plumber must be on hand for the inspection, which can drive up costs.

“We’re not paying him directly for those hours, but ultimately it has to be worked into his pricing,” Moldofsky says.

Your contractor should know this, but Goldstein warns that the area under inspection must be visible, with no drywall covering the work, or it can cause delays and extra expenses for the owner.

It may be cheaper to hire an unlicensed or uninsured electrician or plumber, but “it’s against the law,” Teicher says. “If the guy gets hurt or does something wrong, he doesn’t have insurance to back it up. It’s a state requirement to be licensed.”

In addition, improper plumbing is a health hazard. “It can result in the introduction of pathogenic organisms into drinking water and the escape of toxic gases into the environment,” says Melaney Arnold, a manager at the Illinois Department of Public Health, which regulates and licenses the state’s plumbers. Arnold adds that homeowners and contractors can be fined for using an unlicensed person.

In order for a plumber to become licensed in Illinois, he or she must complete a course of study, apprentice for four years and pass a state examination. Then there are continuing education requirements.

It’s not your job, though, to find a licensed professional — it’s your contractor’s. “It’s easier when one person coordinates all aspects of the job,” says Moldofsky. “It’s worth paying a fee for that.” 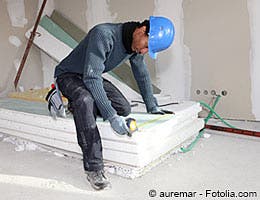 One thing to hammer out is who buys and pays for supplies, whether it’s paint and drywall or tile and countertops. “On bigger jobs I try to supply everything,” says Teicher. “My philosophy is that this work should be relatively stress-free for the customer. If they’re paying me to build something, they shouldn’t have to worry about anything. I also don’t want to have to run out to the hardware store during the day. I will have all the necessary parts on hand. That makes the job move smoother and quicker.”

Teicher says that with online shopping, clients sometimes want to buy materials, though it’s more challenging for him. One of his clients saw a $300 farm sink on eBay that typically sells for $1,500. “I refused to install it because I don’t know its quality. I don’t know what I’m in for when it arrives. Will it be the right size? The right product? Will I need extra parts?”

Another client bought his own materials, but they weren’t available when Teicher needed them. “It took longer because the products weren’t there on time,” he says. The subcontractors also had to spend extra time to make sure they had everything they needed.

There may be a cost savings when shopping on your own, but Teicher prefers to use a trusted plumbing supply house. “I shop around for pricing, but if I’m buying everything from one place, it might be a little more expensive.”

Contractors often get a discount from vendors, and it doesn’t hurt to ask whether they’ll pass those savings to you, says Moldofsky. “Some contractors see that as a place where they’ll make money, and some just charge that discounted price, or add a delivery or pick-up charge.”

Talk to your contractor about lighting

To a homeowner, it may not seem like changing your mind on a lighting fixture is a problem. But it can be, and it may cost you extra. “If someone wants recessed lights, we have to know that in advance,” Teicher says. For bathrooms, a large vanity might have one long fixture with eight bulbs, or two smaller fixtures instead. That means placing different electrical boxes in different places.

Teicher prefers that the plumbing, lighting fixtures and appliances are picked out toward the beginning of the job. “I don’t like doing things on the fly,” he says. “There are too many moving parts. The wiring and plumbing roughs have to be in the right place.”

If you’re buying things on your own, run them by your contractor early on. Moldofsky says that for her bathroom renovations, she bought the same type of toilet she has in a different bathroom. Though the toilets arrived early, the plumber never looked at them until installation. “The day he went to install them, he said they wouldn’t work for the way the water lines run. We were annoyed that the plumber, who does this for a living, didn’t think to ask about it.”

Get it in writing 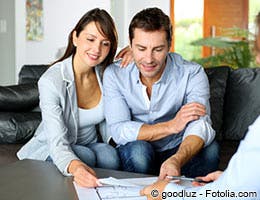 Get a contract and make sure you agree with everything in it. Teicher provides his clients with a detailed estimate, including a scope of work, payment schedule and list of who supplies which materials. Permitting fees are excluded.

Moldofsky’s contractor included allowances for bathroom fixtures. “That confused us,” she says. “He assumed we’d pay certain amounts for things. We took that out of the contract and bought everything ourselves.”

If there’s a change in project scope, expect a change order. For Teicher, work stops and his team reprices the project. Once the buyer signs the new order, work starts again. Teicher won’t charge the client if it’s something he should have known ahead of time, but “if the homeowner changes (his or) her mind, depending on the stage of construction, I may charge.”

Along with a change order, Moldofsky recommends tracking expenses on a spreadsheet, making sure there are no accounting errors on either side.

Setting up clear expectations at the start will help your project move forward with ease, as will choosing a contractor with personal and technical skills. Keeping your initial vision and budget in mind keeps things streamlined, making a smooth project for your contractor and, ultimately, you.