Anti-aging scams and how to avoid them 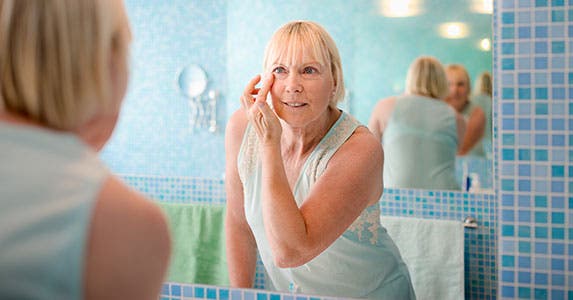 How to avoid anti-aging scams

Coloring your hair, using sunscreen and engaging in regular exercise are some of the least expensive ways to stay youthful. But there are some who take it a bit further, opting for riskier and more expensive routes that involve everything from going under the knife to hair restoration treatments to plunking down big bucks for luxurious skin creams.

But are those pricey alternatives really worth such huge investments? Our experts say savvy consumers need to separate safe, sound science from schemes that not only waste money, but can also prove dangerous. Find out the lowdown on anti-aging scams before you open your wallet. 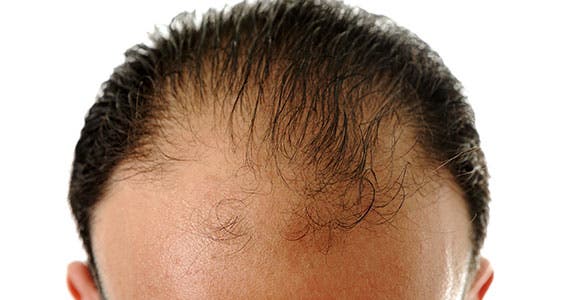 While baldness is more commonly associated with men, both sexes fall victim to hair loss. As we age, our once-glossy tresses lighten and change in color and texture. They also thin out and growth rates slow down. Color can be restored with a visit to the hairdresser or a do-it-yourself box from the drugstore, but restoring fullness or replacing hair that has disappeared presents more of a challenge.

Not all hair restoration techniques are created equal, says Dallas-based physician Dr. Abraham Armani. He says desperation can drive those losing their hair to consider some pretty sketchy plans to reinvigorate growth, including excessive hair grafts. How can you separate scams from legitimate treatments and avoid unqualified physicians performing hair transplants? “Patients need to do their own due diligence, and that often means seeking second opinions, just like you would for any medical procedure,” says Armani, adding that older individuals may not be good candidates for transplants.

Armani says hair loss restoration, which works best on younger men and women, can run between $5,000 and $10,000, depending on the extent of hair loss. In the meantime, says Armani, there are a few medications that may help men suffering from male pattern baldness. He advises potential patients to see a qualified medical practitioner. It’s also a good idea to research potential side effects before beginning a new medication. 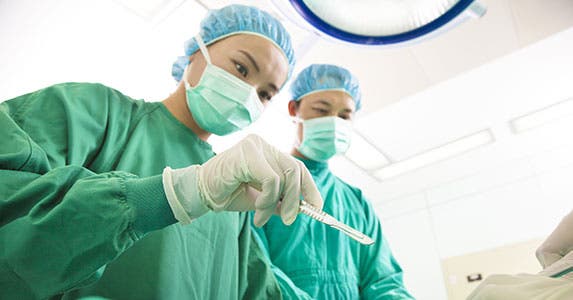 Dr. Michael Edwards, president of the American Society for Aesthetic Plastic Surgery, says that recent health care reimbursement rates have led many physicians in other specialties to turn to performing cosmetic procedures for which they might not be properly trained. Edwards says an obstetrician probably isn’t the best choice for a tummy tuck. He advises patients to look for quality and experience when considering a physician and facility.

“When choosing a surgeon, go in with questions. Ask the surgeon what accredited surgical facility is being used. Ask about post-operative care,” Edwards says.

And that’s not all. Edwards says smart consumers will avoid what many consider “surgery mills” or clinics set up to rush patients through procedure after procedure. “And many of these patients never see a medical doctor during the preoperative stage,” he says.

How can you avoid making a potentially deadly mistake? In addition to the above, Edwards says to steer clear if the quality of work exhibited by past patients looks off in any way. A good face-lift, for instance, should make the patient appear rested, not tight as a drum. Other red flags: The price seems too good to be true, you don’t feel 100 percent comfortable with the physician, or his or her team or the facility isn’t accredited. 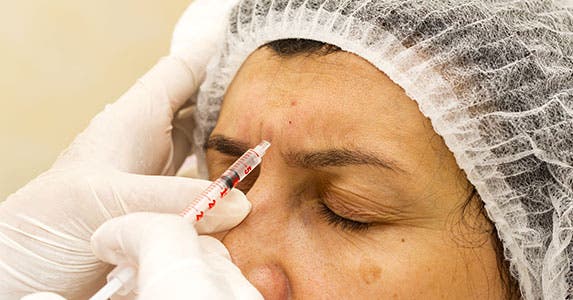 Botox party invitation? Toss that invite. Although substances like Botox and Juvederm, used to plump up wrinkles and fill out lips, have been approved for use by the Food and Drug Administration, they’re for use in medical procedures, not party themes. Dr. John Martin, a board-certified facial and plastic surgeon practicing in Miami, says having a foreign substance placed under your skin without the proper safeguards could translate into life-altering consequences.

He points to the 2013 death of a popular 65-year-old Miami radio show host, Betty Pino, who had silicone injected into her buttocks to replace saline implants she had removed. (Note: Using silicone as a filler is not legal in the U.S.) Over time, the silicone had hardened, leaving Pino in great pain. Upon removal of the silicone, her wounds became infected, she developed sepsis and lapsed into a coma. Doctors amputated both her hands and feet in an attempt to save her life, but she later died.

Martin says only those properly trained to inject FDA-approved substances should perform this type of surgical procedure. “You don’t do this in a hotel room or someone’s apartment. And you don’t allow just anyone to administer it. There’s an art to doing this right.” 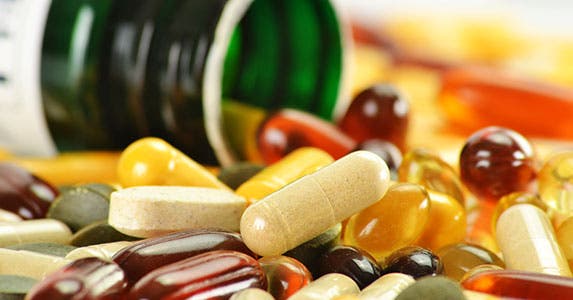 You’ve seen that term on everything from soup to nuts, but did you know that not every supplement that bills itself as “heart healthy” really is? New York City-based cardiologist Dr. Daniel Yadegar says the best supplements for keeping your heart youthful are the old faithfuls — the ones that have been around for years. And, Yadegar says, like anything else, moderation is the key.

The guy that downs massive amounts of vitamins may be harming his health instead of bolstering it. Rather than pushing supplements as panaceas for certain diseases, Yadegar recommends discussing the subject — and your diet — with your doctor. And, says Yadegar, you’re wise to stay away from overseas products that may not be approved by the FDA.

“Different supplements have different side effects,” says Yadegar. Not every capsule, tablet or liquid will affect every person the same way. The safest supplements are also the most frequently used and among the least expensive: vitamin D and fish oil. But in excess quantities, even they can prove unhealthy. The best medicine for your heart: Eat a healthy diet, know the signs of heart attacks and strokes and see your doctor or nutritionist before adding supplements to your diet. 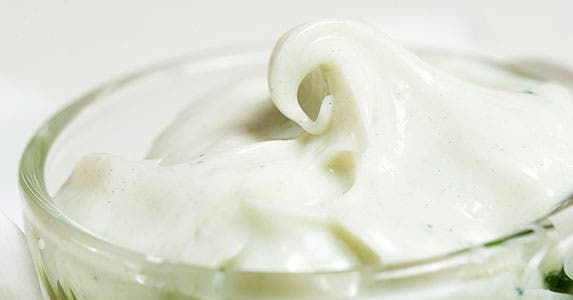 The beautiful supermodel smiles her flawless smile with not so much as a wrinkle in evidence. She’s in her 40s or even her 50s — how does she do it? She holds out a container of expensive cream and claims that it’s the Fountain of Youth in a jar. Buy it and you, too, can reclaim your youth.

But when you plunk down your money and use that miracle cream for a couple of months, you don’t see any appreciable difference in your looks. Were your expectations too high?

Dr. Dendy Engelman, a board-certified dermatologic surgeon who practices in New York City, says cost doesn’t necessarily equal quality when it comes to skin care. How to tell whether a product really does the job? Engelman says to watch out for “products with gimmicky sales pitches, companies that keep sending you (unsolicited) refills and products where there are no real studies” to back their claims.

“I always tell patients on a budget that there are plenty of ways to save money. No one needs a $200 cleanser; that’s an easy corner to cut,” Engelman says.

Among the products she does recommend are over-the-counter creams containing retinol. “It doesn’t have to be expensive to be helpful,” she says. 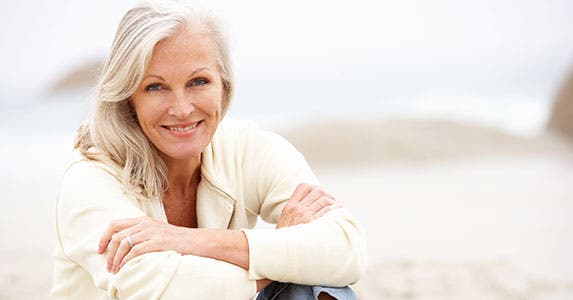 As we age, our memories grow fuzzy. We can’t recall the time of our doctor’s appointment or how to spell common words. To make things even worse, society seems to trivialize older people with plenty of jokes about “old people smells” and “blue hairs.” According to Dr. Vivian Diller, author of “Face It: What Women Really Feel As Their Looks Change,” the good news is that attitudes about aging are changing, and it really doesn’t cost a bundle to keep yourself healthy and happy well into your later years.

“Women can be beautiful for their age and don’t have to resort to being people with plastic faces,” Diller says.

Rather than spend a fortune on cosmetic surgery — the effects of which have an expiration date — or expensive creams and supplements, invest in yourself as early as possible by preventing damage before it takes place, she says. “Avoid premature aging by moisturizing and taking good care of your body.”

And if you’re already in your golden years, continue to treat yourself right with regular doctor visits, age-appropriate exercise and keeping yourself well-groomed, none of which will break the bank. It’s not expensive to embrace your maturity. And, says Diller, by doing so, you can prolong your youthfulness by having a good attitude about it.