The 10 worst U.S. cities for homeowners 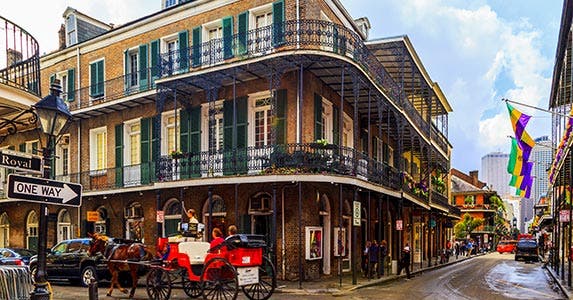 Hard places to own a home

Does your city feel like an ally or an adversary when it comes to owning a home?

To help prospective homeowners tell one from the other, Bankrate used data from a variety of sources link to the methodology to find major metro areas in the U.S. that put significant financial burdens on homeowners, oftentimes without providing a corresponding payoff when it’s time to sell.

“When households look to purchase a home, they’re going to look at many different factors that relate to the quality of the neighborhood, the amenities associated with the living environment, the expected appreciation of the home or lack thereof over the period of ownership, and many other factors,” says Stuart A. Gabriel, director of UCLA’s Ziman Center for Real Estate. “But, really, even before they can get to the consideration of any of those factors, the issue of affordability arises.”

Ten years after the beginning of a housing crisis that would ruin the financial lives of millions of Americans, one thing is still clear: “Homeownership today has to be undertaken with a lot of caution on the part of households,” Gabriel says. “The whole intention of homeownership is that it’s sustainable, and if it isn’t, it’s not a good idea.”

Here are Bankrate’s rankings of the 10 major cities, based on metro areas as they’re defined by the U.S. Census Bureau, where finding that financially sustainable — and ultimately, beneficial — relationship with a new home can be the biggest challenge. 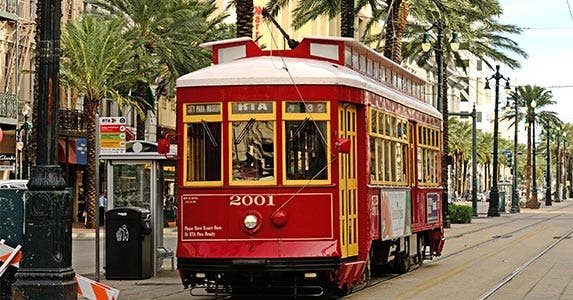 Where New Orleans ranks lower: Due in part to its history of devastating storms, Louisiana has among the highest homeowners insurance rates in the country, topping $1,800 a year on average in the state, according to data from the National Association of Insurance Commissioners. New Orleans homeowners may also find that conducting needed repairs is more expensive in their area — the cost of typical home repairs in the city was the 7th most expensive, according to data from HomeAdvisor.

Where New Orleans ranks higher: All this doesn’t mean The Big Easy did badly across the board. Monthly energy costs in New Orleans were the lowest of any major city in the ranking. And it ranks high on affordability, meaning homeownership is in reach for people making an average income. 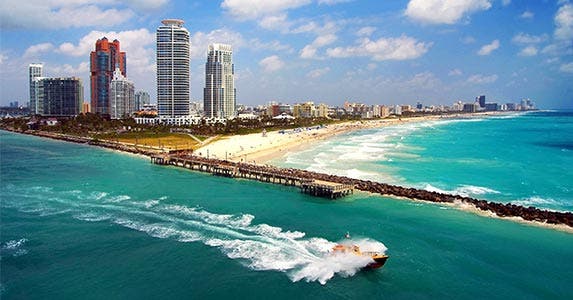 Gorgeous beaches and a lively nightlife may not be enough to distract homeowners from some outsized costs.

Where Miami ranks lower: Located in a state with the highest property insurance rates in the country, Miami homeowners likely are to be saddled with high premiums (not exactly surprising in a city where most locals can tell you the exact date hurricane season begins). Also, even years after the housing crisis, Miami homeowners still have to deal with a rate of foreclosure actions over the past 3 years that’s the 2nd highest of the cities we surveyed at 1.92%, according to data from Attom Data Solutions. Add to that property taxes that were among the highest in our ranking, according to Attom’s data, and Miami homeowners can expect lots of additional costs to take an alligator-like bite out of their wallets.

Where Miami ranks higher: The news wasn’t all bad for Miami. The area has seen home values rise consistently since bottoming out during the housing crisis. Houses have increased at a rate of 11.55% over the past 5 years, according to data from the National Association of Realtors, giving it the 6th highest price appreciation rate of any city we considered. 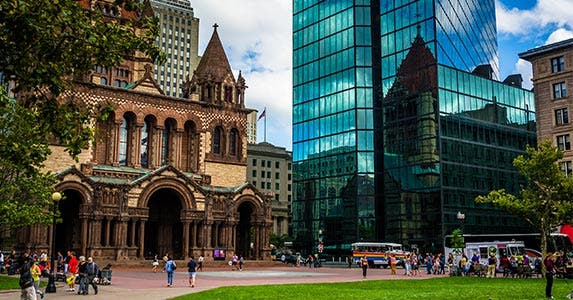 Feel free to park your car on Harvard Yard if you want, but buying a home near there might not end well, according to our data.

Where Boston ranks lower: Boston scored in the bottom half of cities we surveyed in 6 of 8 categories, with particularly bad scores for its high average property taxes ($6,012 a year) and energy costs ($228 a month). Bostonians may also not get much in the way of a return on their homebuying investment. The metro area ranked 39th out of 50 in home price appreciation over the past 5 years.

Where Boston ranks higher: On the bright side, Beantown had one of the lowest rates of foreclosure actions of any city in the survey, at just 0.45% of area homes over a 3-year period. And buying a home does provide valuable protection against the area’s rapidly rising rents, according to data from a National Association of Realtors study. 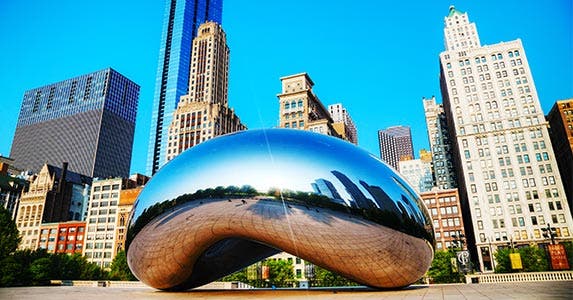 Chicagoans may find that owning a home isn’t as “sweet” as the famous song suggests. While home prices are affordable, other ancillary costs may end up being a bigger drag on homeowners’ budgets than they would in other cities.

Where Chicago ranks lower: The 2 biggest factors dragging Chicago down in our ranking were its high property taxes — 44th highest out of 50 — and its rate of foreclosure actions, which was the highest of the group at 2.18% over a 3-year period.

Where Chicago ranks higher: Chicago was middle of the road on housing appreciation, and scored in the upper half of cities on affordability, meaning the barriers to homeownership are not as high in Chicago as in other large cities. 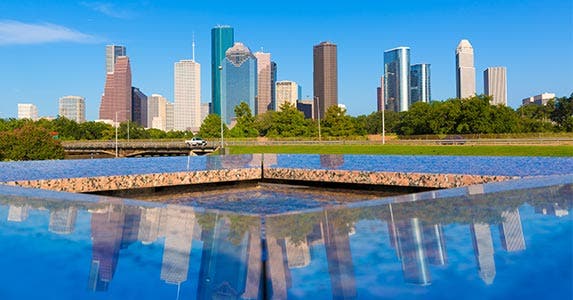 Despite its famously accommodative zoning policies, which have tended to push down the cost of housing, homeowners in the Houston area will still face some outsized costs of ownership.

Where Houston ranks lower: Houston has the highest costs for common home repairs in the country, according to data from HomeAdvisor. That means people looking to renovate or perform routine maintenance may find themselves experiencing sticker shock down the line. Texas also has high property insurance costs relative to other states, at $1,837 a year.

Where Houston ranks higher: Houston scored in the upper half of cities for affordability and low energy costs. Buying a home in Houston in recent years has also proven to be a fairly good investment, with home prices increasing at an annual growth rate of 6.97% a year over the past 5 years. 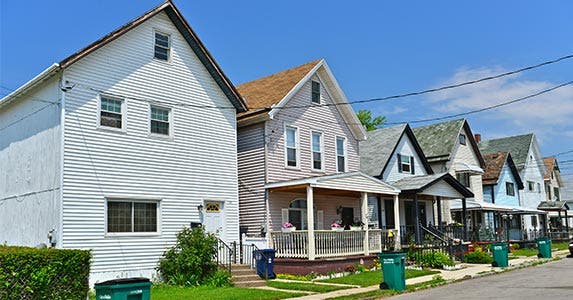 The best thing about the housing market in this upstate New York metro area is that it’s very accessible for those making a moderate income. The downside? Pretty much everything else.

Where Buffalo ranks lower: The Buffalo area ranked among the highest for energy costs, with monthly costs averaging $252.73. It also had among the lowest annual growth rates for home prices, with the median price growing just 1.06% a year, according to National Association of Realtors data. That means buyers may not reap much of a return when it’s time to sell. And speaking of Buffalo Bills, the cost to make repairs were also relatively high, and the state it’s in — New York — was on the high side for property insurance premiums.

Where Buffalo ranks higher: Buffalo’s affordability was 2nd overall out of the 50 cities we considered. Buyers will need just 20.3% of the average annual income there to afford a home. Buffalo also squeaked into the top half of cities when it came to the rate of foreclosure actions there. 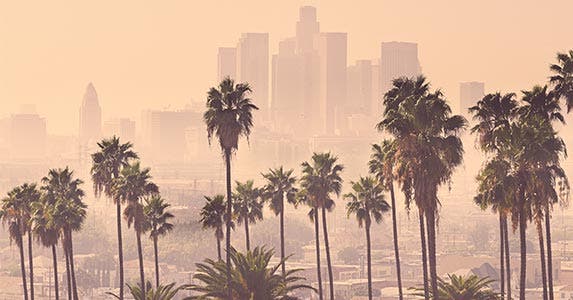 Los Angeles’ housing market is out of reach for many residents, who likely won’t be able to cover a typical mortgage and still meet their other household costs.

Where Los Angeles ranks lower: With 74% of the average income in Los Angeles needed to buy the median home, the L.A. metro area ranked 49th out of 50 cities in affordability, edged out only by the even more overheated housing market of San Francisco. Those who can afford the cost of entry will also have to find a way to cover the high property taxes, which average more than $6,000 a year. No wonder the area also sports one of the highest foreclosure action rates of any city we considered, at 1.23% of homes over the past 3 years.

Where Los Angeles ranks higher: On the plus side, those who do manage to buy a home in the Los Angeles area stand a good chance of turning a profit. The city has among the highest property appreciation rates of the cities we considered — the median sale price of a home has grown at an annual rate of 9.37% over the past 5 years. Property insurance costs in California are also relatively low, meaning Los Angeles residents may get a break there as well. 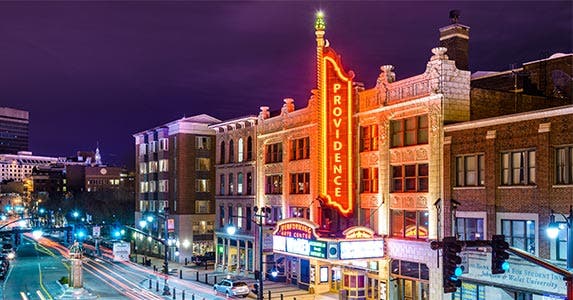 One of the oldest cities in America, the erstwhile “Beehive of Industry” is also one of the toughest on homeowners’ wallets.

Where Providence ranks lower: Providence has among the highest prices for typical home repairs and energy costs. Rhode Island also has one of the highest average property insurance costs, at $4,921 a year. Also, since home affordability there is a problem and rents there are rising slowly compared with other cities, prospective homebuyers may be better off just renting instead. 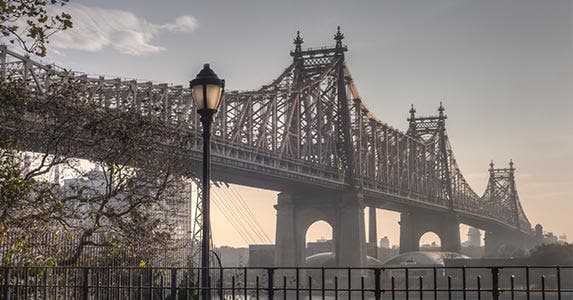 New York City has a well-earned reputation for rents as high as its skyscrapers, but it’s also a tough place for homeowners to meet their expenses comfortably.

Where New York ranks lower: The New York metro area scored near the bottom of the field in almost every measure we used to assess conditions for homeowners. Homeowners there paid the most in property taxes of any city we considered, as well as some of the highest costs for home repairs. Its lack of affordable housing means those earning an average income will have to devote around 50% of it to buy a median-priced home.

Where New York ranks higher: There is one big incentive to own a home in New York — protection from the area’s constantly rising rents. Among all the cities we considered, New York homeowners reaped the biggest benefit from locking in their housing costs. 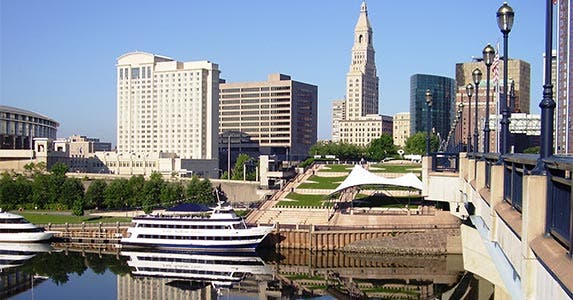 Here’s hoping Hartford’s picturesque views of the Connecticut River and rich history may provide some solace to homeowners paying some of the highest costs of ownership we found.

Where Hartford ranks lower: Hartford scored dead last in both energy costs and home price appreciation over the past 5 years, the main issues that pushed it down to the bottom of our rankings. However, high property taxes, above-average foreclosure actions and high insurance costs in the state of Connecticut didn’t help matters. And because rents aren’t rising particularly fast compared with the other cities we looked at, the value of having fixed housing costs there may not be enough to justify the costs.

RATE SEARCH: Have you found your dream area to live in? Shop Bankrate.com for the best mortgage deal.