Selling your own home

If you want to sell your own home without parting with thousands of dollars in commissions to real estate agents, consider the for-sale-by-owner, or FSBO, process as a way to save money.

Doug Perlson, founder of RealDirect, a New York City company that helps FSBO sellers market their homes, says many owners who paid top dollar for their properties a few years ago are finding that the drop in real estate prices in the wake of the housing bubble makes it harder for them to come up with the funds for closing.

“A for-sale-by-owner approach is appealing because every dollar saved is that much more important when you’re selling for less than you ultimately paid,” he says.

In 2011, 10 percent of home sales were FSBO sales, according to the National Association of Realtors. Selling your own home requires more time and effort than working with a traditional agent, says Perlson. But it’s worth researching the pros and cons if you seriously want to sell your own home.

Here’s a look at factors to consider if you’re thinking about selling your own home FSBO.

The biggest reason people sell FSBO is the potential to save money, Perlson says. Sales commission paid to a real estate agent is often as high as 6 percent. Avoiding this fee is the only way many owners can afford to sell, he adds.

Saving money is a huge plus, but there are also some drawbacks to FSBO home sales, says Katie Wethman, a real estate agent in McLean, Va. Owners still have to spend some money upfront, and they also have to spend time and effort marketing their property without a guarantee they will find a qualified buyer.

It’s a given that sellers will have to design and print fliers, yard signs and other marketing material on their own. But according to Perlson, it can also cost sellers up to $400 a month to get their home listed in various Internet home sales sites and a local multiple listing service, or MLS.

A commitment of time

Homeowners also have to take time to stage their property, take photos and write descriptions for their listing, Perlson says. Instead of handing the keys to a real estate agent to handle showings and open houses, FSBO sellers are responsible for being available to potential buyers. This can mean staying home on nights and weekends so potential buyers can visit.

“The work and time commitment really comes around showings,” Perlson says. Sellers can set their own schedules, so they don’t necessarily have to be available every evening. But it is important to be as accommodating to potential buyers as possible, he adds.

The seller hopes to save money, but if a buyer makes an offer on an FSBO, it could be lower than what the owner hopes for. “The buyer may want to participate in the savings,” Wethman says.

If a potential buyer has his own agent, he may not even consider an FSBO home unless the owner is willing to pay the agent’s commission, according to Perlson. That’s because the seller’s agent would normally split his fee with the buyer’s agent, so with a FSBO, the owner takes the place of the seller’s agent, he explains. If you agree to the sale, expect to pay around 3 percent of the purchase price to the buyer’s agent.

Your net proceeds would lower, but there is a benefit of working with buyers’ agents because it can expand your pool of prospects, Perlson says. “If you’re going to get the highest possible price, you need to have the most potential buyers.” 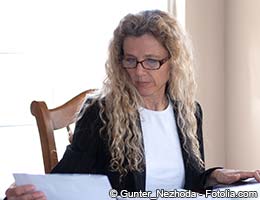 Even after you agree on a price, you still need to prepare the sales contract, says Shawn Christopher, a real estate attorney in Henderson, Nev. The contract should list the responsibilities of both the buyer and seller, terms of the sale, and how the transfer will take place.

He adds that if you don’t disclose problems before the sale, such as a foundation crack, roof leaks or mold, the buyer may try to seek legal action later when they find out about the problem.

This may be avoided if the seller hires an attorney to review their contract and even conduct the closing, he says. Some states require the use of an attorney for the sale. Typically, lawyers charge $300 an hour or more for their services, Christopher says, but the cost of good legal help is worth it.

Potential FSBO home sellers should make sure they research their market and assemble a skilled team to help, Wethman says. “No one thinks they need a professional until something goes wrong.”

More On Selling A Home: