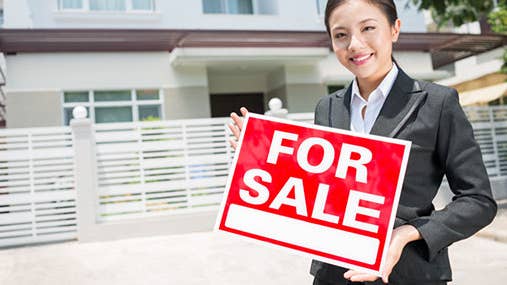 Homebuyers don’t want houses that stink. Sellers must identify and remediate odors that make prospective purchasers hold their noses and run for the exits.

Trying to sell this summer? A buyer’s market is a tough challenge, says Patti Ketcham, owner of Ketcham Realty Group in Tallahassee, Florida. You’ll need to make sure your house is in tiptop shape.

Unfortunately, it’s not always easy for sellers to identify familiar smells that might be problematic, says Neeraj Gupta, director of product research and development at ServiceMaster Clean, which performs major cleanups and post-disaster restorations of residential and commercial properties.

“There is no ‘odor meter,'” Gupta says. “People get used to the odor of their house and may not notice that something is not pleasant.”

The best way to find out whether a house smells OK is to “ask someone who doesn’t live there to come inside and give an opinion,” Gupta says.

The obvious “someone” would be the real estate broker hired to sell the home. But not all brokers will point out that a house smells bad, even if they’re willing to offer other helpful suggestions.

Ketcham, for one, says she’s not outspoken about odor issues. Instead, she offers to pass along any unfiltered “brutal truth” comments she hears from her colleagues who bring buyers to see the property. That way, the message gets delivered with less risk to her cordial relationship with the sellers.

“I will never be the kind that will come out and tell you that your house smells like cat litter or mothballs,” she says. “I would rip my tongue out first.”

The two most common sources of difficult and offensive odors are pets and cigarettes; neither of which, Gupta says, is easy to remediate.

The point might seem obvious, but the first line of defense in any smelly situation is to remove the source of the problem, even if that means a beloved pet must board elsewhere for a while.

“It’s kind of cruel,” Gupta says, “but if the pet is in the house, you’re introducing new odor every day. For people who have pets, over time, it’s a losing battle to get rid of the odor.”

Cat urine, among the worst of the bad odors, can seep into carpet fibers, carpet padding, concrete and wood floors, upholstery fabrics, and furniture cushions and pillows.

“Oftentimes,” he says, “you have to remove the carpet, remove the pad and seal the floor, and then replace the carpet and the pad.”

Cleaning the carpet might help. But Gupta warns that any humidity will raise the odor from the padding or floor beneath.

Cigarette smoke can cling to furnishings, drapes and other window coverings and work its way inside walls. Some topically applied solutions can help to reduce the stench, but an ozone generator, hydroxyl generator or air scrubber should be more effective, Gupta says. These approaches are “very effective in absorbing odors,” he says, though there is no guarantee that an odor can be eliminated completely.

One more tip: If someone suffers a long illness or dies in a home, a good airing may be adequate to remove any odors. In the case of a violent death, however, professionals who handle what’s known as “trauma cleanup” should be called to do the job. The cost could be $1,000 or more depending on the type of remediation and the square footage.

RATE SEARCH: Consider a home improvement loan to clean or renovate your home. Check your rate today with LoanMatch from Bankrate.

“It’s not like buying glass cleaner in a store and cleaning your windows,” Gupta says. “If you have that type of situation, it’s probably best to call a professional. It may be traumatic for you to do it yourself.”