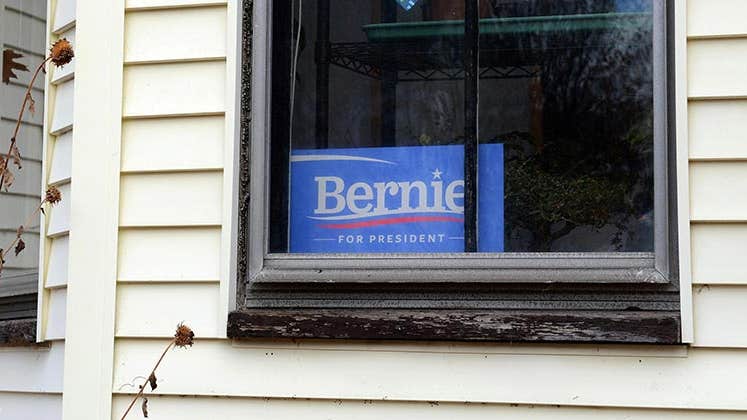 Planning to sell your house this fall? Hoping to influence your neighbors one last time about the presidential election?

No matter how strongly you feel about Hillary Clinton, Donald Trump, Gary Johnson or Jill Stein, their yard signs are not compatible with your “House For Sale” sign.

Peel the bumper sticker off your car and take the Bernie poster from your teenager’s wall.

“One of the most basic rules when selling a house is to neutralize it,” says Perry Pilgrim, principal broker for Abbitt Realty Co. LLC in Hampton, Virginia. Your political views rank with red satin wallpaper and pink ceilings in limiting the potential buyer pool for your home, Pilgrim says.

‘One of the most basic rules when selling a house is to neutralize it.’

“While a home should and does reflect the values, interests and background of the owner, when the house is on the market, it must have broader appeal — not just to buyers with tastes just like yours.

“Regarding political signs on a property for sale: Do not do it. Wouldn’t it be a shame if the house was perfect for a Hillary supporter but that prospect passed on it because there was a Trump or a Bernie poster on the wall?” Pilgrim says.

A sign or sticker for a candidate supported by a majority of locals could help to sell your house to someone of similar beliefs, says Geoffrey Skelley, associate editor of Sabato’s Crystal Ball at the University of Virginia Center for Politics.

So you’d probably be better off letting others put up signs this election year.

“As a veteran politico, I would say it’s not a good idea,” Robling says. “It introduces issues that are not related to the sale or purchase of the property itself. If you’re making such a statement about yourself, you might have fewer potential purchasers for your home.”

Chris Robling of Clearspan Strategic LLC in Chicago, who managed a GOP congressional race in 1984 in what is now House Speaker Paul Ryan’s district in Wisconsin, remembers volunteers apologizing because they couldn’t put up signs in their yards that election year. The economy was bad and some people blamed the policies of then-Republican President Ronald Reagan for their economic hardships.

“Republicans and Republican candidates were a bit self-conscious,” he says. “I remember volunteers coming in and saying, ‘I love our candidate. I want our candidate to win. However, my wife and I are trying to sell our house and move to Florida. I can’t put out a yard sign.

“I said, ‘Absolutely. You do what you need to do.’ That was years ago. In today’s polarized environment, I’m afraid it could be even more disruptive,” Robling says.

SEARCH RATES: Moving up to a new home? Find a mortgage deal today.

So feel free to sign up as a campaign donor and volunteer. But skip the yard sign. Perhaps your home will sell fast enough that you can put up a sign at your new abode.