Heading in the right direction

Buying a home that declines sharply in property value can put you underwater on your mortgage, erode your net worth and leave you unable to relocate for a new job or adapt to a change in household income. And one of the biggest factors that determines whether a home will rise or fall in value is its neighborhood.

“The places that tend to hold on to their value are places that basically do well across two primary dimensions that anyone can think about and evaluate neighborhoods by,” Schiller says.

These two criteria are access to jobs and access to amenities. Those and a few others can help you get a sense of where a neighborhood is headed. 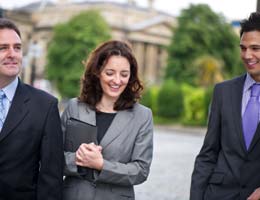 The single most important determinate of real estate prices in an area is employment opportunity nearby, Schiller says. Without that, a neighborhood is at risk of taking a free fall in real estate values.

There are a few telltale signs of areas with long-term opportunities for jobs, Schiller says.

A wealth of desirable amenities 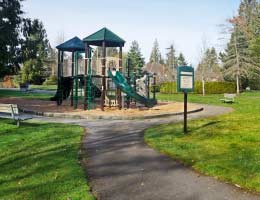 Having desirable amenities within the neighborhood is a second major factor in whether a neighborhood will appreciate or decline in property value, Schiller says.

In the world of real estate, “amenity” describes any asset within a community that people find desirable.

Schiller cites some examples of key amenities that can add value to a neighborhood:

Still, popular amenities by themselves aren’t a guarantee property value will remain high, especially if the neighborhood is located in an area with a small or sluggish local economy, Schiller says.

“Any bump in the national or regional economy, and people can’t find another job if they’re at a high wage level,” Schiller says. “When a high proportion of the value of real estate is based on amenities and not access to job opportunities, it is more vulnerable to collapse.”

“Those are the places most likely to dive because people will say, ‘I’m letting it go. I’m going to go back to where I can get my access to opportunity,'” he says. 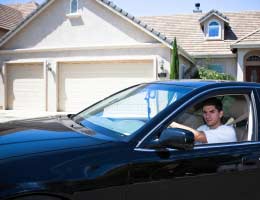 Doing a drive-through of a prospective neighborhood is a good way to get a gut feeling for where a neighborhood is now and where it’s headed, says Ken Shuman, a spokesman for real estate information website Trulia.com.

Shuman says every neighborhood probably has a couple of unkempt houses, but a pattern of neglect can mean a neighborhood’s property values may be headed on a downward slide.

“You usually go to open houses in the afternoon or in the morning, so definitely drive through the neighborhood in the evening,” Shuman says. “This is a big mistake a lot of people make, because they see it on a sunny Sunday afternoon and they think it’s a gorgeous area. But you don’t know what it looks like on a Sunday night or a Wednesday night.”

Features that stand out from surrounding areas 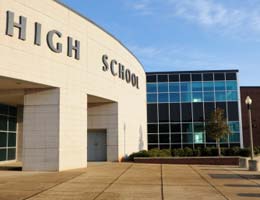 Schiller says the neighborhoods that protect homeowners’ values the most are those that combine good job opportunities and amenities in ways that are unusual for the area.

For instance, if you live in or around a metro area with poor schools overall, buying in a neighborhood that has good schools can keep your property values high even as the surrounding area falls.

Schiller cites the examples of Belle Meade in Nashville, Tenn., and Beverly Hills, Calif., both of which enjoy the access to opportunities of nearby urban centers, but also have amenities like excellent public schools and low crime rates that set them apart.

“These places just go out of control as far as value,” he says, weathering housing downturns much better than average. 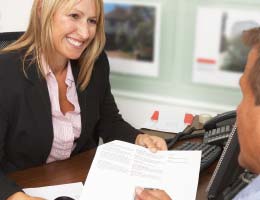 Consistently rising home values over the long term is a key sign a neighborhood will protect residential property value. The critical phrase there is “long term,” Schiller says.

He says looking at recent numbers can be misleading, especially since they’re likely to be heavily influenced by the recent boom and bust in the housing markets.

“You don’t want to look at only one quarter. One quarter can tell you, ‘Is it raining today or is it sunny today?'” he says. “But that really doesn’t tell you about the climate. You want to know, ‘Does it rain all the time here?'”

To do that, he advises potential homebuyers to look at property values and comparables going back at regular intervals over the past 20 years, predating the housing bubble.

Many websites can give you appreciation rates and median sales prices for homes you’re looking at, including NeighborhoodScout.com and Trulia.com. A real estate agent also may be able to furnish those numbers.