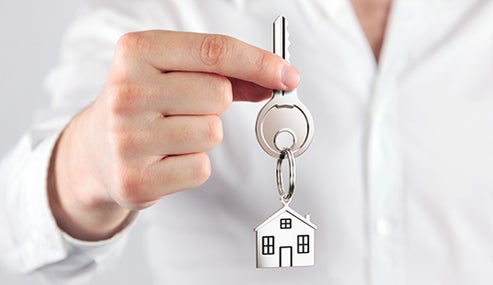 The percentage of U.S. households that owns a home has dropped significantly in recent years, and experts say this downward trend might well continue for at least several more. Still, housing is notoriously cyclical, and experts say the United States isn’t likely to become a nation of renters.

The trough after the peak

According to the U.S. Census Bureau, the seasonally adjusted national homeownership rate stood at 65.3 percent in the fourth quarter of 2012. That was a big dip compared with the peak of 69.4 percent in 2004 but comparable to the 65.4 percent rate way back at the beginning of 1996.

The decline has been larger than typical, but so was the rise that preceded it, explains Patrick Simmons, director of strategic planning for Fannie Mae’s Economic & Strategic Research Group.

“In addition to the severity of the recession, which definitely contributed to the larger-than-typical decline, there was also a somewhat artificial runup in the homeownership rate in the five or 10 years leading up to the recession,” Simmons says.

What’s more, the drop hasn’t been felt evenly across the generations. Instead, Simmons explains, “Elderly homeownership rates held their own, but there was an outsized decline amongst folks who were younger, particularly in the 25-to-34 and 35-to-44 age groups.”

Bad timing was one reason for the harsh effect on younger people. While many seniors are long-term homeowners who have substantial equity, younger people more likely bought at the peak of the housing boom, when prices were inflated and ownership was less sustainable.

“That probably contributed to the outsized decline amongst young households,” Simmons says.

These homeownership rates might be overstated because they don’t take into account the millions of people who are at least 90-days late on their mortgage payments. Those in this group shouldn’t be counted as owners, but rather as “renters in waiting,” says Sean Fergus, manager of research at John Burns Real Estate Consulting in Irvine, Calif.

“A number of people have been living in their homes for a year without making payments. There’s no way they’re going to recover that and pay back 12 months’ of skipped mortgage payments. They’re just riding it out until the foreclosure proceeding actually occurs,” Fergus says.

Fergus says excluding these folks pegs the true homeownership rate today not at 65.3 percent, but more like 62.1 percent, the lowest level in nearly 50 years.

Homeowners in neighborhoods that were hard-hit by foreclosures might well be dismayed by low homeownership numbers. But Fergus notes that many vacated post-foreclosure houses are likely to be reoccupied by renters, including some former homeowners.

“As long as there’s a tenant, usually someone who was a single-family (homeowner) who got displaced and is looking to rent for three years until their credit repairs, that’s going to add stability to any kind of neighborhood,” Fergus says.

Eventually, he predicts, about 70 percent of displaced homeowners will buy again, pushing the homeownership rate back up to 66 percent. But that won’t happen anytime soon. More like 2025.

Young people might not rebound quickly into homeownership due partly to higher consumer and student debt.

“Qualifying for a mortgage is significantly more difficult for a lot of people who are coming out of college with $50,000-plus in student loans,” Fergus says.

Still, many aspire to own

That’s not to say people of any age have lost the desire to own a home. Rather, just the opposite is the case, according to a recent Fannie Mae survey of 10,000 people.

“The desire for homeownership and plans for homebuying have held up remarkably well,” Simmons says. “It doesn’t seem that there has been a substantial deterioration in terms of folks’ long-term aspirations for homeownership, and that includes those young households.”

Leslie Appleton-Young, chief economist of the California Association of Realtors in Los Angeles, also says the suggestion that young people have decided to remain renters for life isn’t credible.

“A lot of young people don’t have jobs, don’t have a down payment. Their credit is shot because they’ve gone through a bankruptcy. That’s more of a dominant issue with respect to demand,” Appleton-Young says. “I don’t know if I believe they don’t want to own homes anymore.”