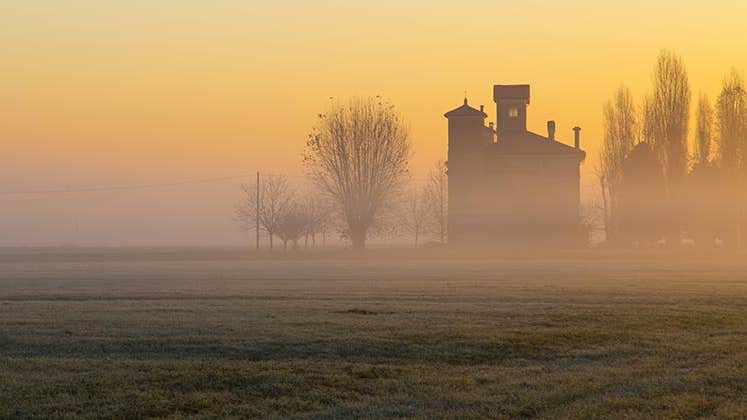 Excited to tour a haunted house this Halloween? For a real thrill, try selling one!

As strange as it seems, Realtors encounter haunted house scenarios with some frequency. In fact, California real estate broker Cindi Hagley was approached to sell so many chilling Victorians in and around San Francisco that she founded Past Life Homes, a nationwide resource to help frightened sellers get top dollar. Today, “stigmatized” homes comprise 3% of her business.

“Is it freaky? The best way I can describe any haunting is, it feels like cold electricity to me,” she says. “If it’s friendly, I can handle it. If not, I have business partners who can ‘clear’ the home.”

If your house is haunted, could it affect your home sale or listing price? Should you tell your Realtor? And if you do, must he or she disclose it to potential buyers?

A Wright University study found that so-called “stigmatized” homes where murders, suicides or violent crimes occurred spent 45% longer on market than nonstigmatized properties. According to the National Association of Realtors, only 15% of U.S. homebuyers would pay full price for a stigmatized home, while 20% would expect discounts, ranging from 31% to 50%.

The disconnect? Few states require sellers to disclose anything more than a home’s “material facts,” such as:

Just a handful of states, including California, require sellers to disclose “stigmas” such as deaths on the property or whether the home is “open and notoriously” known to be haunted or a crime scene.

“In those states, the law itself does not recognize the term ‘haunted,’ but they do recognize the term ‘stigmatized,'” says Bonnie Vent, a San Diego-based psychic medium, energy clearer and author of “Is My House Haunted? A Practical Guide.” “I know of at least one court that let the buyer out of the sale because the seller made it commonly known she felt the house was haunted but didn’t make it known to the buyer.”

Software developer Roy Condrey admits he felt “creeped out” whenever he worked inside his rental property in Chapin, South Carolina. Once he discovered that 2 previous residents had died in the home due to complications from AIDS, he decided to save others a similar shock by creating DiedInHouse.com, a nationwide database that connects users with the death records of specific addresses.

“It’s not fair for a buyer not to know because it’s not a comp (market comparable),” Condrey says. “A haunted house just keeps tiering down in price until it forecloses, goes up for bank auction, and the buyers find out after they’ve moved in and can’t do anything about it.”

And it’s not always the undead that make a haunted house unnerving.

“These houses become local tourist attractions. People drive by on Halloween, pointing and taking pictures,” he says. “You can go online and look up the “Amityville Horror’ house or the O.J. Simpson house. They’re dark attractions.”

42% of Americans believe in ghosts

Condrey says about 4.5 million U.S. residential properties have a record of death on premises. So far, he’s sold more than 70,000 property reports to cautious buyers.

“Just like they label a house ‘stigmatized,’ people are afraid to be stigmatized by belief in ghosts,” he says. “There’s a Harris poll that says that 42% of Americans believe in ghosts. If that’s true, that’s 150 million people who admit it. But there are a lot of people who won’t because they don’t want to be stigmatized for believing in it.”

While it’s not typically in a listing agent’s best interest to disclose more than state law requires, Hagley encourages all sellers to level with their Realtor about a home’s paranormal activity.

“Guess what: A haunted or stigmatized home marketed properly doesn’t need to sell for less than market value,” she insists. “If a home has paranormal activity, I’ll have at least 3 or 4 offers, and I won’t disclose that activity until the offers come in. Once I do, now ego comes into play. At that point, I may have a couple of offers drop out, leaving me 1 or 2 buyers I can work with.”

A “dead and breakfast?”

As with any listing, Hagley recommends staging the home for broad appeal. Should she sense paranormal activity, part of that staging may involve a spiritual clearing by any number of specialists, from psychics, priests and rabbis to Feng Shui masters. And she’s not afraid to propose a sleepover to reassure nervous buyers.

“If they’re concerned, I might say, ‘Hey, why don’t you test drive the home?’ On a weekend, I will have the seller stage the home, have catering come and let the potential buyer live in the home for 2 or 3 days and experience what it feels like to them,” she says. “We’ll do anything that makes both the buyer and seller feel comfortable with the transaction and maximizes the value of that home.”

As for the “dark tourism” trend, Hagley says don’t bet on a flood of buyers interested in turning your home into a haunted “dead and breakfast.”

“I’ve never met one legitimate buyer who has said, ‘Hey, I want to buy a haunted house,'” she says. “I’ve had people who say it doesn’t bother them, but anyone who says they specifically want a haunted house hasn’t panned out.”

RATE SEARCH: Don’t have much of a down payment? Search today for a low down-payment mortgage on Bankrate.com.