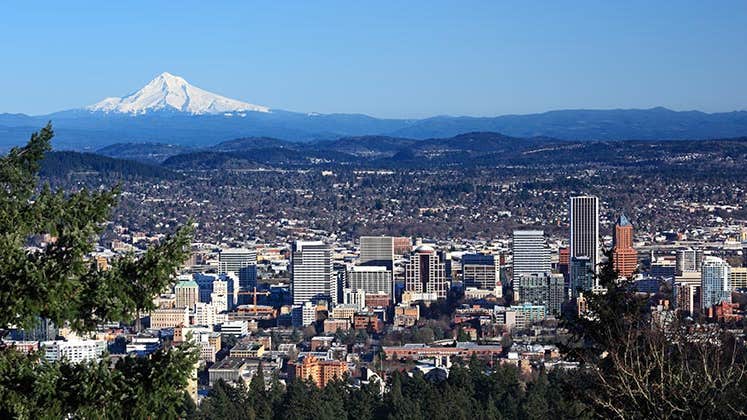 Statistics can tell a lot about general trends in a place, but they don’t tell the whole story.

No data set is perfect, and generalizations you draw from them don’t always capture the reality on that ground.

So, as part of Bankrate’s first ranking of the best and worst U.S. cities for homeowners, we went to homeowners themselves in cities that ranked high in our comparison, and one that ranked low.

RATE SEARCH: Know the area where you want to buy a home? Start shopping today for a mortgage on Bankrate.com.

Here are their perspectives on homeownership in their cities:

Toby in Portland, Oregon, ranked No. 1

One of the few areas where Portland didn’t have top marks in our rankings was affordability — rising housing prices are taking an increasingly large bite out of households’ incomes there.

Toby Schmidt is all too familiar with Portland’s rising housing costs. He and his wife, who is pregnant with their second child, bought their home this year after a sometimes frustrating search.

“The Portland market is just so crazy right now, and we felt pressure to buy just because the prices don’t seem like they’re going down anytime soon,” Schmidt says. “One place went on the market Friday afternoon. We put in a bid over the weekend for $20,000 above what it was listed at, and our Realtor told us we weren’t even close.”

Now that they own their home in the Gresham area east of Portland’s downtown, “it’s been fine,” says Schmidt, who works as an operations manager. Their water bill is higher than what they would pay elsewhere, and there’s little rhyme or reason to Portland’s property taxes, but other than replacing the dishwasher, homeownership so far has been trouble-free.

“Looking at what we paid versus what you can get in other areas of the country is kind of depressing, but then I go on a hike up to the mountains and feel better about life,” he says.

Russell in Atlanta, ranked No. 3

Russel Gottschalk and his wife, both in their early 30s, bought their home in 2015 and so far, things have been good.

“I feel fortunate that I was able to find a home when I found it. I think the single-family home supply in Atlanta is fairly low,” he says.

Gottschalk, who runs an Atlanta-area nonprofit, says their biggest issue to date has been making “several thousand dollars” in needed repairs.

“We updated the gutters, we had to fix some plumbing issues, so we’ve had to invest more money into our home as homeowners than we ever did as renters,” Gottschalk says.

Still, he feels he paid a fair price for the repairs, and says “it’s great to be able to build equity and to create a space and to continue to refine that space into a place that we’re really comfortable and happy to call home.”

One unexpected benefit of buying a home instead of renting? Gottschalk and his wife have developed a flair for gardening. 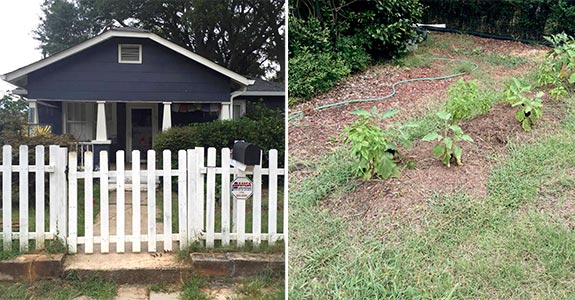 Photo courtesy of Russell Gottschalk and his wife

“Now that we own land and can invest in a garden, I’ve been really pleasantly surprised at how delicious these vegetables — like, we made these things,” he says. “So I think that’s a cool piece of homeownership.”

Jennifer in Las Vegas, ranked No. 4

Jennifer Case, a legal secretary, was younger than most when she bought her townhouse in the Silverado Ranch area of greater Las Vegas.

“I was raised to be pretty frugal,” she says, which is what gave her the motivation to buy her home at the age of 22.

“I was in college and I was at a point where I didn’t want to live with my parents anymore, but I also didn’t want to be throwing away rent on an over-priced apartment,” she says. “It was the best choice for me, and I really like it. I love being in control of my home and what I do with it.”

Case says the two costs of homeownership had to do with financing; she admits to sticker shock when she saw just how much interest she’d be paying over the life of her mortgage, and private mortgage insurance ended up being more than she expected.

The hot summers can also get costly.

“I’d say that over the summer my energy bill is at least $100 more a month, which definitely is frustrating,” she says.

Other than that, Case has few complaints. She bought her house on a short sale for $107,000 in 2011 as home prices bottomed out in the Las Vegas area, and now estimates she has around $70,000 worth of equity.

The best part: Even though the home was a short sale, she hasn’t had to put much into fixing it up.

“I got really lucky,” she says.

New York landed near the end of our ranking, but that’s not reflective of Eric Rivera’s experience as a homeowner in the city.

Rivera, a New York State employee living in Queens, and his partner purchased a co-op in Jackson Heights almost 2 years ago, after realizing that they could afford to buy a place that would meet their needs for what they were paying to rent.

Rivera says his overall experience has been really positive. His home is convenient to good public transit, and he’s glad to be off the apartment-hunting treadmill. 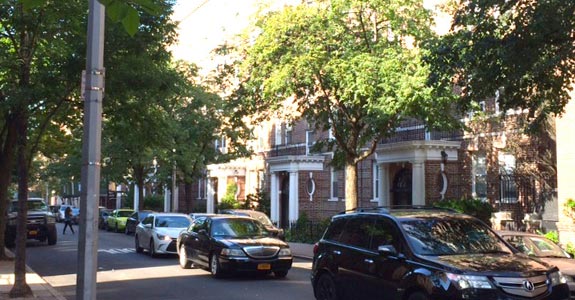 The financial benefits have been there as well. A real estate agent who recently sold a unit in his co-op gave him a price estimate for his own unit that was nearly $100,000 higher than his original purchase price.

“It was very comforting to know that it had increased that much, that quickly,” Rivera says.

As far as the costs of ownership, including maintenance and insurance, Rivera says that for the most part, they’re fair. He says that he and his partner definitely considered them before buying, and haven’t really been blindsided by anything so far.

“If you do your homework and you compare different contractors — electricians or what have you — you can get pretty good deals,” he says.

RATE SEARCH: Ready to buy your first home? Shop today for a mortgage on Bankrate.com.