Who won and who lost in the recession 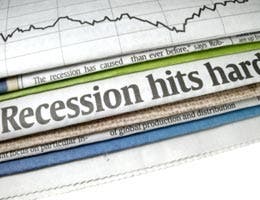 The recession’s winners and losers

The Great Recession may have officially ended in June 2009, but for most Americans, its impact will last a lifetime.

The numbers — 8.4 million jobs lost, double-digit drops in housing values, the 7,000-point plunge in the Dow Jones industrial average — don’t begin to paint an accurate picture of the perfect-storm-like course correction that has devastated so many while leaving a select few all but untouched.

For those hardest hit, including the middle class, pre-retirees, recent college graduates and homeowners, the process of recovery may be life-changing, according to Don Peck, author of “Pinched: How the Great Recession Has Narrowed Our Futures and What We Can Do About It.”

“The most important economic trend in the United States over the past couple of generations has been the growing economic disparity, the sorting of Americans into winners and losers, and the hollowing out of the middle class,” he says. “The housing bubble of the past decade masked that trend, but the crash blew away that fig leaf. The recession has pressed down especially hard on the blue-collar middle class.”

With one eye cast wearily toward the possibility of a double-dip recession in the coming months, here is a limited accounting of the winners and losers of the Great Recession, so far.